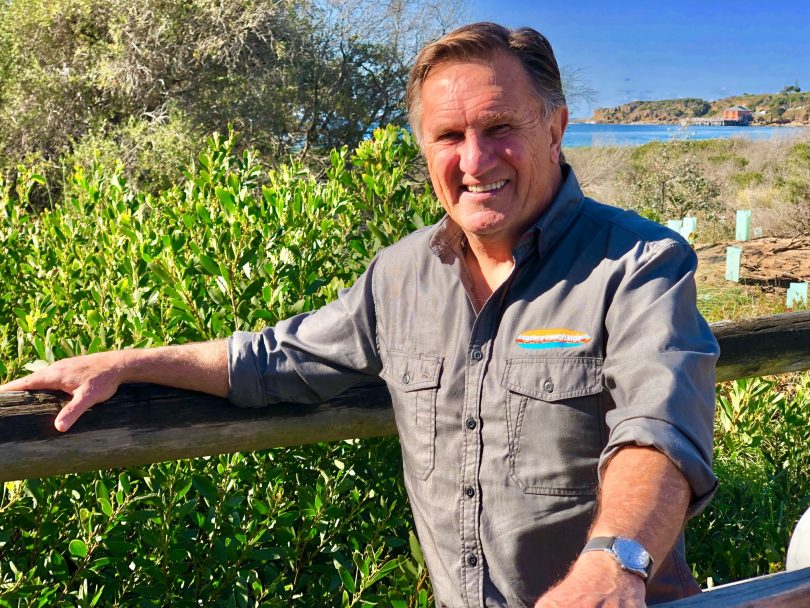 Speaking to him in the week following his recent Logie win, it seems short retreats at home base in the Bega Valley are key to keeping him going.

Mind you, life in the Bega Valley has contributed to his busy schedule lately, having volunteered to direct Spectrum Theatre Group’s smash hit season of ‘Ladies in Black’ at the Bega Civic Centre. A cast and crew of over 50 people which included his wife Michelle Pettigrove, a performer in her own right, and teenage daughter Georgia.

“We sold out eight shows, everyone was very very proud of their community putting on such a fabulous show.

“It’s an example of what will be coming as we go forward and get the new theatre up and running [Twyford Theatre, Merimbula].”

At the high point of the local production, Frankie had to juggle a dash to the 61st TV Week Logie Awards on the Gold Coast, effort that paid off – winning the Most Outstanding Supporting Actor Logie for his role in Channel Seven’s series A Place to Call Home.

“It’s voted by your peers – other actors and directors, and as I’ve discovered it carries tremendous cachet,” he says.

Despite being on our TV screens for decades, this is Frankie’s first Logie win.

“People just walking on the street are thrilled to bits. It’s humbling.” 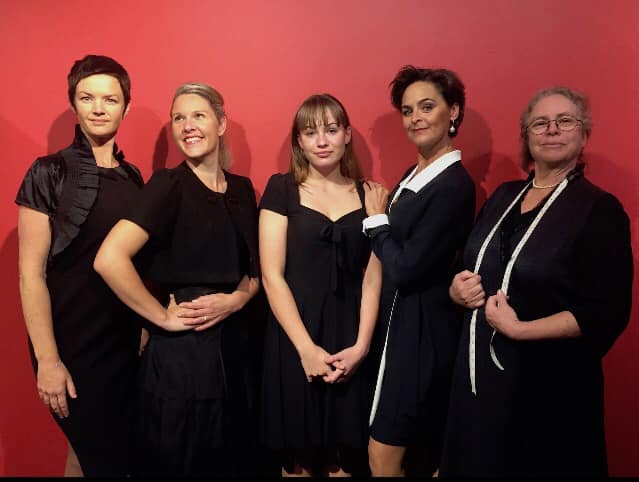 Frankie’s character in the TV series was Roy Briggs – a man of the land living in the days following the Second World War. His own country roots inspired the performance.

“My mum grew up in Bendemeer, near Tamworth. I used to visit nan and pop and my uncles and cousins there as a kid,” he remembers.

“They could do things I wished I could – ride horses, shear sheep, shoot and skin rabbits, they could slaughter a lamb and have it cooking that night for dinner.

“They were heroes to me, so to get this opportunity to portray Roy Briggs and bring those uncles back to life was a great honour and thrill.

“And I hope I did it justice [because] it’s a very hard time to be a farmer at the moment, I hope I gave them some self-pride and self-respect in the way I portrayed that character.”

LIVE at Tathra Beachside with Frankie J Holden on the back of his Logie win.

Posted by About Regional on Monday, 8 July 2019

As we speak on the sun-drenched deck of a cabin at Tathra Beachside, a caravan park Frankie and Michelle are part owners of, this fresh-faced veteran of the Australian entertainment industry is thinking about his next job.

“I am in the middle of doing some work on Home and Away so I’ve been on the plane and off the plane – running myself ragged,” he says.

It’s work that might set Frankie up for another Logie nomination.

“It’s a great night [the Logies] it’s a chance for everyone to reflect on how lucky we are to work in the industry and do something we love, and make a living – I never forget that, ” he says.

“I use it as an opportunity to catch up with people. The only thing wrong with it [Logies] is that they want you to turn up at about 4 o’clock and they immediately put a glass of champagne in your hand and it goes downhill from there.

“But it’s a wonderful night to celebrate homegrown talent.”

Frankie says he enjoyed Tom Gleeson’s opening monologue of the night but does think he “blotted his copybook” with his Gold Logie acceptance speech.

“I don’t think he expected to win and he’d had a few ‘reds’ so by the time he got up on stage he was – tired and emotional, he did come round in the end,” Frankie smirks.

“I hope that doesn’t stain the rest of his career.” 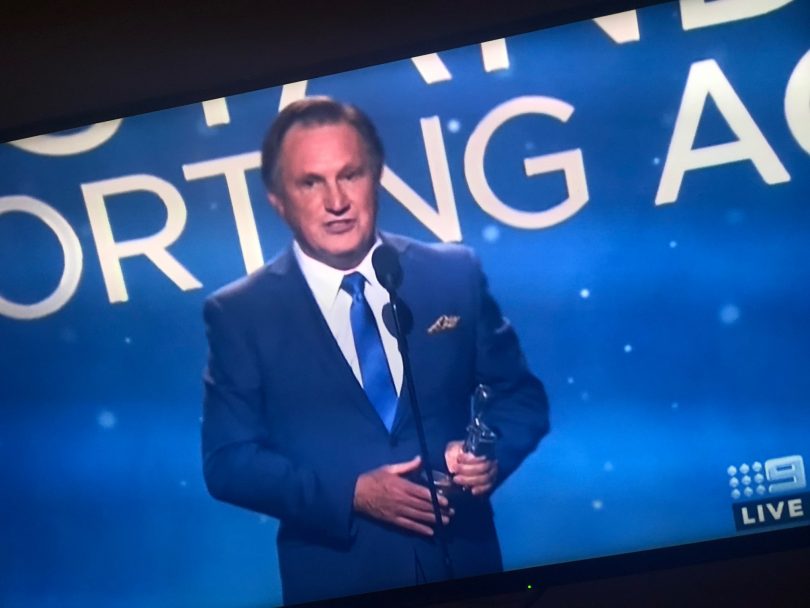 In terms of his own ‘place to call home’ and busy career, Frankie chooses to live a long way from the bright lights of his trade – Merimbula.

“I catch maybe 100 flights a year, the airport at Merimbula was one of the reasons why I thought this could work,” he says.

“If people aren’t prepared to pay for the airfare I just won’t do the work, it’s just a commute to me.”

“I can cherry pick what I do – if it’s interesting if it’s something that will stimulate me and if they [employers] make it easy for me to keep coming back home…or if it’s rock n roll!

“For example, I knocked back Muriel’s Wedding the Musical because I would have been away for a year and not have got home – I just don’t want to do that.

“We moved here in 2004 (from Melbourne), my wife Michelle – her family were here.

“I love the fact that in the main street of Pambula or Merimbula you’ll see a real cross-section of genuine Australian life, and there’s the natural beauty of the area.

“I’ve travelled all over Australia and a lot of the world and this [Bega Valley/Sapphire Coast] is one of the best parts I’ve seen from an all-around point of view.”

Outside of his current stint on Home and Away, Frankie can be seen performing his beloved rock n roll regularly at Tathra Beachside.

Margaret Freemantle - 17 minutes ago
Krystal Zoe can you explain that to me? View
Krystal Zoe - 24 minutes ago
David Warner those over 50 are far less likely to obtain the same blood clotting that those under 50 are. View
David Brown - 27 minutes ago
Lin Van Oevelen I just want to know what magic change happens as you age that protects you against Astra-Zeneca. Why is a 29... View
Lifestyle 63

Gabriel Spacca - 47 minutes ago
So the pandemic is over, is it? Good to know.... View
Elroy Jones - 54 minutes ago
Keran Niquet I know plenty of people from Belco who love it. And, when stage 3 lands they’ll love it even more! View
HiddenDragon - 3 hours ago
"Minister for Transport and City Services Chris Steel said Canberrans were clearly embracing light rail because of the greate... View
Opinion 14

HiddenDragon - 1 hour ago
The attractiveness, or at least acceptability, of online learning for international students will surely depend on whether th... View
Janet Mulgrue - 2 hours ago
I did my masters by correspondence before the days of online study. I found it great as I was also working full time. I was a... View
Anissa Jones - 3 hours ago
An article written by a non-teacher commenting on educational practices. What’s wrong with this? Hrmmm Could it be he has n... View
Community 2

@The_RiotACT @The_RiotACT
The story of playwright, farmer & war hero Millicent Armstrong isn’t widely known, but actor Dianna Nixon will be bringing it to life at the Gunning Arts Festival this month https://t.co/uYoRhqQmOy (41 minutes ago)