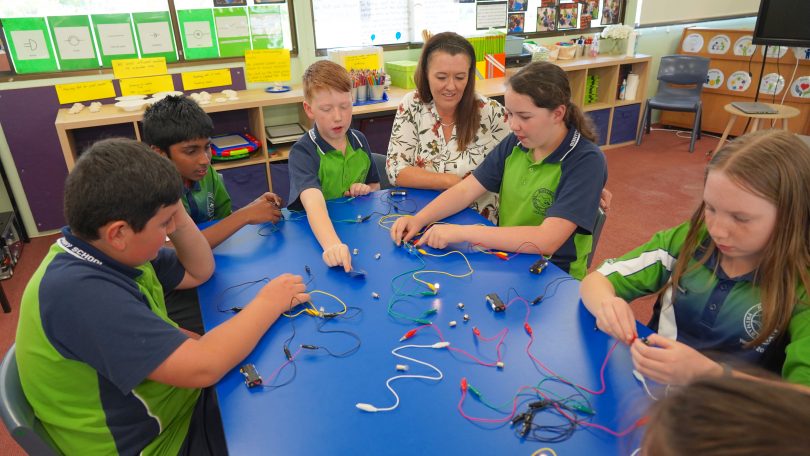 “The classroom is going to smell of sardines,” says Bonython Primary School science teacher Sarah Fletcher as she prepares to open a tin of oily fish to a group of five-year-olds as a way of showing the space living things need to survive.

“We’ll be talking about space and asking if a tin of sardines is a viable amount of space,” says Sarah. “If these sardines were still alive, could they live in this space?”

Sarah – or Ms Fletcher to her students – is renowned for her imaginative teaching practices which are driven by a firm belief that real learning can only happen when students form an emotional attachment to what is being taught.

The award not only recognises Sarah’s contribution to the STEM – science, technology, engineering and mathematics – program at Bonython Primary School, but also the wider education community in the ACT.

The award is recognition for the countless hours spent outside of the classroom where Sarah prepares the classes in which young minds become inquisitive.

She has also been a member of the Science Educators’ Association of the ACT council for 15 years, leading professional learning sessions for primary science education, including the annual primary science teachers’ workshop. Sarah also leads the Australian National University’s Science Enrichment Event to promote science in the Tuggeranong region.

She says it’s the questions that young minds ask that gives her the most joy, particularly when those questions unlock their own breakthrough. 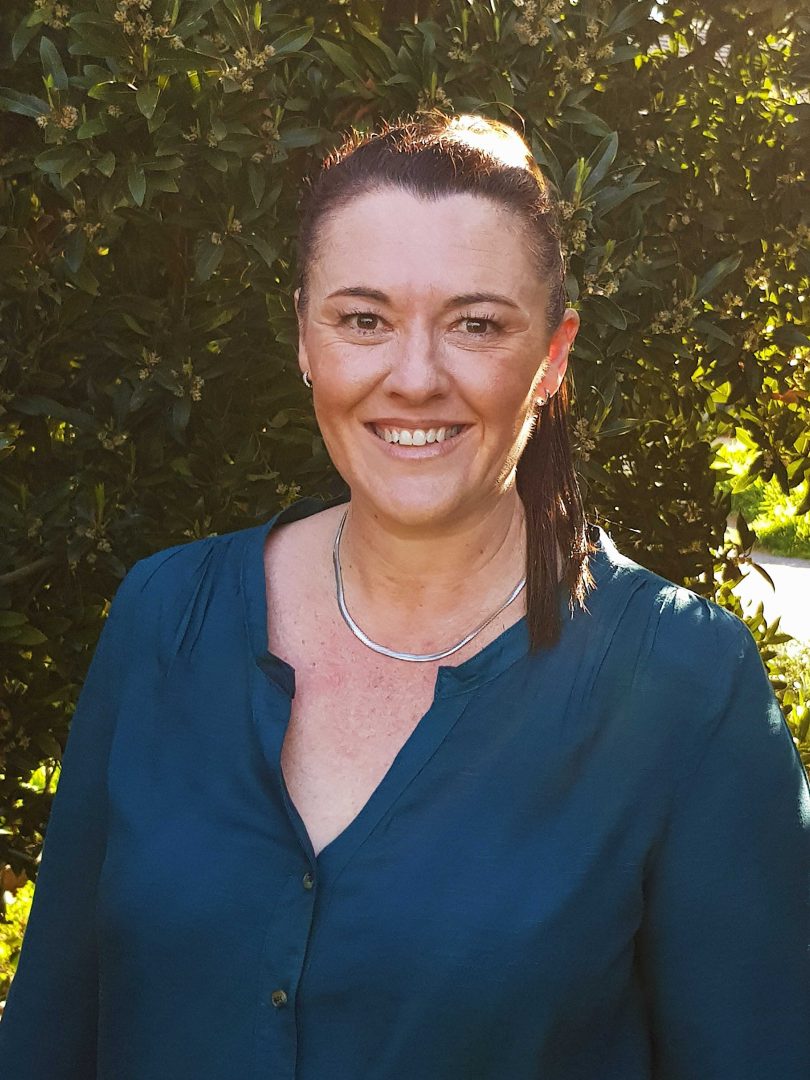 “My hope is that one day no student will ever say, ‘I’m not smart enough to be a scientist,’” says teacher Sarah Fletcher. Photo: Supplied.

“A lot of people just do an experiment and say they’ve done science, when in fact all they’ve done is a cooking class,” Sarah tells Region Media. “When it all clicks for them is when they have had trouble finding the answer.

“You can tell kids facts about the world until you’re blue in the face, and they’re not going to remember that because they only have an understanding about how the world works through their own personal experience.

Sarah says the award is recognition of the work outside of the classroom that all teachers put into their lessons.

“This award is recognition for the extras that teachers do,” she says. “I don’t think people realise that teachers get just two-and-a-quarter hours’ of planning time per week. I challenge anyone to plan for standing in front of 25 six-year-olds.

“It will often take me an hour and a half to set up for a 45-minute lesson. I often do that at seven o’clock in the morning.”

Sarah recently connected a class of year one and year two students who were interested in snakes with the ACT Herpetological Association. Her ladder of learning has also drawn praise from colleagues at Bonython Primary School. 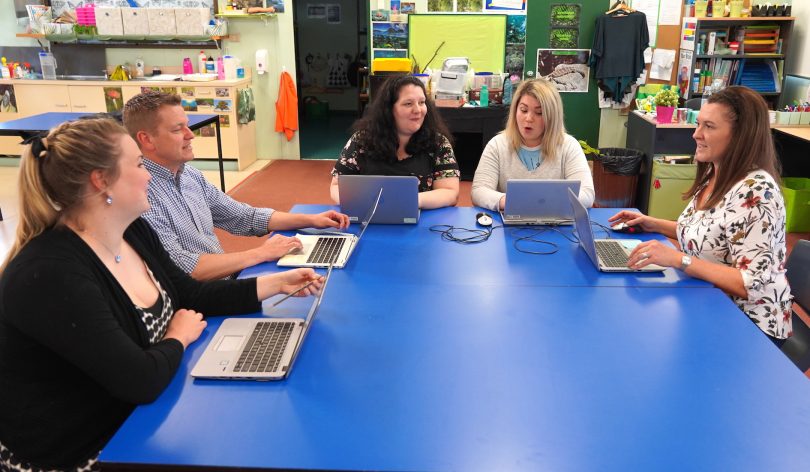 “Mrs Fletcher actively seeks opportunities for students to engage in science beyond the classroom, enthusiastically encouraging participation in external programs and arranging enrichment within the school and the wider ACT system,” he said.

Sarah describes watching her students learn as being like seeing them take their first steps.

“All children are born scientists,” she says. “They’re full of questions and have a thirst to find answers. My role is to make sure they never lose that thirst, and to create a safe space for them to voice their questions and work towards answering them.

“My greatest sense of achievement is when I run into former students who are excited to tell me about their success. There’s nothing that can come close to sharing in the excitement they have in their achievements.

“My hope is that one day no student will ever say, ‘I’m not smart enough to be a scientist.’”

The video below shows Sarah talking about her work: 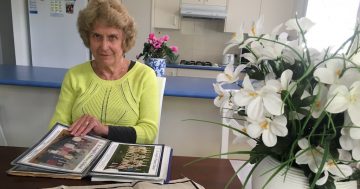 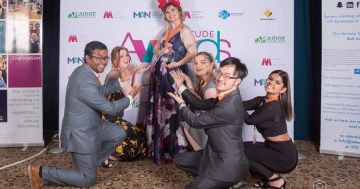