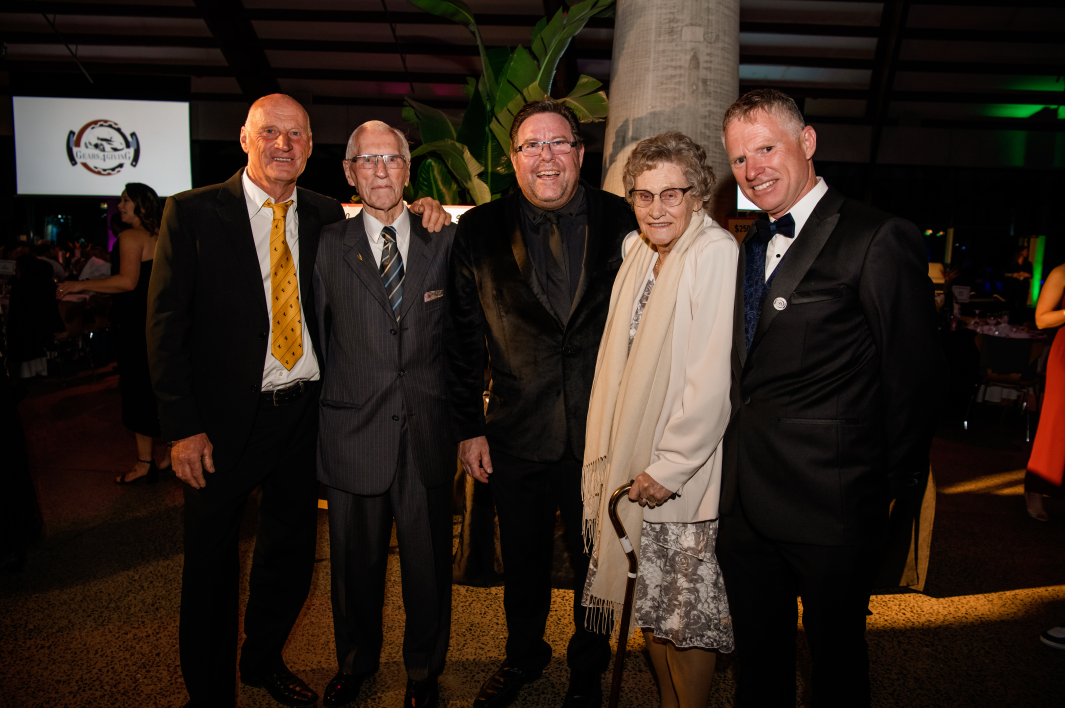 Among the rumble of exotic cars converging at the National Arboretum, more than 250 Canberrans recently came together to raise over $200,000 in funds for Canberra charities and community organisations.

Third-generation builder Darrell Leemhuis said it was an honour to give back to the community that had given him and his family so much.

“Canberra has been wonderful to my family over the generations, and in honour of all that Canberra has done for us, it was time to give back,” he said.

“Something I do know is that Canberra is one of the most giving communities per capita in Australia, and we just don’t think we need to give here, but we do.”

And give they did. 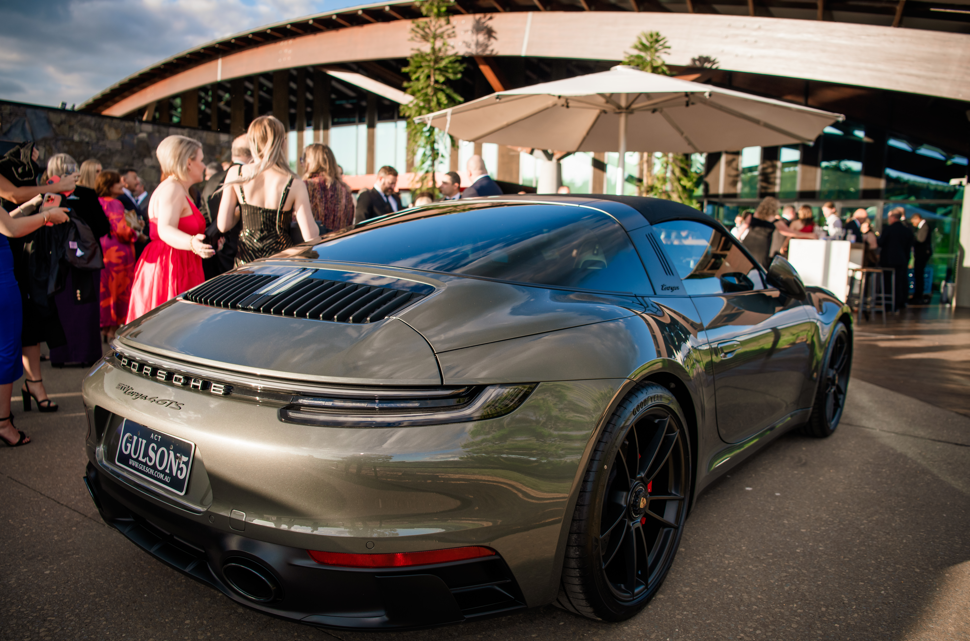 Luxury and rare vintage cars set the backdrop at the Gears for Giving event staged by A+P Leemhuis Builders and Asset Construction Hire to raise funds for Hands Across Canberra.

Guests purchased 25 tables at the charity event for which Leemhuis had lined up gourmet food, Shane Jacobson as MC, live music from Mushroom Cloud and entertainment from comedian Hamish.

The car-themed event filled the auditorium with Aston Martins, Ferraris and Porches and beautiful vintage vehicles, including a rare 1956 Hudson.

Here, guests were encouraged to “give where they live”, with charitable activities guided by Hands Across Canberra.

This included presenting 20 specific fundable projects from helping kids access PCYC programs to improving the building at Home in Queanbeyan and purchasing equipment for the Perinatal Wellbeing Centre, all of which received a collective $75,000 on the night.

Galilee School, Pegasus – Riding for the disabled and Beryl were awarded $20,000. 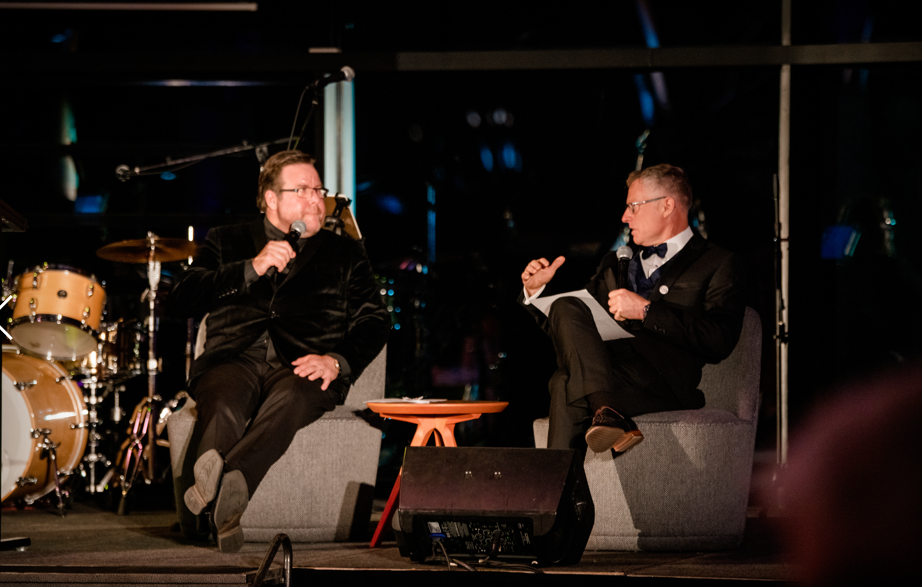 “We ended up smashing that goal, and because all the costs were underwritten by the Leemhuis family, all the funds – everything from the raffle, the dinner and so on – every dollar will go towards charity.”

Mr Gordon said the event benchmarked how business leaders could support the community that supports them.

“What the Leemhuis family achieved that night laid down a challenge to all business owners,” he said.

“Most businesses survive because of their great networks. This outcome proves that if you create a conversation around generosity and gratitude, those networks react because motivators have pulled the trigger.

“If everybody did that for the good of our local community, the results would be astronomical.” 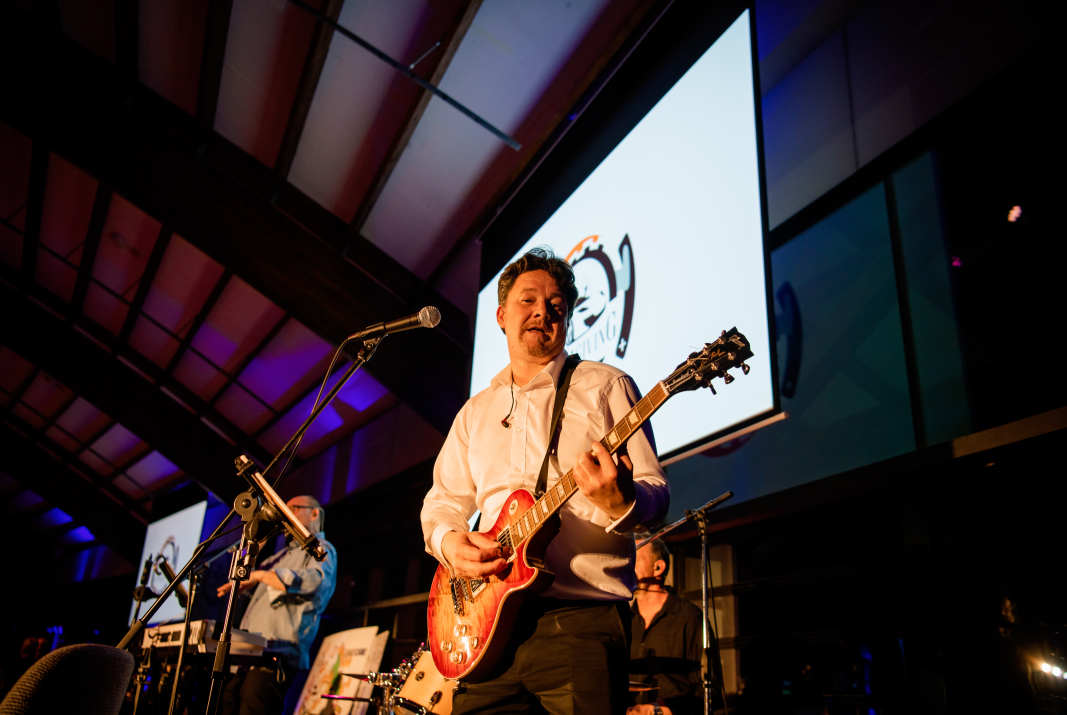 A musical interlude in a night of giving.

Mr Gorden added the more than $200,000 raised in just one event would “actually change lives”, and he hoped the event would become a regular feature of the Canberra philanthropic scene.

Last year HAC contributed and facilitated around $3 million worth of good works in the community and has lofty goals for the future.

“Direct contributions from businesses like the Leemhuis family allows us to see the path to that foundation.

“What Darrell and Melinda achieved on 4 November will go into the storybooks of Canberra philanthropy. To deliver such an elaborate event and to get 250 kind people into a room and letting them leave happy to have helped is a tribute to all involved.” 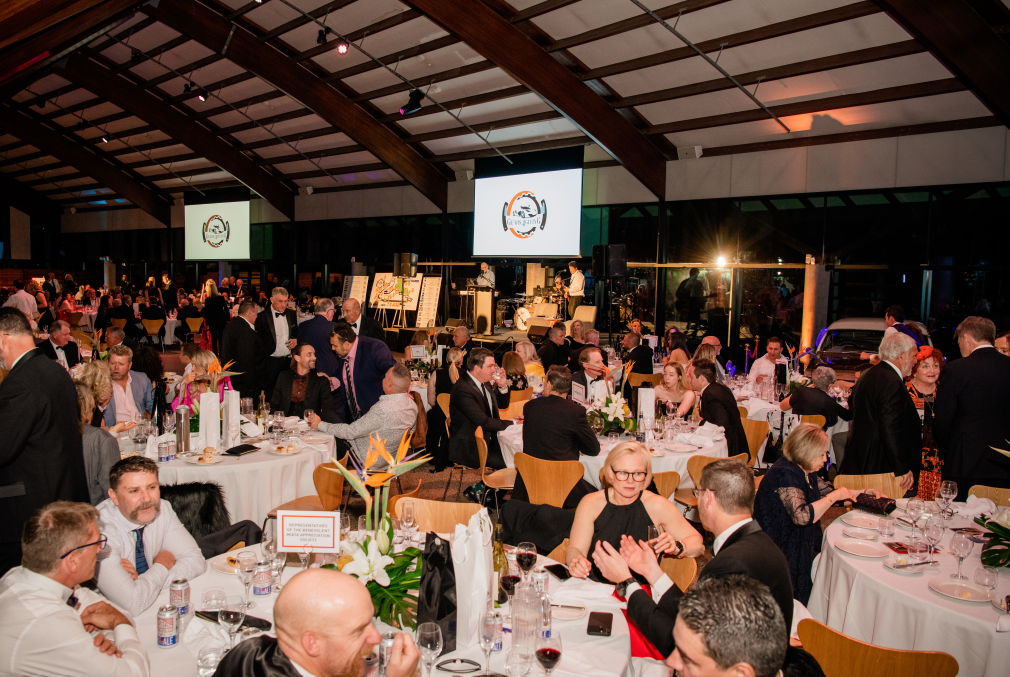 Gears for Giving took place at the National Arboretum.

The benefitting charities and projects on the night were:

To find out more, visit Hands Across Canberra.

Jodie Leemhuis this is outstanding!

Brandon Primrose it sure is! 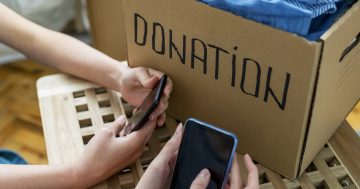 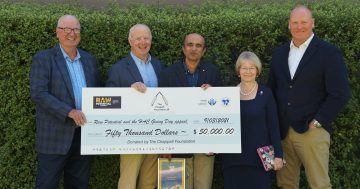 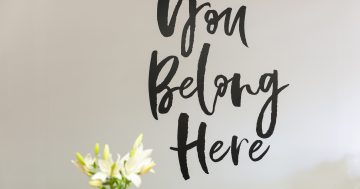 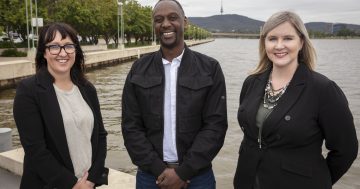