Get baking: Raising funds for the Neonatal Intensive Care Unit can be a piece of cake 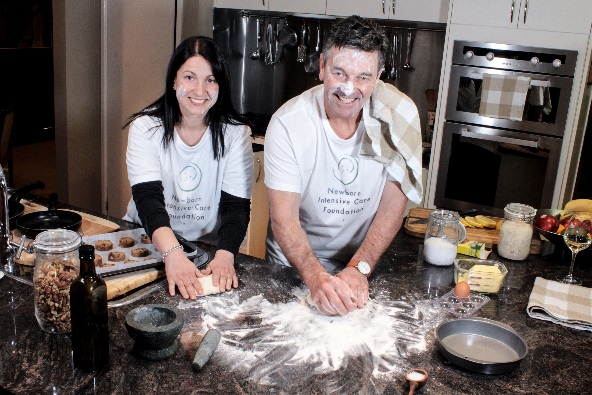 If you have ever been to a neonatal intensive care unit and seen the tiny bodies clinging so tenuously yet tenaciously to life, you will appreciate the technology that makes it possible and the cost of keeping these ‘miracle babies’ alive and well.

All money raised by the NICF funds medical equipment, research and nurse education to help sick and premature newborn babies of the Canberra region.

Bake for Babies – in which participants bake goods and sell them to friends, family and colleagues – last year raised over $55,000 that went towards the purchase of a humidicrib transporter, for better transport to and from the Centenary Hospital.

This year’s campaign is now on until the end of July and the target is $90,000 to fund four CO2/oxygen monitors that will help prevent blindness, lung injury and permanent brain damage in sick and premature newborn babies admitted to the NICU. 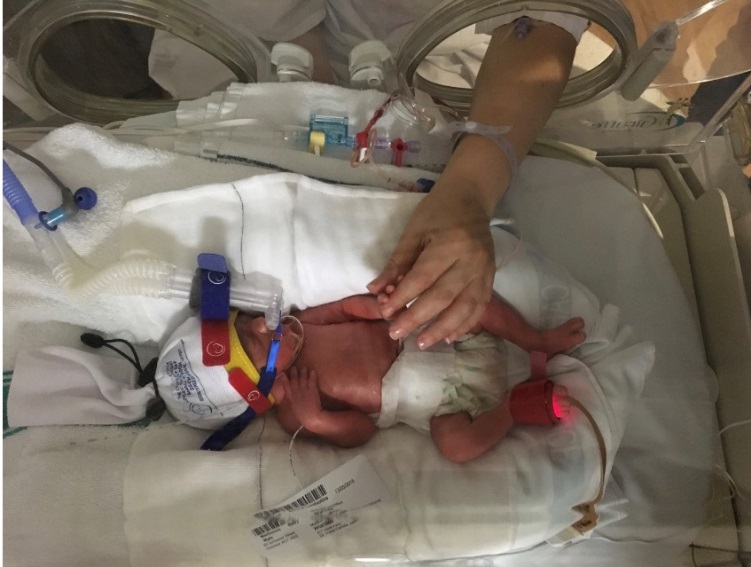 Kristijan in the NICU. He was born three months premature at 27 weeks. Photo: Supplied.

Bake for Babies Coordinator Tina Martinovic, whose own baby was born three months early at 27 weeks and spent 83 days in hospital, said the likelihood of reducing brain, eye and lung damage made this technology a must for looking after the tiniest and most fragile of our newborns.

“Our son, Kristijan, had Retinopathy of Prematurity (ROP), an eye disorder that primarily affects premature newborn babies. It is a complication that can lead to blindness, which is why these monitors are so important,” she said.

With access to such medical equipment and the best healthcare professionals, Kristijan, now two years old, can see. 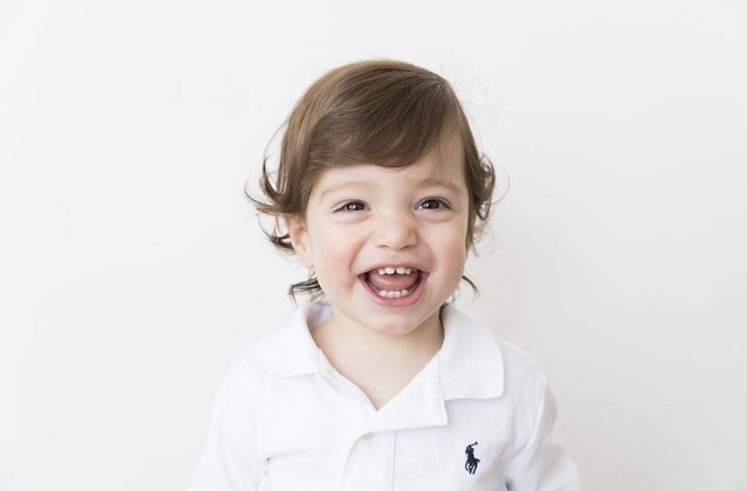 NICF Founder/Chairman and 2016 Australian of the Year, ACT Local Hero Peter Cursley said premature babies in the NICU were fragile and sensitive to sudden changes in oxygenation and carbon dioxide levels which can interfere with the normal development of their eyes, lungs and brains.

“Optimal oxygenation monitoring is critical in the NICU to detect rapid changes in the baby’s respiratory status,” he said.

“A sensor is gently applied to the baby’s body and continuously measures blood gases diffusing through the skin. This form of monitoring in sick babies provides a real-time overview of the baby’s often fluctuating oxygenation and ventilation status. This not only minimises blood sampling from the fragile baby, but the continuous information allows doctors and nursing staff to intervene immediately should any changes in the ventilation or oxygenation status occur.”

Peter and Tina are urging people to get involved. “It is so easy to help. Just register, bake anything that bakes your fancy, sell your bakes creations to friends, family, work colleagues and deposit the funds you raise in the Foundation’s bank account,” they said.

Participants wanting to bake need to sign up to Bake for Babies on the NICF website at www.newborn.org.au or to make a tax-deductiblee donation.

Kate Reeve maybe bummy and I could make some cupcakes!

You can come round and sell them to us

Cathie O'Neill if we sell them outside the family, I’ll have to be stricter with the spoon licking!😁

just have multiple spoons in the go and avoid the sneezing

Tracey, if I bake some stuff can you sell it at work? It’ll all go to the NICU.

This is such an easy way to help raise the money needed to buy these monitors. You can bake something for morning tea at work and sell to work mates or you can introduce your kids to baking and get them to sell their scones at school to raise money. Every effort will help.

Xuan Le - 35 minutes ago
I wish I knew this earlier.... View
Allan Hill - 2 hours ago
Good one Todd man. Got confidence in you... View
Todd Wills - 3 hours ago
Lisa Sly been doing some prep so hopefully all good xxxx View
News 9

@the_riotact @The_RiotACT
Events are making a comeback to Canberra now that lockdown has eased. And the timing couldn't be better! #Oktoberfest, #Halloween and #MelbourneCup Day are just some of the highlights to stick in your diary this week https://t.co/oXZLz4Gybr (50 minutes ago)