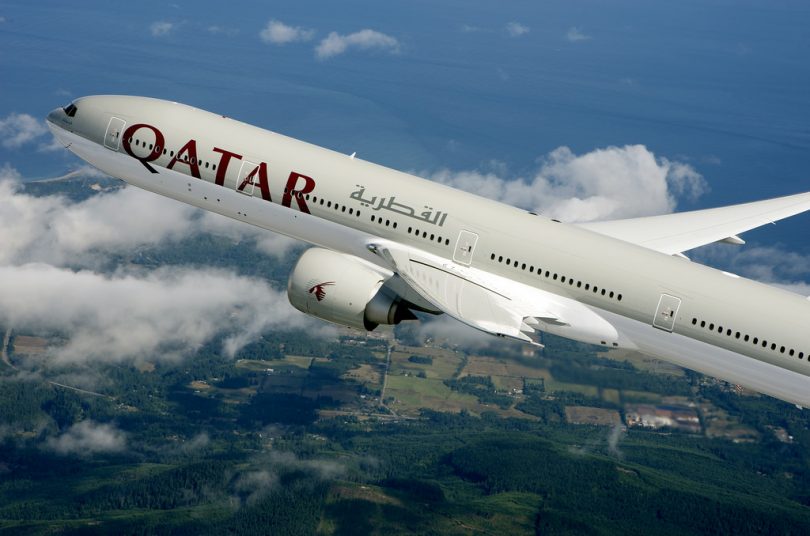 The airline is set to start daily flights between Canberra and Doha via Sydney from February 13 and today began promoting flights to Europe from $1,215.

However, if you’re quick you may even get better deals as The RiotACT jumped on the site and found one-way ‘economy promo’ flights from Canberra to London on February 13 for $724.21 and from Canberra to Paris for $779.21.

The Qatar website campaign to promote the fares advises prospective passengers to book their tickets by tomorrow – September 5 – for travel between the launch date and March 31 next year.

The new Qatar Airways service starting next February will link Canberra to Qatar’s network of flights into the UK, Europe and South Africa – albeit with two stopovers at Sydney and Doha.

Qatar will use a Boeing 777-300ER for the Canberra-Sydney-Doha flights, with QR907 taking off from Canberra at 1.45 pm to reach Sydney one hour later.

The QR906 return leg is expected to leave Doha at 8.10 am for a 6.15 am arrival into Sydney the following day; and then on to Canberra for an 8.25 am touchdown.

The new flights will complement Qatar’s current daily QR908/QR909 Airbus A380 flight between Sydney and Doha.

Donna Arthur - 6 minutes ago
Found some walking around the elmslea ponds. View
Vicky Cook - 18 minutes ago
Thanks to the people doing this as I'm sure it brings a smile to the faces of those who are finding them. View
Christine Barber - 31 minutes ago
Jerrabomberra View
Lifestyle 3

Lisa Greig - 11 minutes ago
Matt Groeneveld I’d hate to have to count them all! View
News 8

Alexei Gorbatov - 32 minutes ago
Why we don’t hear that money go to strengthen our hospitals? View
Susanne Levy - 10 hours ago
Hugh Munro our medical treatments and medications are none of anyones business. It is not mandatory . View
Nathan Burraston - 10 hours ago
Hugh Munro yes I had the Astra Zeneca. That's why I want to get on with it. People who have had 18 months of scaremongering s... View
Motoring 1

Ed N Joanne Towner - 47 minutes ago
Had one of these and it was an excellent vehicle and great to drive. View
Food & Wine 12

@The_RiotACT @The_RiotACT
Construction sites and supermarkets in almost a dozen suburbs, as well as a number of public transport routes, have been listed as exposure locations by ACT Health overnight https://t.co/rSgPZcoRvr (27 minutes ago)

@The_RiotACT @The_RiotACT
Stay-at-home orders mean no more car reviews. Or does it? James Coleman goes on a drive for more milk in his Mazda 6 wagon - and don't pull that face! https://t.co/V2VqT7Osv6 (56 minutes ago)