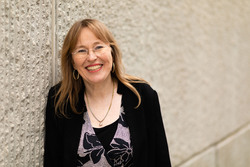 Glynis Quinlan is a journalist, public relations practitioner and trainer in writing skills who loves travel, photography and movies.

Glynis hails from the small country town of Kempsey on the mid North Coast of NSW and has lived in Canberra for the past 11 years (with stints in Sydney and London in between).

Her working career began as a journalist for rural newspapers before she moved on to become a press secretary working for three different ministers in the NSW Government.

After that she worked in public relations including roles in both the business and not-for-profit sectors. From there, Glynis moved into adult education, teaching Military Communications at ADFA and Advanced Diplomas in Journalism and Public Relations at CIT.

In recent years, Glynis has been facilitating full-day effective writing courses for public servants in Canberra and interstate.

Throughout her career, Glynis has continued to work as a freelance journalist, writing for publications such as The Australian, The Sydney Morning Herald and Vacations & Travel Magazine. She loves writing and believes that Canberra has many stories to tell.

Think you were born smart? ANU research shows that blue-tongue lizards really are

Escape to the coast with this stately Long Beach home

Bonner man planning to reunite with overseas family after $200,000 win

Jesse Ward - 10 minutes ago
They were never gone View
Jak Kanard - 11 minutes ago
...and what’s the government doing with the obscene income they are raising...!? View
Garrie Irons - 1 hour ago
Sarelle there has certainly been one outside my house at about the same interval as forever. View
News 214

Kelly Rush - 13 minutes ago
Jodie Brown how is this thing still there. View
Jodie Brown - 15 minutes ago
Kelly Rush same flying fox that busted your knee View
Kylie Klose - 60 minutes ago
Ryan came off that flying fox 2 weeks ago and landed on all fours and his nose after he flipped at the end. 😭 View
Opinion 56

Marc Blackmore - 23 minutes ago
Kate Le-Goat you obviously were not around or don’t remember what happened when the government wound back negative gearing.... View
chewy14 - 1 hour ago
Why would investors leaving cause rents to rise or housing supply to drop? Investors are more likely to buy existing dwelling... View
Tom Wills - 8 hours ago
Jorge Gatica Dont rent your house then, simple. Pay for it off your own back rather than the backs of tenants. Actually stick... View
News 35

jcjordan - 51 minutes ago
Given the complete lack of care in the majority of drivers because they know that the likelihood of them being caught speedin... View
Steve Aust - 1 hour ago
Just avoid the CBD. Easy. View
Garrie Irons - 1 hour ago
If the objective is to encourage driving at a safe speed, Commit to returning some amount of the funds into engineering the r... View
Community 26

Il Padrone - 10 hours ago
Costanza Maffi what is this fascinating attraction that cockatoos have for alpacas? 🤔 View
Sophie Patterson - 11 hours ago
James, I love the namea View
Lifestyle 2

Lisa Gardner - 11 hours ago
Good on you Barb! View
show more show less
*Results are based on activity within last 7 days

On the back of a historic deal between Australia, the UK and the US for a new fleet of nuclear-powered...
Opinion 56