Giiyong builds a future beyond its fun, colour, and flavours 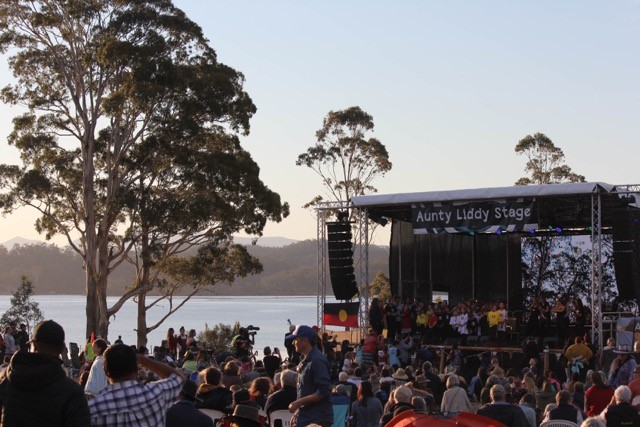 Giiyong unfolded at Jigamy between Eden and Pambula on the edge of Pambula Lake. Photo: Meghan Luhrs.

The power and importance of storytelling shone brightly at the Giiyong Festival at Jigamy on Saturday (22 September). The many and varied storytelling formats and styles were part of the magic but the real spark came from the people telling the stories.

People with real and current connections to the dark chapters of Australian history and people with a real joy for the culture that remains and grows.

For the first time in South East NSW, the culture of the region’s traditional owners was the central focus. Giiyong, meaning ‘come to welcome’ is the first celebration of traditional and contemporary Aboriginal culture to be held on Yuin Land.

With the breathtaking Pambula Lake as a backdrop, around 5,000 people moved between a number of stages and tents, spellbound by a body of performers and artists as long as the Yuin connection to this land.

Stories were told in ways that spanned past and present cultural practices from Baker Boy’s hip-hop infused with traditional language, to Noel Bulter’s abalone campfire yarns, Joe MacKenzie’s framed artworks of dancing spirits, the pride and power of the Gulaga Dancers, the wisdom revealed by Bruce Pascoe’s research, to the turn of phrase spoken by Jeanine Leane. 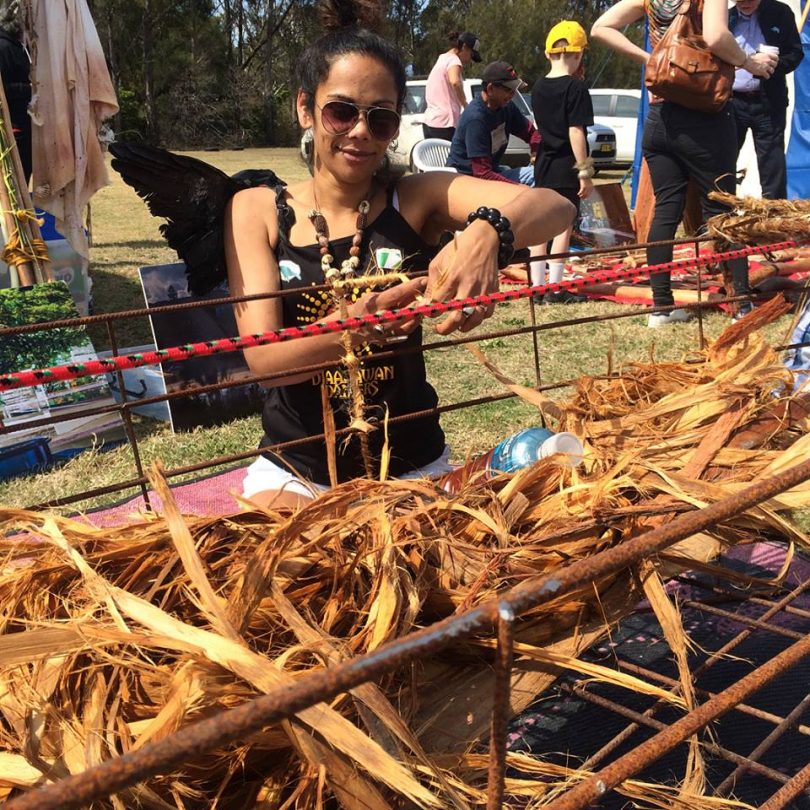 In my mind, one performer embodied the significance of the day and the mark and reputation Giiyong starts to leave now and for the future – Meaghan Holt.

At the Giiyong Writer’s Festival held in the run-up to Saturday’s main event, Meaghan took part in a workshop facilitated by poet Ali Cobby Eckermann.

In step with her family’s tradition, Meaghan has been writing since she was nine, but Saturday was the first time she had taken to the stage to perform her works so publically, her mentor watching on in the Aunty Dorris Kirby tent.

Bumping into Meaghan in the days leading up to Giiyong, her nerves were obvious but more so was her determination to serve her family, her culture, and her story with distinction.

Performing under the name ‘Sassi Nooyoom’, Nooyoom meaning spirit in the Wakka Wakka language, Meaghan sucked in the energy of the people, spirits, and environment around her before taking to the stage.

“It was an amazing experience, I’ve never done anything like it, my ancestors were here and they helped my voice rise,” Meaghan says.

Sharing words that pointed to the grief of her own history and that of her people, Meaghan’s ambition was to empower grief and healing – for herself, those gathered, and beyond.

“I wanted the audience to leave acknowledging grief, I think particularly in western society, grief is something that seems to move on quickly,” she says.

“I think it’s really important to know that the grief process can be never-ending and that’s okay.” 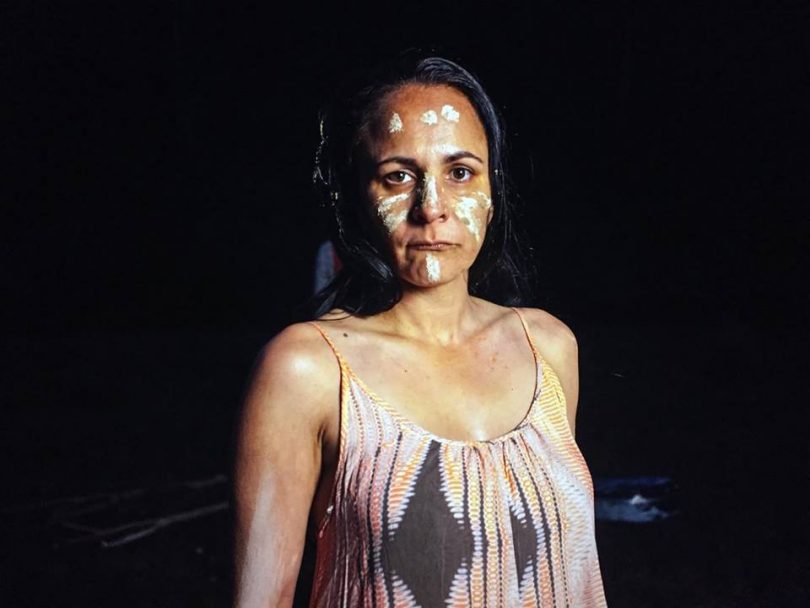 When it comes to the stained and often tragic shared history between Aboriginal and Non-Aboriginal people, Meaghan believes events like Giiyong are an opportunity to acknowledge and share the grief through song, art, poetry, and dance.

“There is a grieving process underway all around Australia, for Non-Aboriginal people as well and Aboriginal people, I think if we can be united in the simplicity of some of these stories then we come together as a human race – that’s what it is all about,” Meaghan says.

“Like I said in my poem – ‘Life is not a race’ we are all here to support each other.”

Meaghan’s own story dealt with the death of her mother when she was young, as well as the racism, judgment, and hardship her Aboriginal father faced in raising her, and more broadly the impact of European settlement on her people.

Every Giiyong performer seemed to bring that mix of personal and communal grief to the day. For some, acknowledging and sharing that history is part of their art; for others, it is the act of taking part, of singing, dancing, and spinning a yarn which strengthens a culture some in history denied and tried to wipe out.

As Meaghan said part way through her performance on Saturday, hearing someone’s story is a privilege, taking time to hear someone’s story is important; it’s a process that opens doors to understanding, knowledge, and experience for the performer and the audience.

The size of the audience suggests Giiyong has a strong future on the local events calendar but more important is the strength it builds within the community that creates it.

“These dances link us all together, connect us all, unifies us all,” Warren Foster from the Gulaga Dancers says.

“We tell the young fellas, don’t be shamed of who we are, what we’re doin, or where we’re comin from, be proud of what we hold.

“If they are always shamed then they can’t accomplish their goals, not just these fellas but black fellas around Australia,” Warren says.

Take a bow Twofold Aboriginal Corporation, Eden Local Aboriginal Land Council and South East Arts. Giiyong was fun, colourful, and tasty, but more so it built pride, community, and connection. When’s the next one!? 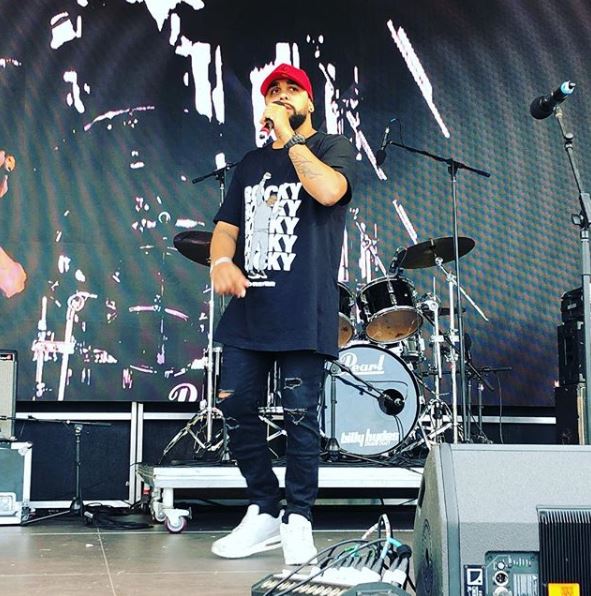 JS9 - 26 minutes ago
There has certainly been a distinct shift to chest beating since Dutton has become Minister. That is his style, and he won't... View
JS9 - 29 minutes ago
By strategically aligning in particular with the US at this time in the public 'look at me' way we have, we are lining up beh... View
Capital Retro - 51 minutes ago
It's way too late for us to be bolstering up the economies of South Pacific island countries, JC: https://www.brookings.edu/a... View
News 2

whatwik - 60 minutes ago
With the school holidays upon us, spare a thought for children and parents (and grandparents!) in Cowra, which was among area... View
News 28

Maya123 - 1 hour ago
I'm not 100% sure who you were answering. I don't think anyone would necessarily argue with what you wrote. I think the relat... View
JS9 - 3 hours ago
The most heartwrenching cases are for those towards the end of their careers with still lots to give, but not given a chance... View
JS9 - 3 hours ago
I always find comments like this amusing. That somehow the next generation is infinitely worse then previous generations - th... View
News 15

@The_RiotACT @The_RiotACT
Dance schools across the ACT are set to begin sharing important water safety messages online thanks to a new partnership between @READYSETDANCE_ and Kids Alive https://t.co/wOE8ncSt0z (33 minutes ago)

@The_RiotACT @The_RiotACT
The ACT has recorded seven new cases of COVID-19 - yesterday we recorded 17 cases. Five people are in hospital with COVID and two are in ICU https://t.co/QUe9chtkZj (2 hours ago)