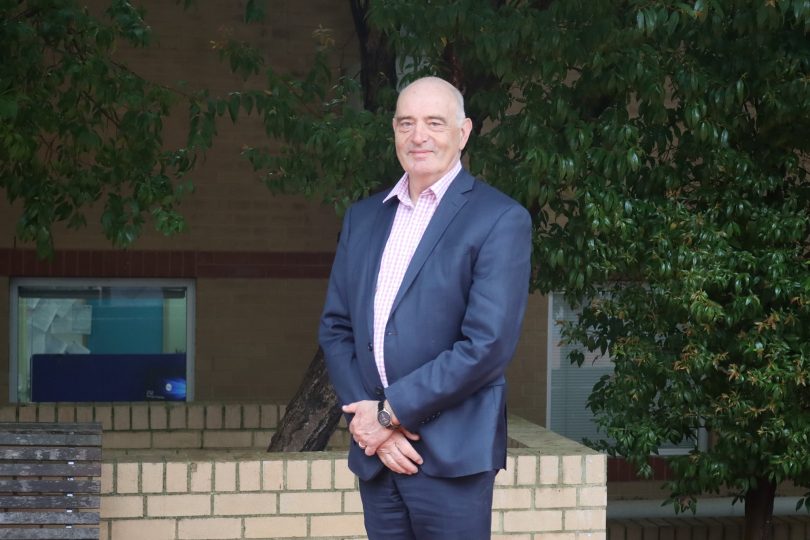 The resignation came in a closed session at the 15 February council meeting. His new contract was due to expire in March 2023.

Mr Bennett and the council have come to a confidential agreement which means both parties are unable to publicly discuss the reasons for his departure.

It comes after a period of transition for the council. A tight tussle in the January mayoral election saw new Mayor Peter Walker oust former Mayor Bob Kirk.

Speaking on his departure, Mr Bennett said he was “incredibly proud” of the council’s achievements over his eight-year tenure.

“This organisation has performed exceptionally well during this time, changing the face of Goulburn Mulwaree forever by providing new and improved community infrastructure, as well as significantly improving our core services of roads, bridges, reserves, waste management, water and sewer,” Mr Bennett said.

“In addition, we have completed many new plans and policies that have determined the future design of our region. Throughout this period of great progress, we have retained a strong focus on financial sustainability at all times.

“The staff at Goulburn Mulwaree Council are some of the best I have had the privilege of working with throughout my career, with a strong team culture and a focus on working for the betterment of our region. I am grateful for the opportunity to lead this organisation over the past eight years.”

Mayor Walker was approached for comment on the topic but did not reply.

Cr Andrew Banfield described Mr Bennett as “a very good organiser” and denied his resignation was due to any rift within the council. He said council would be able to collaborate and continue leading Goulburn Mulwaree forward.

“Obviously people have their own views on things, but I’ve found him to be exceptionally good and, of course, his performance over the years has been assessed by the last few councils as having fulfilled the requirements of the job on every occasion,” he said.

“His leadership has been significant, and it’s led us through a very positive and progressive period, so I’m very saddened to see him decide to leave. It’s a big loss for our community in a whole lot of ways.”

When asked how the council could stabilise after a period of significant change in leadership, Cr Kirk said: “we’ve got to look to the leadership, haven’t we? I’m there as a part of the council and I will do my best to deliver and continue to deliver the best possible outcomes for the community.

“We’ve got to work with what we’ve got and the circumstances that we’re in and continue to progress and move on.”

Mr Bennett’s resignation will be effective as of 8 July 2022. He hopes to complete several more objectives by that point, including the Community Strategic Plan and the 2022/23 Operational Plan and Budget.

In the meantime, Goulburn Mulwaree Council is seeking expressions of interest from recruitment consultants to begin the recruitment of a new General Manager.

Read between the lines Ratepayers!