Government applies for Stuart Flats in Griffith to be demolished 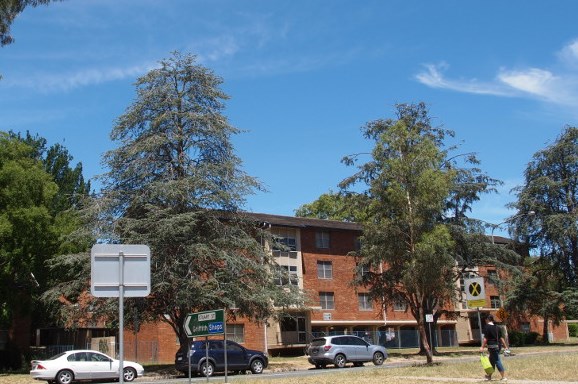 The ACT Government has applied for planning approval to have the Stuart Flats in Griffith demolished in preparation for sale and redevelopment as part of its public housing renewal program.

The flats have been home to public housing tenants for more than 40 years, and they have been told of the decision to demolish the flats and the Government is in the process of finding new accommodation for them. About half have reportedly already moved out.

Three separate development applications prepared by GHD have been lodged, covering B, C and D Blocks, and refer to demolition of the 12 existing residential housing blocks; demolition of the car parking structures and associated internal access, demolition of infrastructure such as waste disposal areas and communal areas, tree removals, disconnection of services; and rehabilitation of the site.

The 30,137 square-metre site bordered by Light Street and Captain Cook Crescent is zoned RZ5: High Density Residential, and in a prime location 2.5 kilometres south-east of Capital Hill and about 300 metres to the east of Manuka Shops.

The cost of demolition is estimated to be $4.2 million.

Building plans indicate the presence of asbestos and other hazardous materials, but a survey of the site will have to wait until after tenants move out to determine the situation before demolition proceeds. 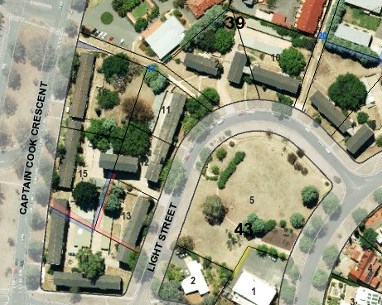 Planning and Land Management Minister Mick Gentleman said it was expected that all of the Stuart Flats would be demolished by the successful purchaser of the site.

“However, it would be up to the purchaser to design any redevelopment and determine if and when all of Stuart Flats is to be demolished. The community will have the opportunity to comment on the redevelopment design through the development application process,” he said.

“The successful purchaser will be required to complete any redevelopment within an agreed timeframe.”

GHD says in the DAs that demolition will pave the way for new residential development close to facilities, services and public transport, and consistent with its current zoning and the original pattern of density.

It says that while future residential use is to be determined, the proposed demolition will allow for the provision of future affordable and sustainable housing choices in Canberra.

Seriously, where is the accountability of this government to ALL of its citizens?!

Re-develop I say. Those flats have had their day.

So more overpriced uninspiring apartment architecture (if you can call it that).

Can you imagine the outcry if a liberal gov repossessed all the inner city public housing sites and sold them off to developers, while at the same time moving public housing Tennants to the boarders of our city. Moving people away from services and good public transport!

Pat, could not agree more. These folks ought to be allowed stay in their homes. Spend money on making them more energy efficient

And the other half are going to slum it in Garema Place begging for meth money....

Just walked past the DA sign this morning. What a cash bonanza for ACT Deveopment Co ( known previously as the government) It is a huge site lets hope something aesthetically pleasing and nice to live in gets built.

Might be nice to live in if you can afford it. Aesthetically pleasing less likely if you go by what they've allowed to be put up all over town.

Rhonda Dahl - 2 hours ago
Nasty stuff xoxo View
Yvonne Johnstone - 6 hours ago
Driving on the GWH on the way to Mudgee... View
Property 8

Dan Rayner - 2 hours ago
Katie I had so much practice with you 😂😂😂 View
Katie Licciardo - 3 hours ago
Dan Rayner you love it don’t you View
Andrew Dale - 5 hours ago
Ash Claire dont you know anybody who has had problems with being able to afford to pay their rent. View
News 16

Vera Bachinger - 2 hours ago
So we are going to be the victims of more double dipping.. View
Slobodan Paunovic - 4 hours ago
Marc Edwards don't worry about it, can only be more expensive and some sort of public robbery...they need funds for parties a... View
Tom Adam - 7 hours ago
Jorge, yes I was basing my comments on the current claim. View
Opinion 18

Christie Le Goy - 3 hours ago
George Prasad hooray for you, no wonder you're such a gorgeous family xxxx View
George Prasad - 7 hours ago
I think it more comes down to values than hiding your wealth from your kids. We're a close knit family that doesn't focus on... View
Karen Feng - 8 hours ago
Kasra Mn That is a good point. When my sister was much younger she was surrounded by friends that is more economically disadv... View
Motoring 37

Stephen Fallon - 6 hours ago
I'm sure every one of these people consider themselves good drivers. If we put a fleet of unmarked police cars on the roads,... View
Chris Hart - 8 hours ago
Carol Ranft I’d say speed limits are a thing because most people are incapable of driving properly at slow speeds let alone... View
Food & Wine 23

John Hamilton - 8 hours ago
The wear and tear on roads is nothing compared to the wear and tear that cars and trucks produce. So no, don't start taxing c... View
News 11

Ben Norris - 10 hours ago
Can we we move the Northbourne flats junkies out of molonglo to whitlam now please? We've had our turn of non stop burglary.... View
Patrick Harrington - 17 hours ago
I'm sure the residents of Wright and Coombs will love a shopping centre in Whitlam. If Whitlam can actually get a shopping ce... View
Community 12

Daniel Duncan - 19 hours ago
Clinton good luck with that. View
show more show less
*Results are based on activity within last 7 days

@The_RiotACT @The_RiotACT
Seasoned Canberra performer Dorothy-Jane Gosper pulls no punches on her ninth album, which bears witness to the topic of child abuse https://t.co/BQVro3sJtH (58 minutes ago)

@The_RiotACT @The_RiotACT
At Oaks Estate, a new mobile health clinic is providing essential services to some of Canberra's most vulnerable people https://t.co/HpZpYrE1Sr (2 hours ago)