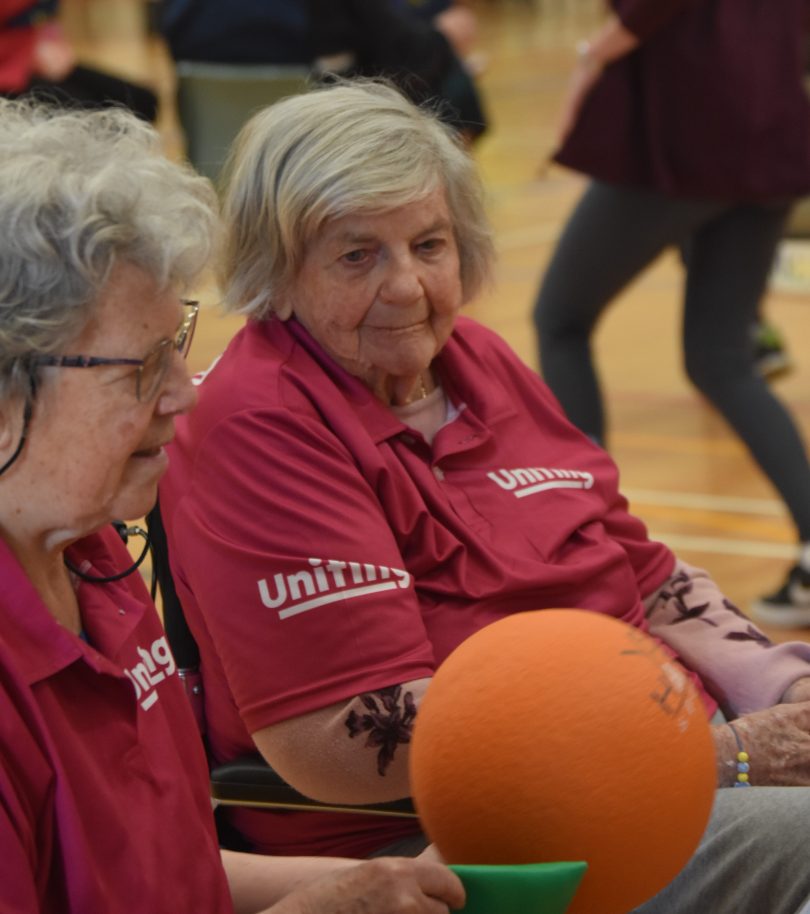 The ACT Government has abandoned plans to increase the eligible age to obtain a Seniors Card to 65 by 2025, announcing that from July next year the age will drop from 62 to 60.

The 2016-17 Budget moved to restrict access to the card, setting out a path of incremental rises in the eligible age, increasing by a year every two years. The age rose to 62 only a few months ago in July.

But now, Minister for Seniors and Veterans Gordon Ramsay has announced that from July 2020 Canberrans aged 60 or over will be entitled to obtain a senior’s card as part of a 2019-20 Budget Review initiative.

The ACT Seniors Card is issued free and provides a range of ACT Government concessions, including a 10 per cent discount on motor vehicle registration, 28 per cent for electric vehicle registration and concessional public transport fares at peak times and free travel at off-peak times, and discounts on a range of goods and services provided by participating businesses.

It also allows seniors to access reciprocal discounts in other States and Territories. 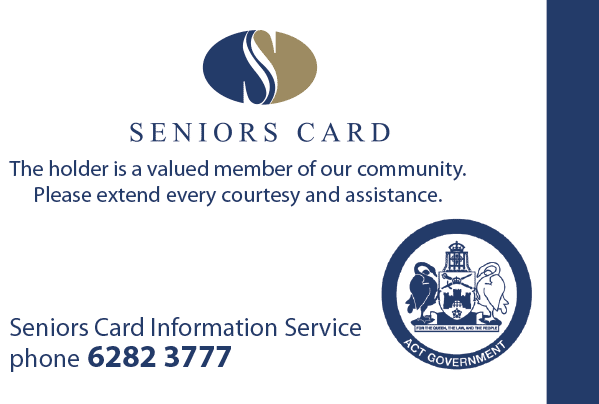 The Seniors Card issued by the ACT Government.

To be eligible, a senior needs to be a permanent resident of the ACT and not be in paid employment for more than 20 hours per week. There are around 8,500 seniors in the ACT aged 60 and 61.

The change is estimated to cost around $0.9 million over the next three years.

A spokesperson said the Government had listened to community concerns about the current arrangements, particularly in regard to reciprocal arrangements with other jurisdictions.

The new eligibility criteria would align the ACT Seniors Card with NSW, allowing ACT seniors traveling to NSW to continue to access discounts.

The start date of 1 July 2020 was to be in line with the Cabinet decision and also provided time for the Council of the Ageing (COTA) to implement the changes.

Mr Ramsay said the Seniors Card helped ease some cost of living pressures for our older Canberrans, but also encouraged social inclusion. Older Canberrans played a substantial role in the ACT community and allowing a greater number of older Canberrans to access concessions would benefit the community more broadly.

“Our community of older Canberrans has the highest rates of volunteering and caring nationally, and are the healthiest and most educated in the country,” Mr Ramsay said.

“They bring significant resources through their years of experience to the social, community and economic life of our city.”

“As our city continues to grow it’s important that we ensure that older Canberrans remain engaged in our community and that they have access to the appropriate services at a reasonable cost.”

The Government is developing a new Age-Friendly City Action Plan, which is due to be unveiled in the first half of 2020.

Yes. Does not want to hear the opinion of older people. Well, one day, if he’s lucky enough, he’ll get old, too!

Now let’s get the Federal government to reverse the disgraceful decision to increase the pension age.

When Kevin Rudd increased it to 67 many of us thought that Tony Abbott’s government would put it back to 65. Instead he increased it further to 70.

I find it incredible that every other country can have a pension age of 65, 60 and sometimes even 55 or 50 yet we are told that we can’t afford that, and that people here are told that we have to work until 70. Why?

Many shops give concessions. The only way to find out is to see their card saying seniors card welcome in the shop.

A rates discount would be much more meaningful and useful.

It makes sense, The ACT is completely surrounded by NSW, where seniors cards are available to people aged 60 and over. Having a higher age to be eligible in the ACT was always a dumb move!

“The Government is making some changes to the Concessions Program to create a fairer, more sustainable and more accessible system to support vulnerable Canberrans.”

Increasing the age for a Seniors Card was fairer and more sustainable then (and the argument about reciprocal arrangements with other jurisdictions would have been known at the time) but three years later, it’s not. This is so blatant.

That's what I thought

Discounts on any medical services such as Xrays and scans usually come to holders of the CSHC card which is issued by the Federal Government. The ACT Seniors card gets you nothing in the medical sector.

Great news!!! A free Bus ride for me when they don't properly service where I live and work by bus anymore.

Seniors card gives you benefits not just in shops. My husband has had discounts in travel, buses and even on some x-rays and scans so always ask.

The ACT Government is motivated by self-interest and so ignores the plight of the elderly who are physically and mentally wasting away in nursing homes. Instead of meaningless token gestures like a seniors card the ACT Government should be accepting responsibility for looking after the most vulnerable people in our society.

It doesn't work in lots of shops as they only give discounts to their own loyalty schemes.

Pity they don’t abandon plans on lots of their other ridiculous ideas!

I agree with you, Allan. As a Senior Card holder of some years, I can only think of one place where it is of value to me

Do they think this will get them more votes--definitely not from this household. Thank you for nothing

Capital Retro - 3 hours ago
A decision made by people who have never used Centrelink's services and who will never have to. View
JS9 - 3 hours ago
To be fair, the ones primarily promoting densification int his case (ACT Gov) have zero to do with the decision to move Centr... View
Lifestyle 33

jorie1 - 6 hours ago
Are you sure that it is current renters buying properties? The research I have read shows that many people who rent will do s... View
jorie1 - 6 hours ago
Hi Assiduous, I do agree that $500 per week is a lot of money - but the majority of that money goes to the ACT government in... View
assiduous - 7 hours ago
$500 per week is not low - it is enough to build a modest detached family home every 10 years. It is a reflection of Australi... View
show more show less
*Results are based on activity within last 7 days

Work commences on the Men’s Shed at Hughes