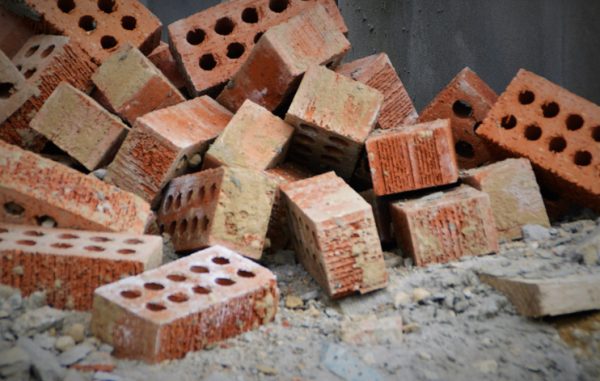 The ACT Government has responded to continuing complaints about building defects, particularly in the booming apartment sector, with a new testing regime designed to weed dodgy builders out of the industry.

Under changes to the licensing of builders, starting from next year, up to 20 percent of all builders seeking to renew their licences will need to pass a test to ensure their skills and technical knowledge are up to scratch.

The Government says up to 180 builders will be tested annually from 2019, with a particular focus on those who have been subject to substantiated complaints or come to the attention of Access Canberra for building quality concerns. Those who fail after two attempts will not have licences renewed.

Those applying for class A, B and C licences for the first time in the ACT will need to sit a test, and the Constructions Occupations Registrar will be able to test any builders’ skills where the Registrar believes there are grounds for occupational discipline.

The Minister for Regulatory Services, Gordon Ramsay, said the tests would send a clear message to the industry that the Government will stop people trying to be builders without the required skills as a well as ridding the industry of underperformers.

He said the Government would also be strengthening the certification process by increasing the level of information builders need to provide to certifiers before work is signed off. Further announcements about this would be made in the coming months.

“Our message to industry is clear: You are on notice to lift building quality,” Mr Ramsay said.

“It is important that we work to address issues in quality at the source, by weeding out those in the industry who are not delivering to a standard we expect, rather than just managing the end result – which can be works that do not meet standards.”

Access Canberra will work with industry on the changes to licensing renewals and applications this year.

Master Builders ACT welcomed the announcement as a step in the right direction but says there are many more building reforms that are needed before the ACT has a best practice building regulatory system.

CEO Michael Hopkins said the expansion of the builder’s licence exam for Class C licenses, to Class A and B licence holders was but one of 43 recommended measures announced by Planning and Land Management Minister Mick Gentleman in 2016.

“The new exam will ensure licensees who have a poor compliance record, or have been inactive for a period of time, meet the same quality standards as the majority of quality ACT builders,” Mr Hopkins said.

“The MBA wants to see building quality in the ACT improve and it requires a co-operative effort from industry and Government in order to protect consumers,” Mr Hopkins said.

The construction industry in the ACT was dominated by small local businesses, who were finding it difficult to compete with operators who did not share the same values about quality work as the majority.

Owners Corporation Network President Gary Petherbridge said the licensing move was a small piece of positive news but the Government needed to act on other measures.

He said there was a lack of compliance by developers and policing by Access Canberra, and the original architects and engineers needed to be held to account, not just the builders.

Mr Petherbridge said the industry needed independent, preferably Government, certifiers to ensure work was up to standard, and licensing expanded to cover trades such as waterproofers, tilers and renderers.

Dodgy developers and builders needed to be named and shamed so consumers had a better guide from whom they were buying, and prevented from operating under a different name or ‘phoenixing’ their operations, he said.

Mr Ramsay said that in 2016, a written test at application for the C class licences in the ACT was introduced and of the 80 applicants, 38 failed the first attempt (48 per cent), with 17 (44 per cent) failing a second time.

“The testing has been an important measure we introduced to prevent those who do not have the knowledge or technical understanding we expect in the ACT, from working here. I’m pleased it is being extended to the other classes on application, as well as renewal,” Mr Ramsay said.

“In addition to the inherent safety risks that substandard building can cause, it also has significant financial and emotional impact on those in our community who are affected,” he said.

“These regulatory changes support the raft of improvements already under way and strike the right balance between supporting a high performing industry sector, as well as sending a clear signal that the ACT is open for business, growth and development – but to a high standard.”

The Government has already implemented 13 of the reforms and partially implemented one other of the Improving the ACT Building Regulatory System reforms announced in 2016.

And what does this do to improve the problem of builders bringing over cheap semi-skilled overseas workers on short term visas, which is a major cause of building faults and issues?

……says the government that allowed flammable exterior panels to be installed at TCH.

Bellelis Australia - 1 hour ago
Phillipa Leggo thank you. Can't wait to see you in the shop to show you around 😊 View
May Mac - 17 hours ago
The only reason we switched to landfill nappies was the struggle to keep line dried reusables from stinking of woodsmoke in w... View
Phillipa Leggo - 18 hours ago
Well done Olga Imbriano - lovely article👏👏👏 View
Food & Wine 24

jorie1 - 12 hours ago
Of course the ACT government wants more and more apartments as they are only interested in how much money they can gouge from... View
Ol L - 17 hours ago
NOVEMBER 11 2019 - 12:01AM Canberra is home to the biggest houses but the smallest units, new report shows... View
chewy14 - 18 hours ago
Capital Retro, The median price for apartments and townhouses is significantly less than for detached dwellings. So if the pr... View
News 44