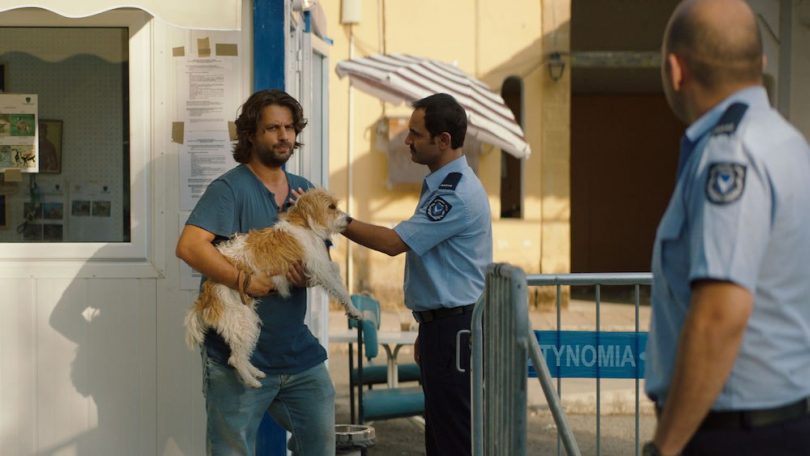 This evening sees a special Opening Night Gala at Palace Electric Cinemas followed by a Greek party at Makeshift, as Marios Piperides’ debut Smuggling Hendrix (2018) headlines the festival. This is a quirky tale about man’s best friend; man being Yiannis, best friend being Hendrix. Just before struggling musician Yiannis is due to depart Cyprus for the Netherlands, his dog Hendrix escapes from Nicosia across into Greece. Elaborate efforts ensue to smuggle the canine companion across a bothersome bureaucratic border.

A film-only session will also screen tonight at 6:30 PM.

Events aplenty are slated for Saturday. But first, the films.

Inspired by true events, Polyxeni (2017) is a Turkey-set epic of cross-cultural conflict and counter-culture feminism. A Greek couple living in 1955 Istanbul adopts a Greek Civil War orphan, Polyxeni, who has been separated from her brother. Fifteen years later, a headstrong Polyxeni finds herself in line for her adoptive family’s fortune; however, her romantic involvement with one of the family’s Turkish servants threatens everything. Screening 24 November, 2 PM.

The Bachelor 2 (2017) is the second instalment of what has been referred to as the “Hellenic Hangover”. Following on from the 2016 original, the gang reunites following an invitation to an old friend’s bachelor party. However, this time, Hellenic hijinks turn to “cretins in Crete” as yet another out-of-control bachelor party threatens to derail the big day. Screening 24 November, 4:40 PM. 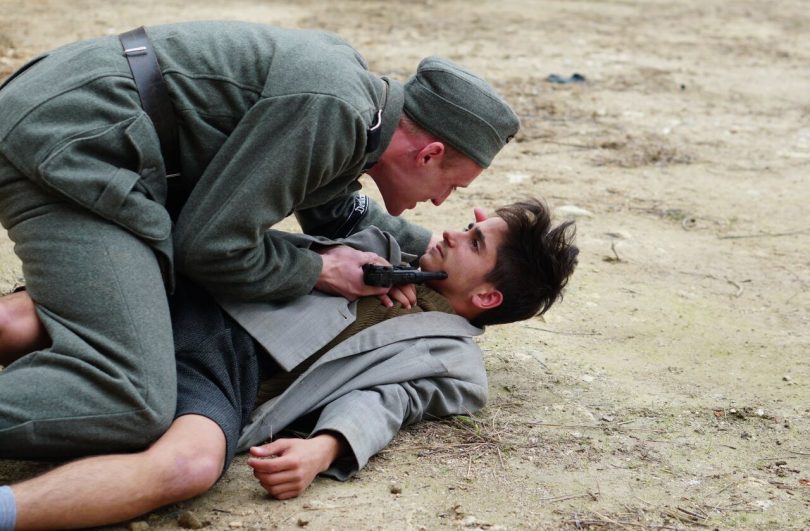 Historical war-drama The Last Note (2017) is a gripping and challenging story based on true events. Awarded Best Actor at this year’s Hellenic Film Academy Awards, it conveys the complicated conundrum of Chaidari Concentration Camp inmate Napoleon Soukatzidis. Following a fatal ambush by the Greek resistance, Nazis order the execution of 200 Greek prisoners as punishment. However, Napoleon is offered the poisoned chalice of impossible choice: he may select someone to take his place. Screening 24 November, 8:50 PM.

For the peckish, Bicicletta‘s sister-restaurant and Mantra MacArthur Hotel’s newest Greek offering Podilato will be serving up a Greek feast at Makeshift, right next door to Palace Cinemas, ahead of the Saturday night screening of The Last Note. Arrivals from 6:30 PM; share plates from 7 PM. Drinks also available for purchase.

The three-course dinner and film is $78 / $73. Visit the Official Festival website for bookings and more information.

Earlier in the afternoon, there will also be a special Greek Cellar Door at the Nishi Grand Stair from 3 PM – 6 PM. Various wares will be up for sale including Greek wines, spirits, ouzo, a curated selection of Greek books and some farm-fresh produce. $12 tasting glass and free entry. Worth a Greek peek! Penultimate festival screening and Sunday’s semi-final film is the Greek cult classic and semi-autobiographical Loafing and Camouflage (1984). This Catch 22-esque work is a satirical take of writer-director Nikos Perakis’ time in the army during the 60s. An infantryman is re-stationed from his wintry border outpost to Athens to serve in the regime’s Armed Forces Television unit, effectively becoming a cog in the propaganda machine. Screening Sunday 25 November, at 2 PM. 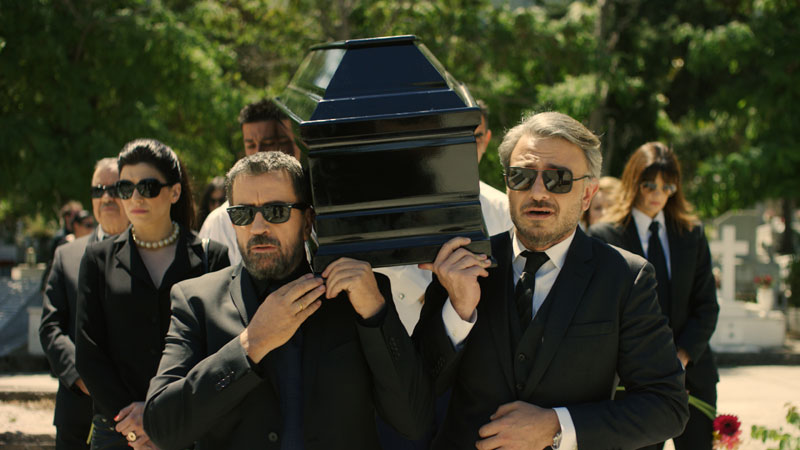 The Greek Film Festival this year closes with a special Free Screening at the Hellenic Club of Canberra. TV director Andreas Morfonios makes his feature film debut with fraternal dramedy Jamaica (2017). Two once-close brothers have drifted apart forging vastly different lives. As a family tragedy strikes, they are thrust together once more. Forced to face the past, there is the hope that sibling love can still stitch their wounds in this redemptive and humorous work.

Screening Sunday 25 November, at 5 PM. To be followed by drinks and mezze. Free but RSVP essential.

All films have English subtitles. Pick up the Official Programme at Palace Electric.

Carl Ostermann - 26 minutes ago
In the nineties, it was adventurous gnomes sending their owners... postcards from all over the world View
News 30