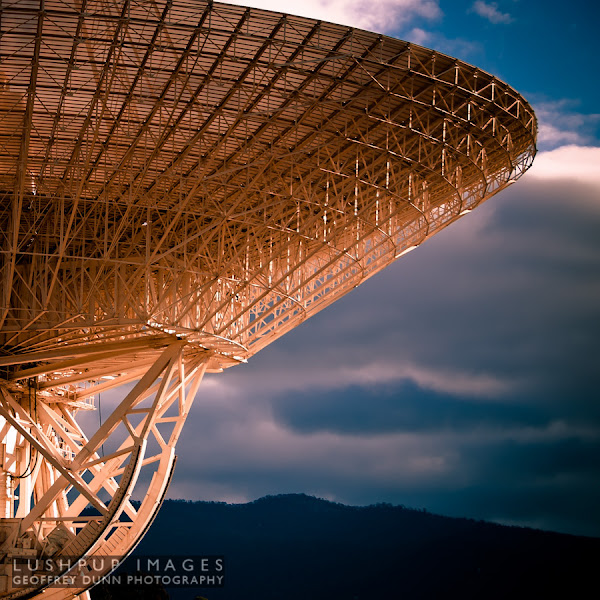 NASA is celebrating the 50th birthday of their Deep Space Network:

NASA’s Deep Space Network, the world’s largest and most powerful communications system for “talking to” spacecraft, will reach a milestone on Dec. 24: the 50th anniversary of its official creation.

Over the past 50 years, antennas of the Deep Space Network (DSN) have communicated with just about every mission that has gone to the moon or beyond. The historic communiqués include “That’s one small step for man. One giant leap for mankind”; numerous encounters with the outer planets of our solar system; images taken by rovers exploring Mars; and the data confirming that NASA’s Voyager spacecraft had finally entered interstellar space.

The Deep Space Network has been so critical to so many missions over the decades, the network’s team members like to use the phrase “Don’t leave Earth without us.”

And of course a key part of that network is right here in the ACT at the Canberra Deep Space Communication Complex.

[Photo by Geoff of Lushpup Images]

🙂 Time for a revisit. Hope to see you there, Al!

I’ll be back on volunteer guide duty out there on the 23rd and 28th, if anyone wants to come say hi and chat space stuff.

Kerry Apted - 7 minutes ago
Jo Hann thank you for your opinion. View
Jo Hann - 11 minutes ago
Kerry Apted I doubt it's so much about data for the school. It's probably more about knowing which kids are likely to pose a... View
Ian Barnes - 20 minutes ago
It's called the social contract. Along with the benefits of living in a community, like roads and hospitals, there are respon... View
Business 2

Peta-Rene Prior - 48 minutes ago
All kids should go to boarding schools?? Perhaps get all kids attending school to start with. View
Stas Idowu - 1 hour ago
Synergy Group View
Lifestyle 8

Cary Elliot Johnson - 2 hours ago
Claire Lee Koo because its a democracy with varying opinions on an open column. View
Elizabeth Jones - 3 hours ago
I saw the petition but it wasn't clear it was supposed to be a few fenced playgrounds per region. I know being in an older pa... View
Nat Thomas - 5 hours ago
Megan Munro it’s definitely going to help everyone, it should have been done a long time ago. I hope the gates have fences! View
News 3

kenbehrens - 3 hours ago
Isn't bringing forward future infrustructure builds going to create a construction vacuum down the track? The other issue of... View
shannos - 3 hours ago
Exactly, investors chasing capital gains and creating a self -sustaining ponzi growth model at the expense of our younger gen... View
shannos - 4 hours ago
Too much emphasis on infrastructure and construction which is cyclic transient employment relying on developers growth model.... View
Lifestyle 11

@the_riotact @The_RiotACT
#Apprenticeship growth in the ACT is the slowest in the country, and the Opposition and #industry leaders are calling on the Barr Government to do more https://t.co/VOy53VsEdS (32 minutes ago)