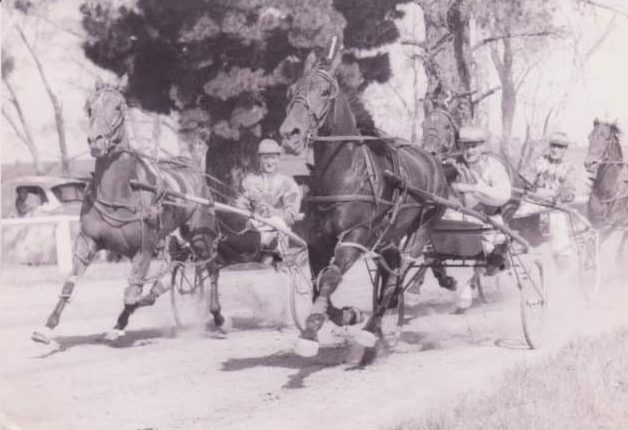 When Thomas Hewitt switched his focus from cattle and sheep farming to harness racing in the late 1970s, he did not imagine his enthusiasm for the sport would inspire the lives of two generations and all the local punters.

Today, he and wife Angela are remembered by an annual memorial race at Goulburn Paceway.

The race was established a year after Tom died at their property, ‘Karamia’, at Lost River in January 2009, and also recognised Angela when she died in 2014.

Tom’s son, Mark, and grandchildren Dennis, Gemma and Brad Hewitt will take part in the 2240m race on Sunday, 10 January, with $13,770 prize money at stake. 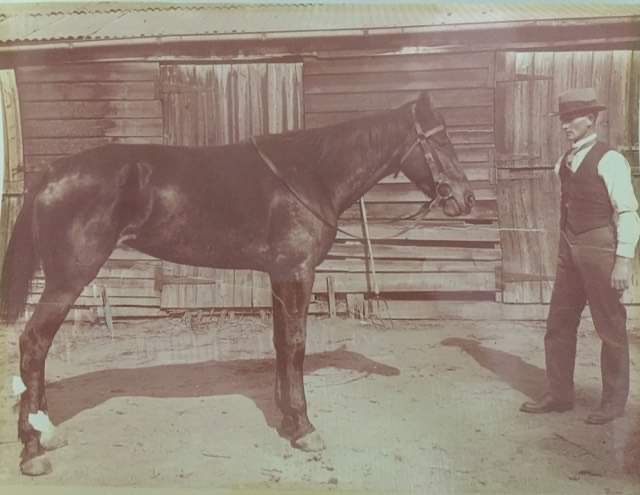 Many of Tom and Angela’s family members and friends will gather at the race to remember the two greats and raise funds for the Crookwell Community Trust. The public is also invited and entry is free.

As the Hewitt Memorial race approaches, we reflect on the family’s history with harness racing.

Harness racing had been a hobby for Tom’s father, Harold, however it was a way of life for Tom.

Originally, Tom built a house, garage and two stables at ‘Karamia’. However, by the time the stud was in full swing and all four children – Mark, David, Bernie and Jenna – were involved, there were 20 stables.

The boys took care of the horses before they spent the day shearing, and the whole family spent their weekends at the racecourse. They travelled across the country, throughout NSW, Western Australia, South Australia and Queensland.

Harness racing grew from a time when people such as Harold, Tom, his brothers Goff and Conrad, and three sisters Rita, Noreen and Gwen rode horses into town, to school and for work. In fact, the sport’s history in Goulburn and the surrounding district dates back to the 1880s.

Karamea Value was Tom’s first quality horse on the racetrack and became the first stallion to stand stud at Karamia. Then came King Rancio, a top-grade pacer that Tom set several records with at Harold Park Paceway. 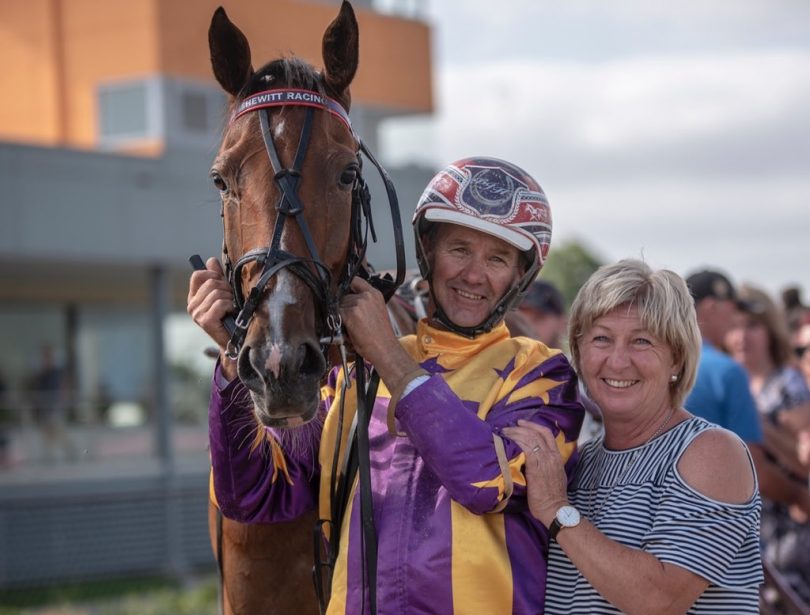 Nikalong Shadow’s most memorable moment was qualifying for the 1988 Inter Dominion Grand Final in Perth – Australia’s most prestigious harness racing competition – and won $274,512 from 1986 until the early 1990s.

Tom’s success as a trainer and studmaster continued for many years and his children and grandchildren followed in his footsteps.

The three brothers pursued farming for some time but eventually began training horses and were regulars on the racetrack. All three have won driver premierships, and Bernie and David have begun to hand over the reins to their children. All of Bernie’s children are trainer drivers, as are David’s sons, while his daughter helps with training.

Jenna’s son, Dennis, has also made a career out of training horses and racing, and recently marked his 300th win. You could say it runs in the blood for Dennis, who was only 18 when he got his racing and training licence, learning the ropes while working under his uncles and grandfather. His first horse was Kick for Cash, named after a segment on the NRL Footy Show that Dennis appeared on while kicking a ball to win $10,000 for his rugby league club, Crookwell Green Devils.

The race day starts at 1 pm at Goulburn Paceway and the Hewitt Memorial race kicks off at 4.44 pm. People must register their attendance by emailing goulburnpaceway@gmail.com or calling 0458 013 399.