Have you seen Millissa Gillard? 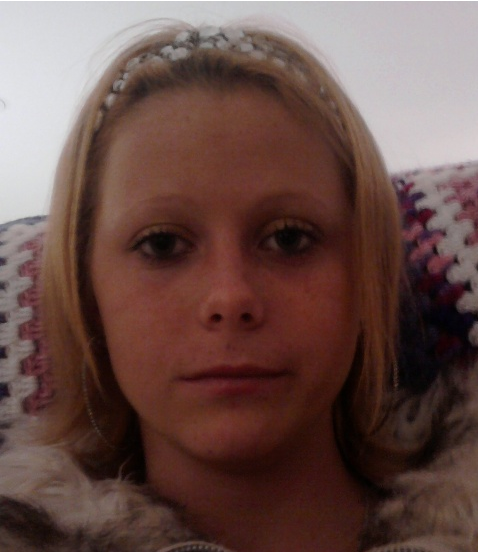 This in from ACT Policing:

ACT Policing holds grave fears for the safety and wellbeing of a 15-year-old Hall girl missing since January 5.The girl, Millissa Gillard, was last reported seen at her home in Hall, around 1.30pm on Wednesday (January 5).

She is described as having a small build, a fair complexion, brown eyes, and shoulder-length blonde hair. She was last seen wearing blue tracksuit pants and a cream woollen jumper.

Police have conducted extensive enquiries as to the girl’s whereabouts without success.

Anyone who may know of Miss Gillard’s whereabouts, or may have seen her and can vouch for her safety, are urged to contact ACT Policing Operations on 131-444.

UPDATE: This sad tweet from the Chief Police Officer:

CPOACT Roman
Our grave concerns tragically realized. The missing 15 yr old girl has been found deceased. No suspicious circumstances. We feel for family.

8 Responses to Have you seen Millissa Gillard?
Filter
Showing only Website comments

@Waiting For Godot, The mental health system in the ACT has a lot to answer for.

Jesus Wept, this is terrible. My heart goes out to her family and friends.

“No suspicious circumstances”. Still can’t use the S word, can they? Maybe we should stop gilding the lily and ask some hard questions why suicide is so prevalent and why so many people want to sweep it under the carpet as if it isn’t happening. Twice as many people in the ACT committed suicide last year than the number of people who died on the roads.
* Lifeline 13 11 14
* BeyondBlue 1300 224 636

I had the privilege of knowing Millissa for nine years and she will always hold a very special place in my heart. May her spirit be at peace and know that she was dearly loved.

What a waste of a beautiful young girl, so sad.

Very, very sad. Thoughts are with the family and friends at this most tragic of times.

That absolutely sucks, without question.

David Riddell - 2 hours ago
Unless interstate waste is banned from Mugga the waste could still be accepted even should CRS facility becomes operational.... View
Alex Troy Elsworth Adkins - 3 hours ago
Marea Fatseas the site is on the railway line with exsisting sidings thst would allow waste to be transported by rail to Tara... View
JC - 3 hours ago
Maya the land in question used to be a petrol terminal. I wouldn’t call that light industrial and that terminal had been th... View
Lifestyle 1

rationalobserver - 9 hours ago
3 points; No sane person would raise the topic of Defence force help in the same breath as raising the possibility of a law s... View
Simon Lynch - 1 day ago
I'd check the facts first Kerry. At the time there was no fire in ACT and yet your wonderful Administration hired the helicop... View
News 1

Capital Retro - 9 hours ago
Slowly but surely all cell-phone challenged reception areas in our region are being addressed. Last week the new Telstra 4Gx... View
Sport 20

Capital Retro - 12 hours ago
I don't know who is going to read it then JC. I suppose the hardcore lefties and self-appointed experts who contribute almost... View
JC - 1 day ago
The paper is still going to be made. View
Rebecca Hosking - 1 day ago
Jane Larkin Naomi Feuerherdt Kim Beaumont This is a bit sad 😥 Remember our team photos on the massive reams of paper 😊... View
News 29

@The_RiotACT @The_RiotACT
One of Queanbeyan’s oldest ever residents, Linda Moore, died peacefully last weekend at the age of 105 https://t.co/TULostP4NV (34 minutes ago)