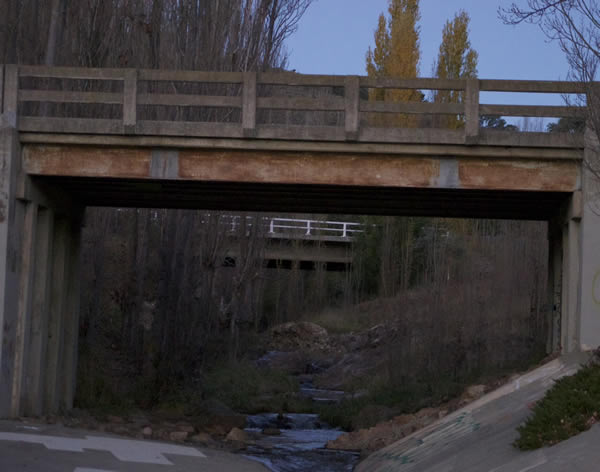 Social media has the ability to inform us of technology, of places that we may never see and extend our reach from the local to the exciting foreign destination…

But social media also tips you off of places that you can explore in your own city or suburb. Taking a walk uncovers all sorts of surprises in your local area.

On saturday, I took a walk in my suburb. I had been tipped off by mention of a bridge that was a part of the old Cooma road.  After checking its location on google maps, or at least the street that was mentioned, I ventured out. I have to confess, I didn’t know what to expect, I didn’t  expect to find it, as I had never seen it before. It is hidden from the road, it is hidden in plain view as no-one looks for it unless they know its there. The mystery bridge runs parallel to an existing used bridge, that many people travel over every day on the way to and from the snow, on their way home to Burra, Michelago, or Cooma.

Unsurprisingly, the one group of people who have found it are the taggers. There are patches where the bridge has been painted, covering art that might have been worth leaving, but now lost in time and visibility. After all, this is a bridge to nowhere, no cars cross it, barred by gates at both ends, it is solitary and rusting. 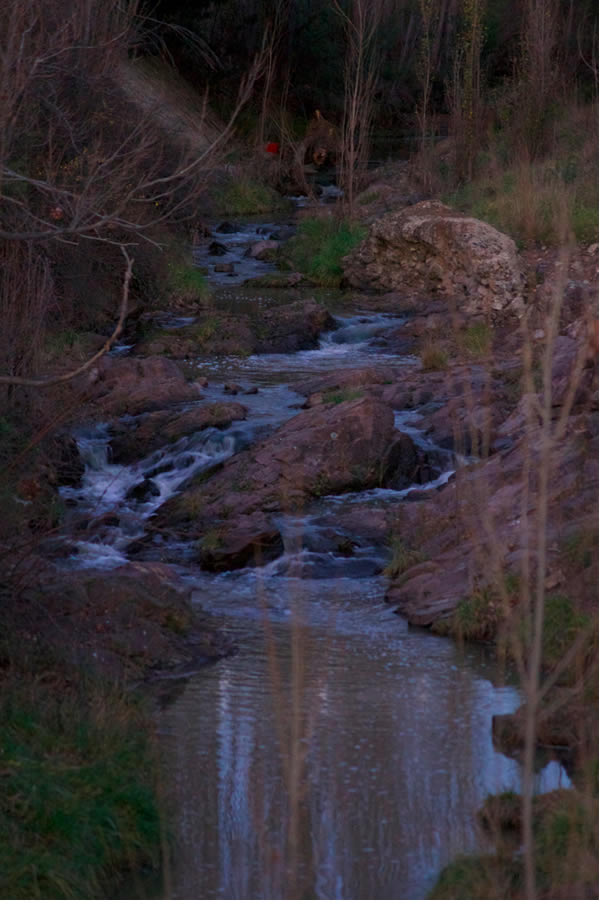 Framing the stream that runs under it, a rocky and wild rambling water course that becomes sterile and uniform when it reaches the concrete of the storm water drain, it creates a totally different image for the photographer. Now that I have found it, I wonder what it will look like in spring, in summer and autumn, as I am only seeing it in winter, where it is barren of color.

Where else are there places to explore, armed with a camera? Where have you been, discovering a place that Canberrans would love to see, but don’t even know it is there? Would you share with others so that they can see what you have seen? Or will people find these places in plain view by way of an off the cuff comment in a social media discussion?

Geocaching can take you to some of these hidden gems

Yep, been to many unusual places with Geocaching. Just got back home now from an outing.

Great post Peter. There are lots of cool places in Canberra that not many people know about.

Riotact member P1 has an excellent google maps page of Canberra with them all marked in. Includes the tomb under the road on Limestone avenue, the munitions dumps at Pialligo, Temple of Doom and the blocked tunnel under the lake amongst others.

Here is another great Canberra Urbex thread he started:

Geocaching can take you to some of these hidden gems

I think Tim the Yowie man would be the person who knows most about these hidden treasures.

Tuggeranong Railway Siding. It’s awkward to get to. It’s up behind the Paintball place, next to the Monaro highway. The tracks were last used about a decade ago, when the Canberra Railway Historical Society used to run train-rides to Michelago. The sleepers are absolutely rotten these days, and anywhere the track goes that crosses a road, has been covered up.

It’s kind of eerie walking along the tracks, and way too easy to twist an ankle accidentally on the uneven footing. Take care.

Would a pic of the outlet to the Murrumbidgee River at the West Belconnen treatment works be of interest to anyone?
Are you there Mr Evil?

Thanks, I love finding places like this! Having a website or app would be awesome. I hope there’s some replies with more hidden adventure suggestions 😀