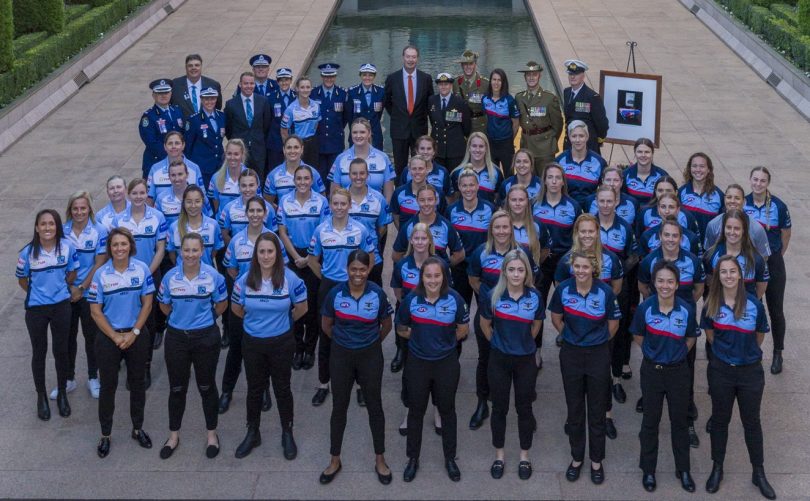 The ADF All Stars Women and NSW Police Blue Heeler teams will play the curtain-raiser match for the AFL’s Anzac Round at Manuka Oval. Photo: David Whittaker, Australian War Memorial.

For the first time our serving women in the ADF and NSW emergency services will face off on the national AFL stage.

They’re the curtain-raiser for Canberra’s AFL Anzac Round game at Manuka Oval, an opportunity ADF All Stars head coach Liz Quinn has dreamed of for years.

“To be given the same opportunity as our men’s team, to be an AFL curtain raiser game and to do it during the Anzac Round is extremely special.”

Momentum for the match began building in 2019 after the ADF women’s All-Stars team faced off against the NSW Police’s Blue Heelers at a national carnival, but COVID-19 put a spanner in the works.

ADF Australian Rules Association chairman Brigadier David Smith said getting the teams together again has been a long time coming.

“We had to cancel the 2020 national carnival the day before it commenced [in March]; the teams were already in Melbourne ready to go,” he said.

“Being able to get back to playing against each other is fantastic.”

The opportunity to be a curtain-raiser for the Anzac Round is especially poignant for the ADF women.

“As women who serve ourselves, Anzac Day is very special; it’s a chance for us to reflect on our service and the service of others,” Ms Quinn said.

“This match is a chance for us to express ourselves through football and demonstrate the values and attributes that define the Anzac spirit.

“To also be playing against women who serve, they personally know the sacrifice and courage it takes, so that’s extremely special.” 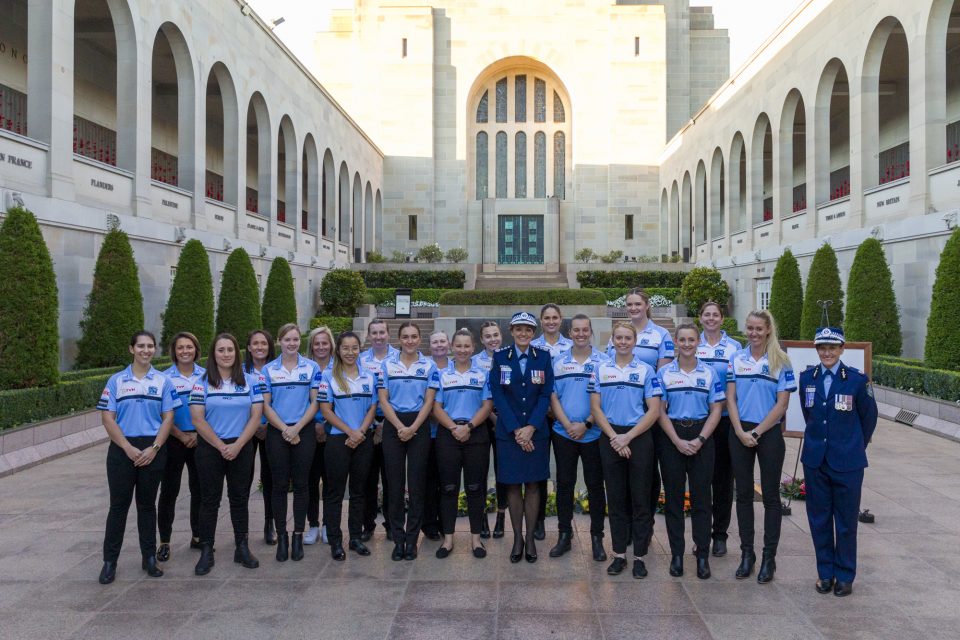 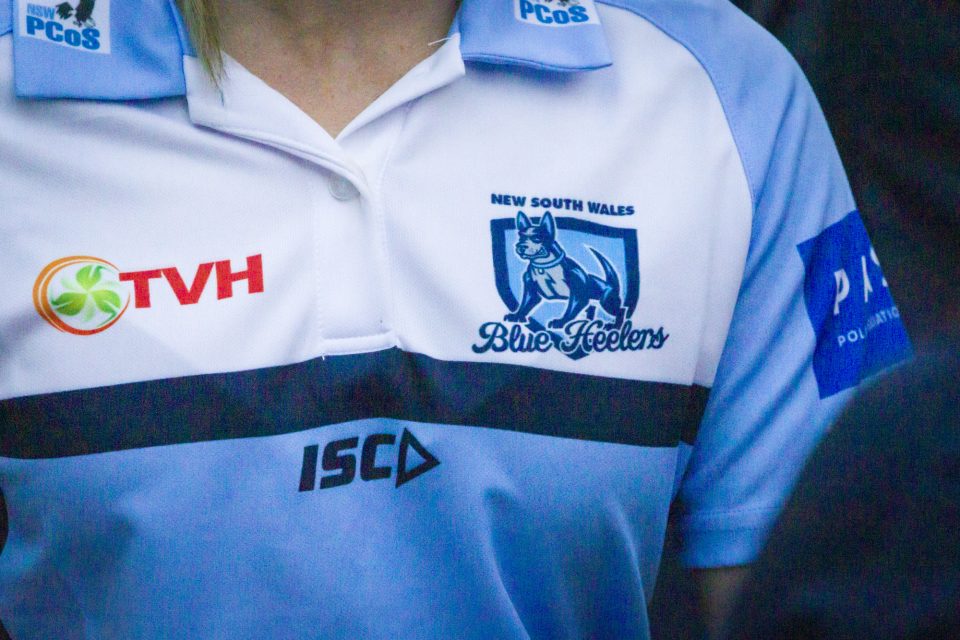 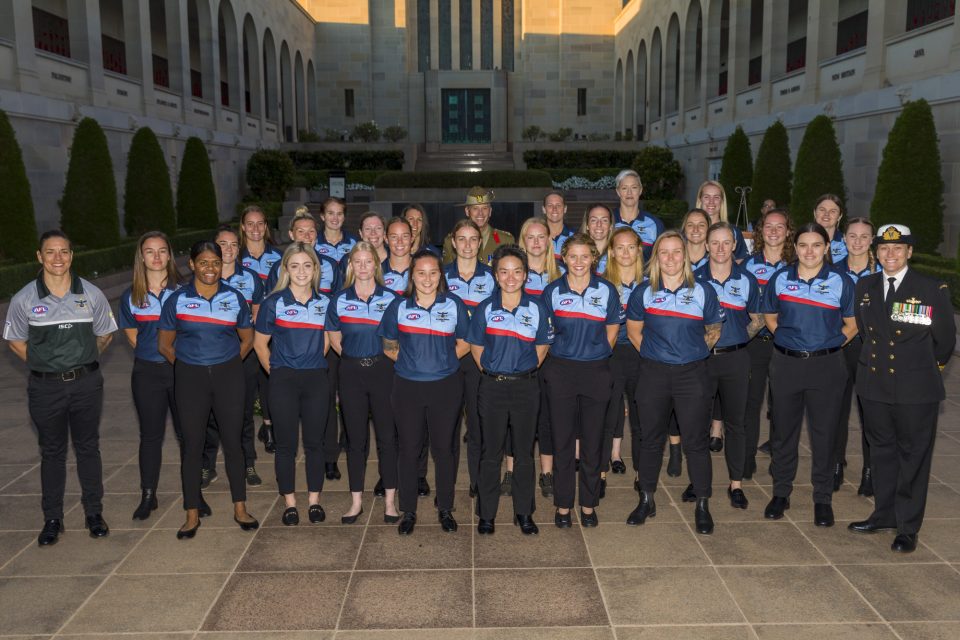 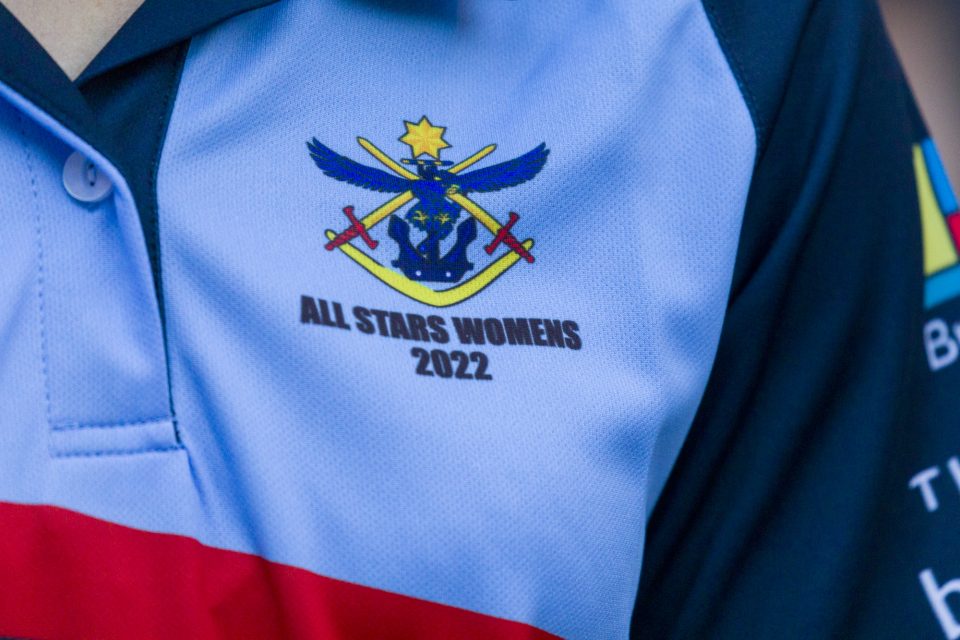 “This is a historic moment in time,” she said.

“To represent NSW Police in celebrating such an important occasion for the Anzac Round is a real honour for our female officers.”

Blue Heelers head coach Sandra Janjetovic played in the team’s inaugural match against Victoria Police in 2019 and said the way the game has progressed since then had been “incredible”.

“The fact that we’ve now been given this opportunity and at not just any curtain-raiser but the Anzac Round, that’s got a lot of meaning for us.”

Training has been a hurdle for the Blue Heelers with players coming from across the state, as far north as Tamworth and Narrabri, down to Wollongong.

“Trying to organise training sessions with shift workers as well is near impossible,” Ms Janjetovic said.

“But we’ve managed to put something together and preparing for this match is actually the first time we’ve been able to get together since that inaugural game.”

The Blue Heelers comprises players from NSW Police, Fire and Rescue NSW and NSW Paramedics, while the ADF All Stars has women from the army, air force and navy.

While both sides want to take out the win, there are hopes this match will become a permanent fixture.

Ms Janjetovic said she hoped it would also grow the sport within emergency services.

“I’d love to see this encourage more women to play, and hopefully form an emergency services national carnival where police can take on firies and paramedics. That would be amazing,” she said.

The match has been made possible through a newly formed partnership with the Greater Western Sydney Giants.

The women kick off at Manuka Oval at 4 pm for the Anzac Challenge Cup, before the GWS Giants take on St Kilda at 7:50 pm.