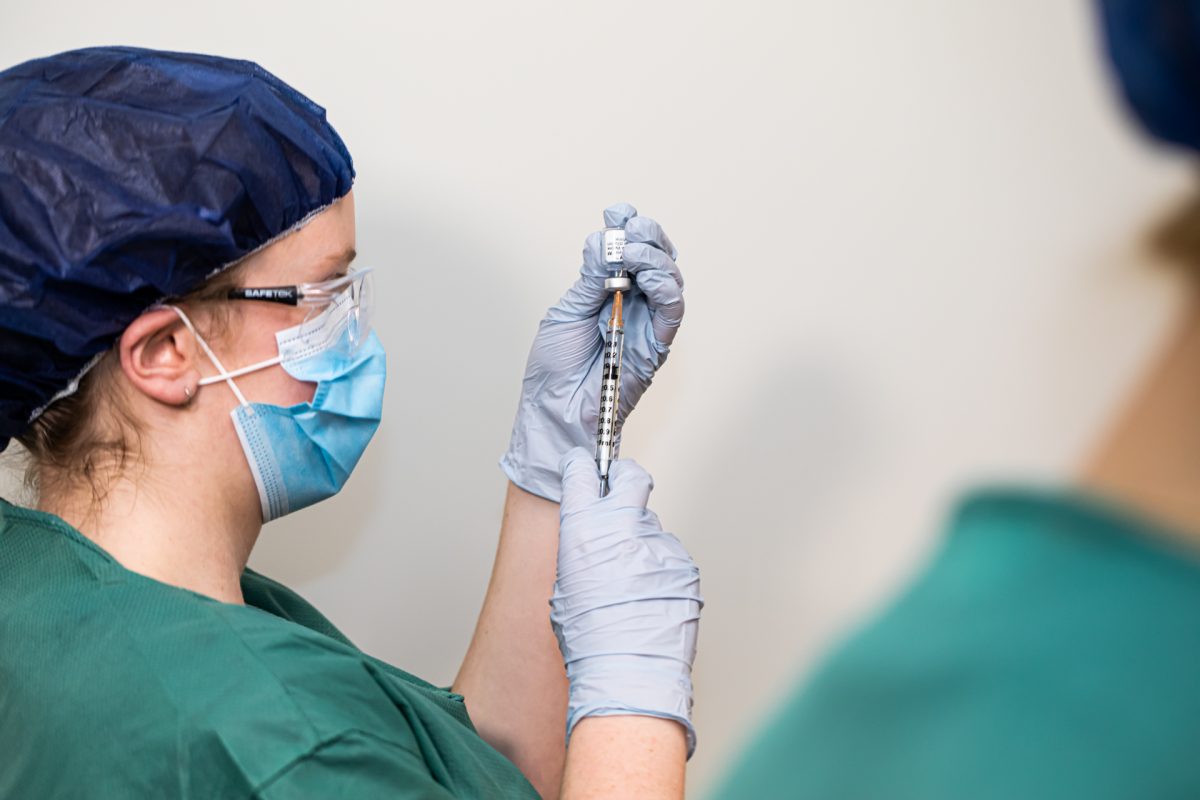 Nurses and teachers say a four-day working week would not only be possible in their industries but it could help attract skilled workers and reduce burnout.

If the change were to take place in schools, students would still spend five days at school but would be in the classroom learning for fewer hours than currently.

The Australian Education Union ACT branch told an ongoing ACT Legislative Assembly inquiry into the future of the working week, a four-day week would be possible if additional teaching assistants were hired and more job-sharing arrangements implemented.

If enacted on the basis of a 20 per cent reduction in workload, primary school face-to-face teaching hours would be cut from 21 to 16.8 and secondary hours from 19 to 15.2.

Students would then have their in-class hours reduced by 20 per cent in line with this but they would stay at school for the full week.

According to the union, Australian students already spend more time in classrooms than their peers around the world and could benefit from time to complete homework or other activities.

The union said students could be supervised by teaching assistants when they weren’t in class for structured learning activities.

READ ALSO Could we work four-day weeks? The ACT Government is trying to find out

Most of those sentiments were shared by another workforce that is struggling to attract and retain the staff numbers needed – nurses and midwives.

According to the union that represents them – the Australian Nursing and Midwifery Federation (ANMF) – reducing weekly hours would help with the general feeling of burnout as a retention and attraction tool.

The ANMF told the inquiry the maximum number of weekly hours for full-time employees should be reduced over time from 38 to 32 to make this happen.

That’s different from the “compression” model that typically means workers are expected to compress a five-day working week into four usually 10-hour days.

It notes that this change would also mean long-standing shift patterns may need to be altered and employees would need to “exercise high levels of control over their work schedules and shift patterns”.

The union also acknowledged more staff would need to be hired to assist with this change as healthcare services have to be delivered 24/7.

However, it said the implementation of such a change would “be a potent incentive for potential new employees”.

It also acknowledged the cost of this kind of trial and concerns around such a move serving to further casualise the workforce.

Both unions assume hours would be reduced without any loss in pay.

The Construction, Forestry, Maritime, Mining and Energy Union (CFMEU) also made a submission to the inquiry, echoing some of those concerns about encouraging more instability and casualisation of the workforce.

It ultimately said any change to working conditions could only be achieved through worker self-determination and self-organisation.

The ACT Government has previously expressed some concern about the difficulty of moving industries such as healthcare and education to a four-day model.

Submissions for the inquiry close on 16 December.

Yes, students would learn more if they spent less time in the classroom, and more time with their peers working on projects together. I teach university students this way, and it also can be used in schools.

So a 20% pay rise for teachers and nurses, back filled by unqualified people.
Why not just come through the front door and demand a well earned pay increase.
What we pay our teachers and nurses is rubbish (Australia wide), over the last decade we have seen many of the good ones leave.
You won’t attract people to these professions if there is no return on their initial investment: cost of studying, hex fees, 4 years of not earning.
Fix this and stop wasting time on themes like this.

Let the doctors and nurses work from home as well so they can bum around with all the public servants at the moment.

So where is the year-on-year improvement in skills and learning to back this up?

Are teachers taking a 20% pay cut to work 4 days a week or expect to still get paid the same?

Teachers could probably get an instant 5% pay increase if they left the union.

As I understand this proposal, teachers would reduce their face-to-face teaching hours and have fewer students in each class. Students would spend less time in classes and the Government would be required to hire more teaching assistants.

Full-time nurses would work 32 hours per week, down from 38 and the Government would need to cover their absences by hiring more nurses.

Less hours but no reduction in pay is a back door way of scoring a good pay rise.

RiotAct recently ran a similar story about a proposed 4 day-week for ACT Public Servants, not long ago.

There seems to be an thinking that no one pays, when you are on the public purse. Well, some one does; the ACT taxpayer. Everyone of us, through our rates and charges.

No wonder teachers are among the lowest paid professions. Tell me what they can teach you that the internet can’t. The only purpose of school is to teach the kids the social skills they need so they can handle bullying, networking, etc of modern day society.

I thought the aim of basic education was to teach you how to find and learn relevant factual information on your own. Oh well.