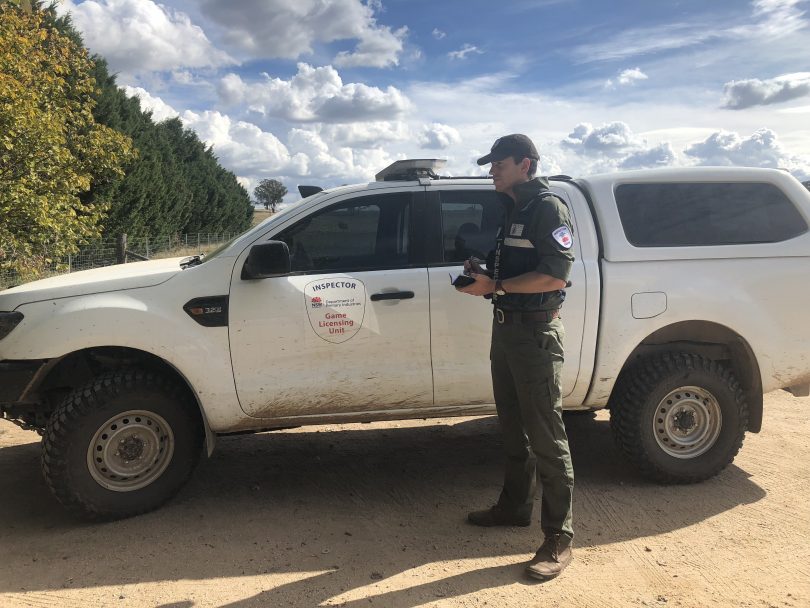 Compliance Officers from the Department of Primary Industries spent the Easter/Anzac break checking on hunters in the region and have returned with a positive report card.

Patrols and inspections by the Game Licensing Unit (GLU) have revealed the majority of hunters are doing the right thing when it comes to obeying hunting regulations, following a series of operations across New South Wales.

“Easter is traditionally our busiest time of year when the weather cools down and hunting and other recreational activity increases, particularly on public land like State forests,” Dr Moriarty says.

A large number of hunters were stopped for compliance checks with the majority fully compliant with hunting regulations and only minor administrative breaches detected.

However, five illegal hunters were stopped whilst hunting at night in Maragle South State Forest near Tumbarumba, without a game hunting licence or permission. Three firearms, a quantity of ammunition and a spotlight were seized with further enforcement action to be taken.

“This result confirms what we have seen in previous years; that licensed, responsible hunters continue to have high rates of awareness and compliance with the regulations and only a small number of unlicensed individuals choosing to flout the rules,” Dr Moriarty says.

“The hunting regulations are in force to ensure that hunting is conducted safely and ethically to protect the community and to allow the activity to continue to contribute positively to rural and regional economies.”

Attention will now turn to illegal hunters who tend to surface after the holiday crowds home gone home.

Local communities are urged to report illegal hunting activity through the joint GLU and NSW Police program – Shut the Gate on Illegal Hunting. Reports can also be made anonymously by calling Crime Stoppers on 1800 333 000.

Further information about game hunting and licensing, check the Primary Industries website or 02 6363 7650.