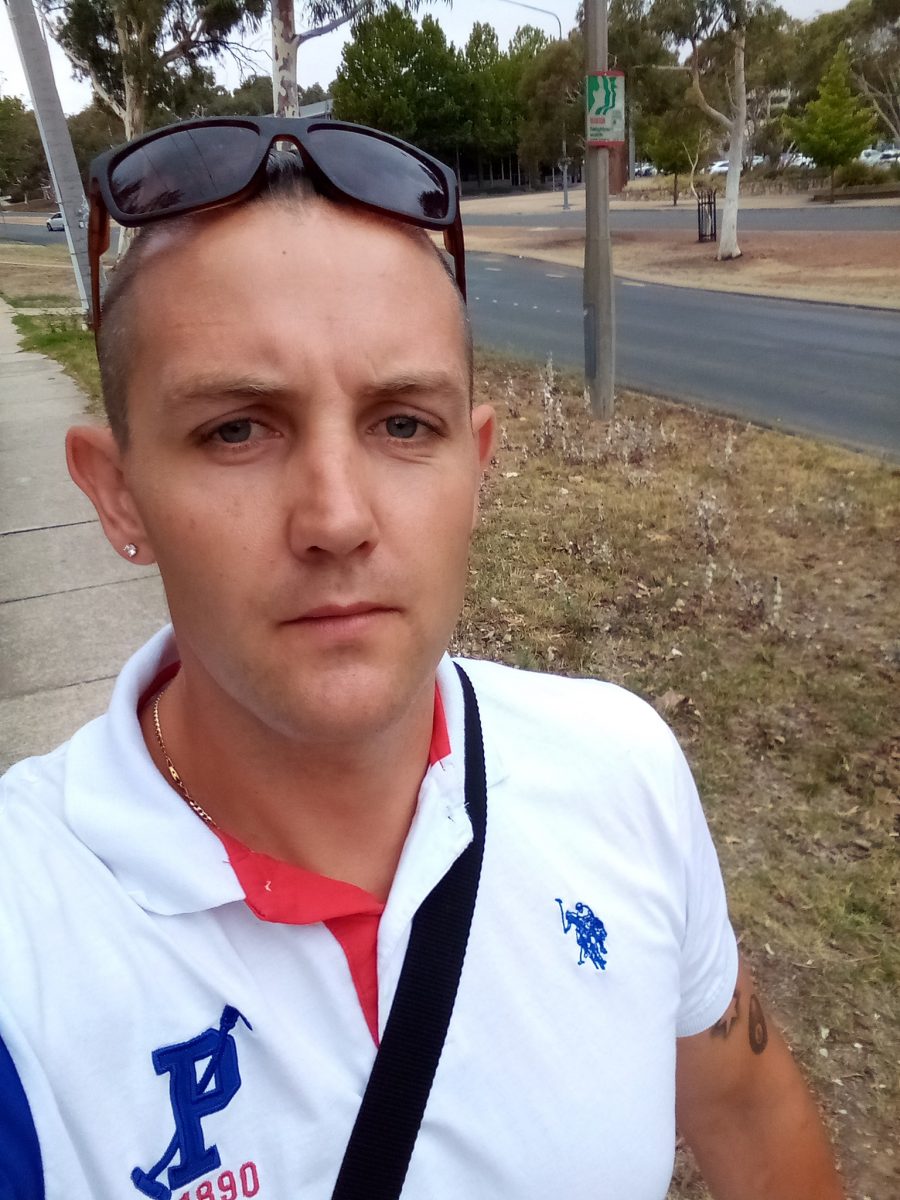 Anthony Daniel McIver has been sentenced to years in jail. Photo: Facebook.

A man who appeared to describe himself as “the devil” has been sentenced to almost four-and-a-half years in jail for slashing the head of another prison inmate in retaliation for a beating he endured himself.

Anthony Daniel McIver was already locked up in Canberra’s jail last year when he was assaulted while making a coffee, the ACT Supreme Court heard this week.

Later, McIver went into a prison cell, pulled out a “bladed article” and got into a fight with his attacker-turned-victim.

He punched the man, wrapped his arm around his neck and used the blade to slash his head.

The pair were separated and the victim was walking away when McIver ran back and punched him in the head again before a guard yelled at them to stop.

Justice David Mossop said the victim was bleeding from the head and face and “his clothing was covered in blood”.

He was taken to Canberra Hospital and found to have numerous injuries, including a 7 cm wound on the side of his head, bruising and abrasions to his face, as well as a 6 cm abrasion to his chest.

The court heard the injuries would leave permanent scars and could result in him experiencing numbness on those parts of his body.

McIver claimed he was defending himself from death threats and had been on the receiving end of threats since arriving into custody.

Justice Mossop said it was unclear why McIver was in the unit where the assault occurred as he was a remandee, while the victim was a sentenced prisoner.

However, he noted McIver had refused to go into the protective area of the Alexander Maconochie Centre due to the stigma associated with doing so and the other prisoners there.

McIver was also sentenced for other unrelated offences on 17 May 2021.

For instance, he messaged a former girlfriend and told her: “Shut up and tick-tok, you f-d with the devil so walk away or die.”

Also, he followed a stranger on the street and demanded they give him $50, saying: “If I hold a blade up to your throat, you may have it.”

Justice Mossop said the 33-year-old had a difficult upbringing and never knew his father. He had been a binge drinker until 2020 and had a history of drug use.

McIver was found guilty of recklessly inflicting grievous bodily harm over the prison assault after a jury trial in June.

Justice Mossop said when it came to sentencing, as the attack involved retribution for an earlier assault, there needed to be an emphasis on general deterrence to stop prison disputes from escalating into violence.

McIver pleaded guilty to charges of making a demand with a threat to endanger health, using a carriage service to menace and possessing a knife without a reasonable excuse over the other offences.

He was convicted and sentenced to four years and five months’ jail. He can apply for parole in November 2024 after he’s served three-and-a-half years behind bars.