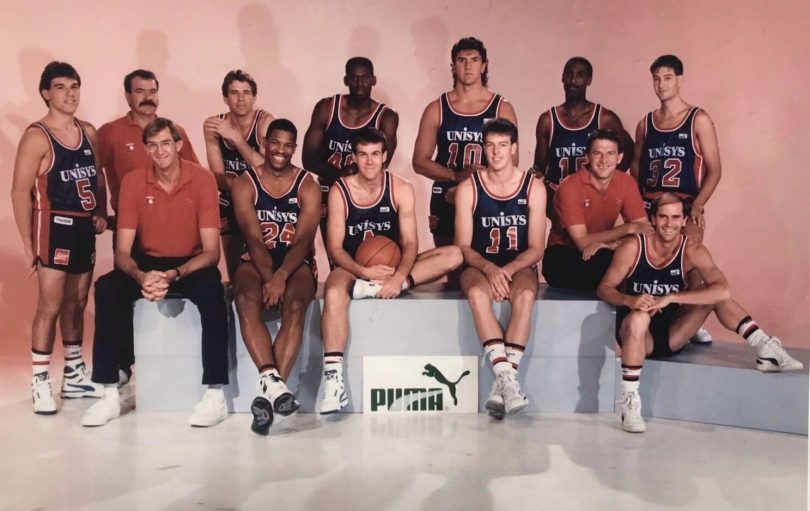 The Canberra Cannons in their prime were a sight to behold: capacity crowds, premierships and an entertainment experience that provided a template for other sports codes to follow.

At the peak of the Cannon’s popularity, it was standing room only at the Palace, now re-badged the AIS Arena. There was even a cannon that blasted mini basketballs and merchandise into the crowd.

The games were televised live on commercial television, and the players were as well known as Meninga, Daley, Stuart, Gregan, Larkham and Jackson in Canberra.

Phil Smyth, known as ‘the General’, Herb McEachin, Dave Nelson and Willie Simmons are some of the names that come readily to mind from that golden era.

It’s also worth noting it was an era with only the Raiders, the Capitals and the Canberra City Arrows as competition for the hearts and minds of the Canberra community during the 1980s.

The demise of the Cannons in 2003 and the subsequent transfer of the licence to Newcastle, then Singapore, left many in Canberra’s basketball community with little appetite for another tilt at being the base for an NBL licence mark II.

There have been various proposals to reinvigorate Canberra’s NBL prospects over the years, with the Illawarra Hawks backed by support from the ACT Government playing sporadic yet well-supported games at the AIS Arena.

Now NBL owner and executive chairman Larry Kestelman has resurrected the possibility of Canberra again being home to an NBL licence within the next two years.

The desire to expand the league to 11 teams comes in the wake of the success of the Tasmanian Jack Jumpers this year in their debut season.

The Jack Jumpers play out of the refurbished Derwent Entertainment Centre, redeveloped at a cost of $68 million with capacity for 5000 fans.

The proposal for a Canberra licence has a number of caveats, including bringing the AIS Arena up to NBL standard and support from the ACT Government. Thanks to the federal election, it would appear as though there is optimism that the AIS Arena will be brought back to life. 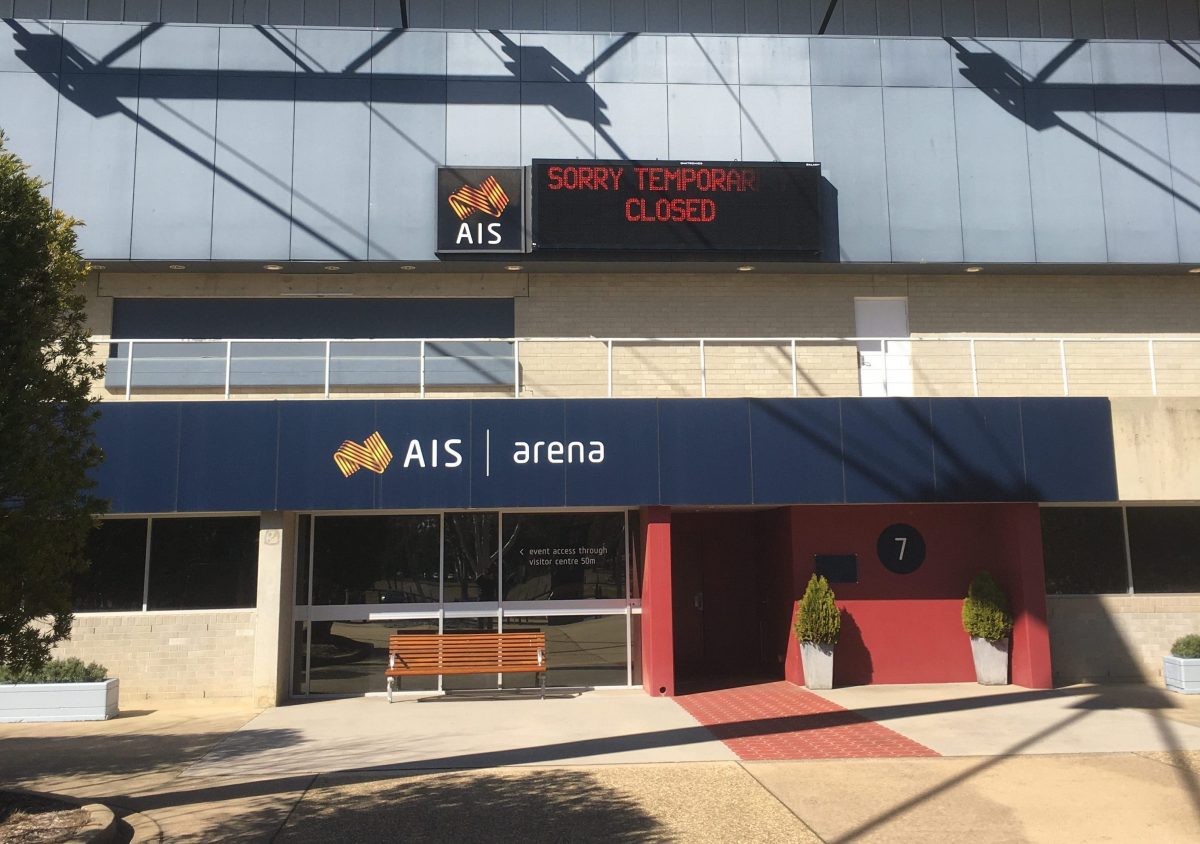 AIS Arena – is an upgrade on the cards after the change of government? Photo: Tim Gavel.

But there are differences between the Jack Jumpers’ model and the one proposed for Canberra. Most notably is the crowded sporting landscape in Canberra when compared to Tasmania.

The ACT Government is already assisting the Raiders, Brumbies, UC Capitals, Canberra United, GWS, and the list goes on with a push for an A-League and Big Bash team in the wings.

Another issue is whether government money should be spent on more national league teams when community sports facilities are in such a parlous state.

A positive of the latest NBL proposal is that it comes when the league appears to be on an upward trajectory with a professional business approach linked to community passion for the sport.

A Canberra team would also provide a pathway for young local players aspiring to play at the next level without having to ply their trade elsewhere.

As to a potential name for an NBL team in Canberra, should it come to fruition? That’s a no-brainer that needs little explanation.

NBL is a summer sport now. AIS Arena is promised a refurb.

Far right, The Queanbeyan Kid- Tony Boniello…
Those were the days.

What a night out!

Left, if you are looking at it!

Only if they are winning. Canberrans love nothing more than a winning team and will come out in droves when they are.

While this is a nice idea, I note the comment to give local kids a pathway. But how and where is the support for grassroots and that pathway? Spending millions for a stadium for a single team when local juniors and seniors have limited poor facilities to play in. The money would be better spent on new courts including a show court for the whole basketball community to use.

That wld b great for canberra!!!

Brody Doran I know someone who would be perfect for them and already has a uniform!!

Alana Dalgleish I don’t know if it will still fit Mel, but we can try!

Loved going to the Cannons game. My Grandfather known nothing about Basketball but would drive over an hour to enjoy the experience. Unforgettable.

Ryan H just to get clicks…

Where do you go before or after an event at AIS arena. If you dont or cannot drive there how is the public transport set up to support this.

Do not spend a dollar atvthe AIS. Put in in Civic where all of the above are already set up.

But I will happily take the Cannons any way we can get them.

While i would like to see us in the NBL, i dont want them to be the reason the basketball/music venues get built at the uc. The caps deserve that in there own right. But if it makes the money work to get it built then sure

Basketball participation is growing at a crazy rate. There is totally a market for them.

Amy Clark . It would be great to see another team here

Sue Newham pity we don’t have the beast anymore 🤩

Canberra can not afford not to have a team. I take my grandson to an Aussie Hoops clinic at 8am on winter Saturday mornings and with the 40 kids already there, there is still a waiting list for kids to get a run. It is followed by another clinic at 9 and there are similar clinics that are chocablock in other parts of Canberra. So many kids want to play that 11 and 12 year olds (13 divisions of Under 12’s boys and girls) have to play at all sorts of times to get a space…..which is also a function of the dearth of accessible indoor basketball courts in Canberra. The Canberra Gunners (Men) are currently leading the 2nd tier NBL1 East league and the Canberra Nationals( Women) are mid table after 8 games for both. All games are streamed but they still get a good crowd in spartan conditions. We are already the site of the Basketball Australia Centre of Excellence that is a feeder club set up by the ABA and NBA to prepare our best for US College Basketball and eventually the NBA. Basketball is indoor and not subject to the crowd killing weather that besets the Raiders, Brumbies, GWS and Canberra United. A good comparison at adult level is the CBR BRAVE ice hockey team that compete successfully in the AIHL. Prior to covid it sold out the albeit small capacity Phillip Ice Rink for game after game and could have doubled or tripled the crowd if the space was there. If the owners of the new NBL team….community I would hope rather than private…..are sensible with their pricing and more courts for kids come on line there are no limits on how well basketball overall and an NBL team could go.

Hi, waggamick. I understand and admire your passion for promoting basketball in Canberra.
However, I can still remember the days of going out to the AIS Arena when the Canons franchise was on life support in the late 1990’s until their eventual move to Newcastle and subsequent demise in the early 2000’s. They had to put up curtains in several sections to avoid the embarassment on national TV of a virtually empty stadium. The AIS Arena in the middle of winter is not much more inviting than Bruce Stadium.
In the current economic climate, many families have only so much they can spend on entertainment and given the profile of the Brumbies and Raiders (who still fail to attract large stadia filling crowds) a Canberra-based NBL team would be starting at a disadvantage. They may generate ‘curiosity’ support for a couple of seasons, but I suspect eventually, the higher running costs, compared to the Gunners and Nationals, would eventually prove fatal.

Canberra sports fans are fickle. Only support winners and wont be true die hard when times are tough. Cant see it floating unfortunately

Call me crazy but we’re currently wasting millions propping up a VFL team that’s been rejected by Western Sydney. Perhaps diverting that funding to something with local support would be useful

Move the Giants to Canberra would fix the western sydney problem. After all Aussie Rules dominated the local community long before the Raiders and Brumbies came along. The VFL should have cashed in back in the early 80s.

Australian rules football in the Australian Capital Territory has been played continuously since 1911 and was the most popular football code in Canberra between 1978 and 1982.

Where will they train and play, the ACT Government can not even support the Canberra Capitals

Lucas Anasdow Both ALP and LNP promised to fix up the old AIS Arena back to auseable standard as elections promises, partly as the NBL said they’d like a Canberra team back. So now we wait and see.

Lucas Anasdow agree. There’s been zero support for our successful women’s team but you just watch them re-furb AIS if there’s word of us getting an NBL team back. That said I’m also feeling like whatever gets is done – junior basketball is huge here; more kids than courts and the new facility Scorers Academy are close to finishing down south will be great for grassroots basketball. I think it would be great to have the Canons back and the time is right – if they get them (& the Caps) somewhere to play.

Chris Olsen LNP had 2 years to do something.