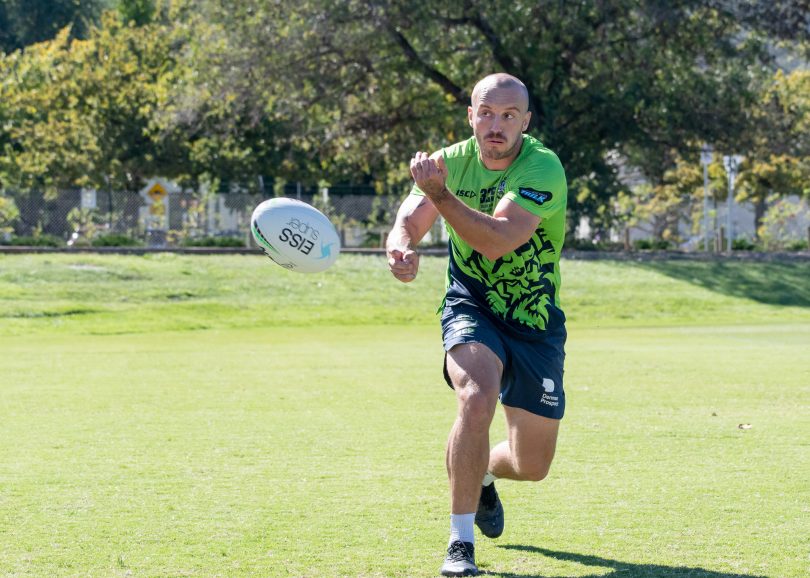 Josh Hodgson is out for the season after an innocuous knock in the opening round. Photo: Canberra Raiders.

In the 2019 NRL grand final against the Sydney Roosters, half the Canberra Raiders starting forward pack comprised English players: Josh Hodgson was hooker, and John Bateman and Elliott Whitehead were in the second row, while Ryan Sutton was part of the wider squad but didn’t play in the decider.

The following season, the number had grown to five with the recruitment of half-back George Williams.

In the loss against the Cowboys on the weekend, Whitehead was the only Englishman on the field in Raiders colours.

Sutton was overlooked for the second week in a row while Hodgson was out with injury.

Then there was confirmation that Hodgson would require season-ending knee surgery following an innocuous knock in the opening round.

With Hodgson off to Parramatta next season and Sutton heading to the Bulldogs, it leaves Whitehead as the last one standing at the Raiders. However, there is the possibility that English youngster Harry Rushton will be given an opportunity in the top grade.

The impact of the English imports on the Raiders has been significant and a recruiting masterstroke, which appeared to reignite interest from NRL clubs in looking to England for players.

At times it has been a rocky journey with the acrimonious departure of Bateman, followed by the equally difficult release of Williams. 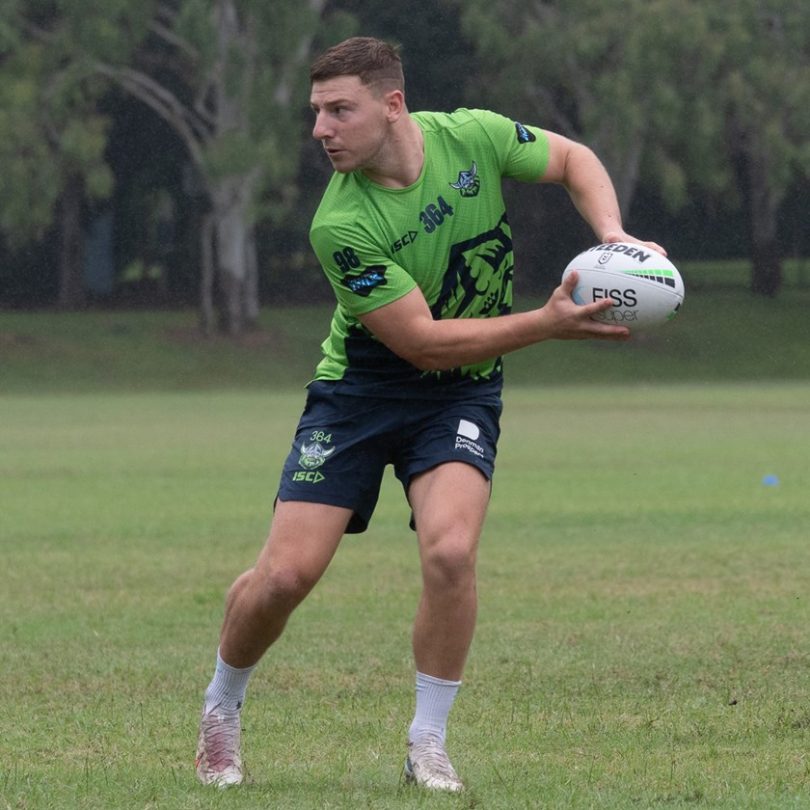 George Williams was released from his contract with the Raiders in May 2021, citing homesickness. Photo: Raiders.

Hodgson’s time at the Raiders hasn’t been entirely smooth sailing with suggestions that he was unsettled, but efforts with the team need to be recognised. He has performed well on the field over 138 appearances. He also won the Meninga Medal in 2016 for the club’s best and fairest.

His comments after the injury diagnosis indicated a strong desire to finish his time at the Raiders on a high.

“It’s certainly not the way I wanted to finish up at Canberra,” Hodgson said.

“After a disappointing year last year, it was probably the best I’ve felt in terms of my body and I was feeling really fit.”

Hodgson’s annoyance following his injury prognosis is apparent: “To do it in such a minor way and sustain such a big injury is really frustrating.”

So where to now in terms of recruitment for the Raiders with rival teams clambering to secure English players keen to try their luck in the NRL?

The club appears to be on the right track with the development of players such as Matt Timoko and Brad Schneider. They have been given plenty of time to develop, with Ricky Stuart holding them back until they are ready.

Where to source the next generation of players remains the big question: rugby union, the bush, the Pacific Islands or hope for a gem such as Josh Hodgson from England? With another club coming into the NRL next season and two new teams in Super Rugby, the competition for young players has never been more intense.