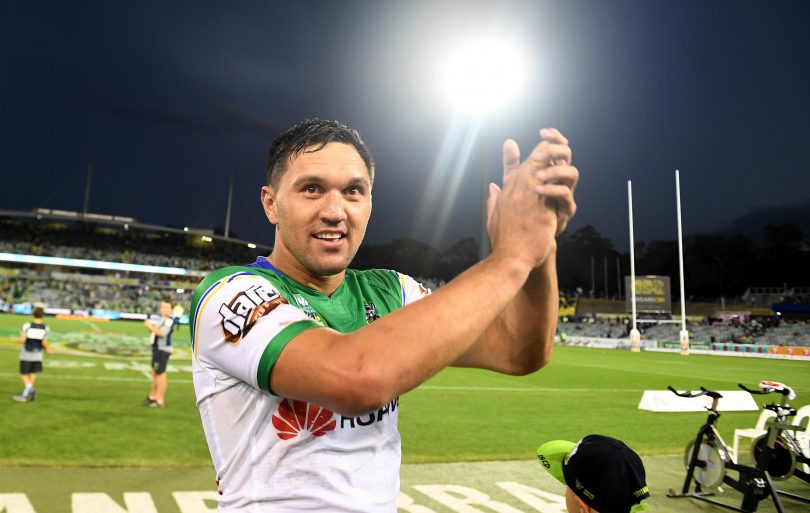 There’s no question that most of us want to play a positive role in our local community by lending a helping hand to those in need when they need it the most. However, while we all have the greatest of intentions, very few of us actually take action and get involved, most likely because of the perception that we’ll need to invest a lot of time or money we don’t necessarily have to be able to make a real difference.

Well, Jordan Rapana from the Canberra Raiders is showing us an easy way to make a difference and help Canberrans in need—and it doesn’t even require a lot of time or money!

Jordan is leading by example, demonstrating the new way to donate a little differently by getting involved in Canberra’s Biggest Garage Sale, having recently listed his signed Kiwi test jersey to be auctioned off to the highest bidder on Canberra’s own auction site, ALLBIDS. 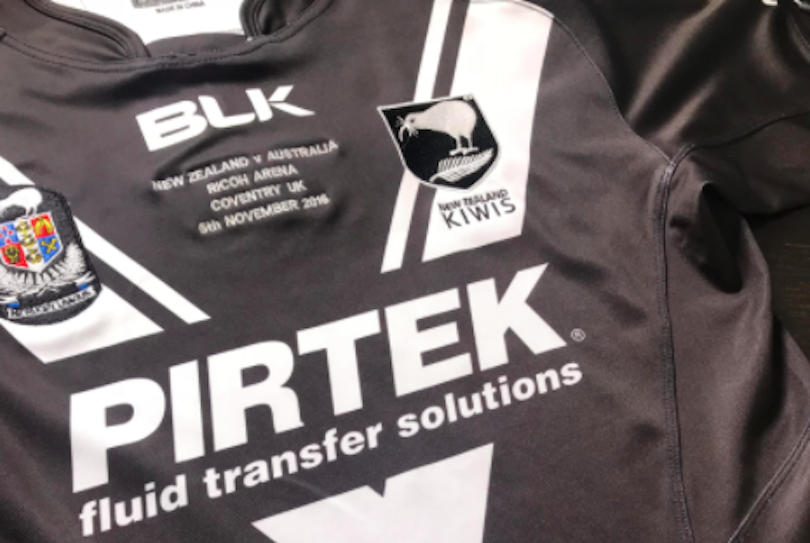 The signed New Zealand test jersey that will be sold to the highest bidder on ALLBIDS on 13th February. Photo: ALLBIDS.

Canberra’s Biggest Garage Sale is an initiative that allows you to auction off your unwanted items and donate the proceeds directly to Hands Across Canberra, who play a vital role helping some of the most vulnerable members in our community by providing financial assistance to more than 150 local Canberra charities who deliver front-line relief services.

In a recent video, Jordan demonstrated just how easy it was to get involved by simply creating an ALLBIDS account, posting the jersey for auction, then nominating Hands Across Australia to receive the proceeds from the sale.

While traditional notions of charity typically require you to invest either your time or money to make a significant contribution, this initiative provides an alternative way for you to lend a helping hand by putting your unwanted items to good use.

It could be furniture, kitchenware, whitegoods, clothing, electrical goods, tools or sporting equipment—basically, any unwanted items you have lying around the house can be used to make a positive difference in the local community. As an added bonus, you can even give your home or office a well-deserved clean out at the same time!

So why not do as Jordan does, and register an account with ALLBIDS and get started donating differently.

Jordan’s New Zealand test jersey will be sold to the highest bidder at 8 pm on Tuesday 13th February with the proceeds going to Hands Across Canberra. View the auction on the ALLBIDS website to place your bid.

Daniel Palmer - 35 minutes ago
Minus the fires, has me stumped why. View
The Garden, botanicus perfectus - 4 hours ago
Ann Gottaas View
Dee Small - 4 hours ago
Saw a young one on the O’Connor ridge yesterday... View
Lifestyle 16

@the_riotact @The_RiotACT
Have you been shocked by your latest #electricity bill? One Bonner resident saw her last quarterly #bill soar $1000, and she's not the only one https://t.co/0fib4XxA9r (35 minutes ago)