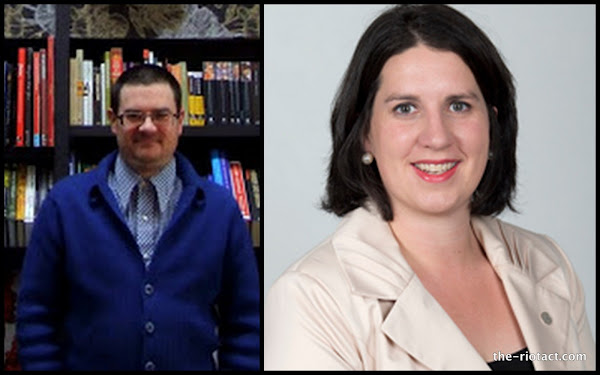 Last Friday we noted the Fringe was going back to its dad Jorian Gardner.

Yesterday the interim producers were grumbling that there wasn’t much process.

And today we have the Liberals’ arch conservative Giulia Jones having a fit of the vapous at the idea of Jorian Gardner’s continued existence:

“Last year Mr Gardner was suspended from radio for suggesting that someone should upskirt the then Prime Minister Julia Gillard,” Mrs Jones said today.

“I am surprised to say the least, that someone who has displayed such poor judgement would be given privileged and preferential treatment by this government.

“Why has this been allowed on Katy Gallagher’s watch when she decries sexism? Has Joy Burch been leaned on by members of the ACT Labor Party? Is she making her decisions based on lobbying rather than due process? Is this some sort of dodgy deal?

“Something is not right here. If he is the best man for the job he should have been put through a rigorous process in competition with others, and not just handed the job.

“As it is, you have to question Joy Burch’s judgement in appointing someone who made appallingly sexist comments about Julia Gillard,” Mrs Jones concluded.

Oh he should still be ‘sledged’.

It’s just that Guila rightly deserves to be ridiculed at every available opportunity.

Nice to hear from you again Jorian, its been a while!!

I’d be more concerned about the reasons Jorian was sacked from WIN.

Never mind that, how come there are still derelict petrol stations boarded up in this town. Please make it stop Giulia, I can’t sleep at night!!!

As far as I can see, the desirable outcome was reached, and yet the process to reach that outcome appears rather flawed and lacking in transparency.

This might be an entertaining topic for ACT 7.30 to get it’s teeth into, particularly after last week’s interview with Katy.

Never mind that, how come there are still derelict petrol stations boarded up in this town. Please make it stop Giulia, I can’t sleep at night!!!

Brice Smith - 2 hours ago
Malcolm Snow is a conservative. Got nothing to do with Barr. View
Brice Smith - 2 hours ago
Good old conservative Malcolm Snow, strikes again. That’s the type of dumbassery we get from the Libs... View
Cary Elliot Johnson - 5 hours ago
Get out. And i was feeling positive about asking Mr Gentleman about getting a Batcave Interchange developed in Lanyon. Booooo... View
ACT Election 13

Jason Preston - 6 hours ago
Buying your vote with your kids View
Jesse Mahoney - 10 hours ago
Y'all are arguing with someone who likes Pauline Hanson. I wouldn't waste your energy View
John Hartley - 10 hours ago
Labour drunk on money till there is none left then tax go up there a joke and have and will be for a long time View
Lifestyle 8

Toni Higgins - 6 hours ago
Shame facebook cant b used for good only instead people like to b nasty and put people down all the time.wonder if they would... View
News 7

Jess Peil - 7 hours ago
This is so exciting! View
Roland De Saxe - 10 hours ago
Great idea for Eden area View
Talla Mc Bogan - 15 hours ago
happened in the otways ,, mountain bikes took the moto tracks ,, they only use a small area though ,, so plenty of moto track... View
Property 3

Scott Humphries - 12 hours ago
"Braddon of the south" . So the light industry and commercial businesses will eventually be pushed out by apartments, just as... View
Marc Edwards - 14 hours ago
And 5 minutes later the residents will all start complaining of the noise etc. Some areas should remain commercial, not every... View
Jp Romano - 18 hours ago
A great area - great building and a great developer. View
Opinion 31

Charny Barney - 18 hours ago
Are there any more policy promises they are going to back flip on? Alistair's indecision and poor decision making is not a go... View
Sue Ellen - 23 hours ago
Elroy Jones Yes. It's one of the prettiest areas of the lake. It used to be nicer before they bulldozed all the trees on the... View
ACT Election 20