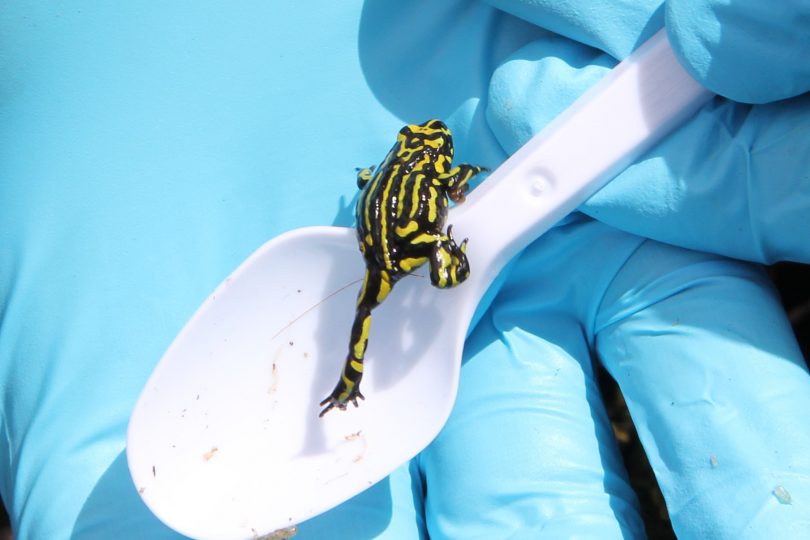 The captive-bred frogs have been released into breeding sites. Photos: Supplied.

Six hundred juvenile Northern Corroboree Frogs, which are listed as critically endangered in ACT, have been released into sphagnum moss breeding sites in Namadgi National Park to learn to fight one of their greatest enemies.

Only found in the Brindabella Ranges in the ACT, and in the Bogong Mountains and Fiery Ranges in NSW, scientists hope the new clan of frogs learn to develop natural disease resistance to Amphibian Chytrid Fungus, the main cause of their declining population.

The fungus invades the surface layers of the frog’s skin, causing damage to the outer keratin layer. It is not yet known exactly how the fungus kills amphibians but it is thought that it may cause mortality through disrupting the normal function of the skin, which regulates respiration, water and electrolytes. 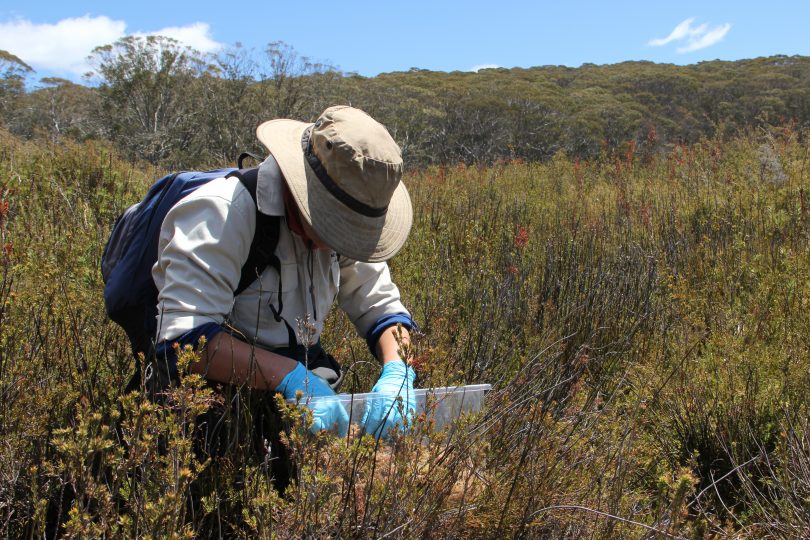 Scientists hope the new clan of frogs learn to develop a resistance to a killer fungus.

There were once abundant numbers of the Northern Corroboree frogs in the nation’s capital but over the past 30 years their numbers have declined to such an extent that they are now on the verge of extinction in the wild.

As part of the National Recovery Program, in 2003 the ACT Government established a captive-bred colony of Northern Corroboree Frogs at Tidbinbilla Nature Reserve from eggs collected in the wild.

Since 2011, the breeding program has helped release hundreds of captive-bred Northern Corroboree Frogs back into the fragile wetland ecosystems. 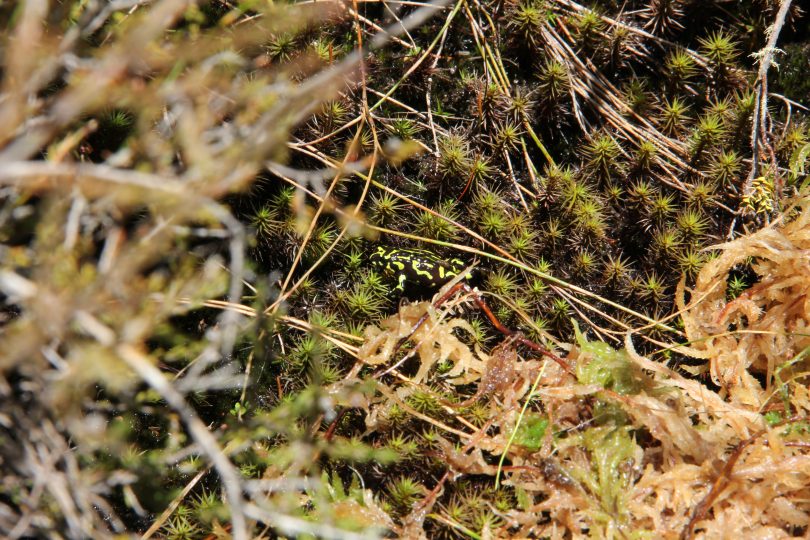 The Northern Corroboree frogs are magnificently coloured but perfectly camouflaged.

“This release builds on the successful release of more than 1000 eggs into key monitoring sites earlier in the year,” he said. “A previous release from Tidbinbilla’s Northern Corroboree Frog captive breeding program has resulted in several frogs reaching breeding age and at least one pair successfully breeding.

“While wild population numbers of the frogs remain low, results of the program have been encouraging.”

The ACT Government’s next step in the recovery program is to construct five large outdoor enclosures at Tidbinbilla to raise and breed Northern Corroboree Frogs in conditions that more closely resemble what the frogs experience in the wild. 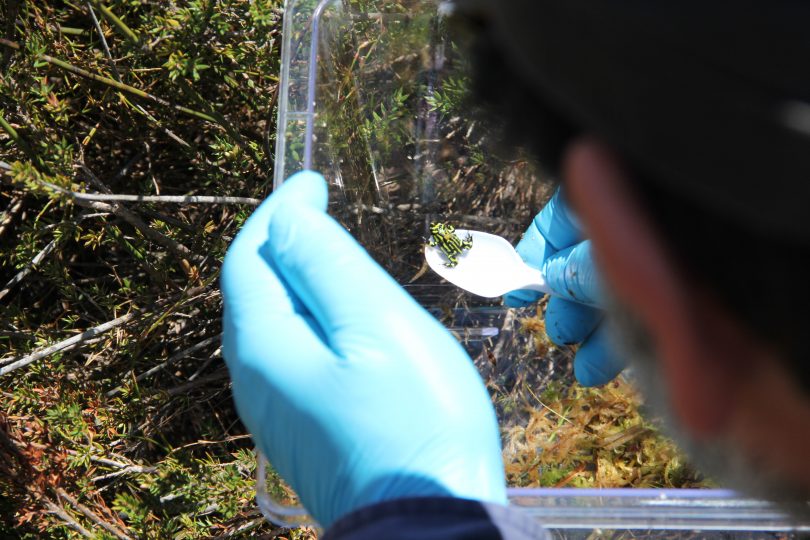 The clan of 600 will help Northern Corroboree frogs thrive in the ACT.

Pari Gilmour - 30 minutes ago
Hvcvlt Lukey Do you even know what Agenda 21 means? China btw has 94,000 cases total. They test regularly and consistently an... View
paulmuster - 37 minutes ago
Get your vaccine ASAP, enjoy your 2 hours exercise a day, stay away from the moronic conspiracy theorists online (some of who... View
chewy14 - 47 minutes ago
Yes, it seemed like those horrible journalists from "the hill" actually asked some necessary and difficult questions to hold... View
News 26

Sue Thurley - 31 minutes ago
Love driving up the Hume thru the Cullerin range. They are awesome... View
News 1

Tom Worthington - 48 minutes ago
Vocational institutions also provide a way to get a qualification with a minimum of study. The staff at CIT helped me documen... View
News 44

astro2 - 53 minutes ago
Hi Chewy, a few things need clarifying here; I'll try to be brief as I think this topic has gone 'off track' from the origina... View
chewy14 - 3 hours ago
Astro, That's a gross misrepresentation. "Current R4 doesn’t have this." How exactly will those redirects benefit? The ligh... View
News 2

Brydie Kelly - 3 hours ago
Jackie Fuller I've been to many a birthday party and had my 30th there. It was always a warm and welcoming environment. View
Alicia Conley - 5 hours ago
If they try put a maccas or KFC there I'll be protesting View
Jackie Fuller - 6 hours ago
Been living in Chisholm for 11 years..... as a young family we would never step foot in the tavern, never felt safe to do so!... View
Business 5

@The_RiotACT @The_RiotACT
Lawyers for Peter James Loeschnauer, who is charged over a crash that killed ice hockey star Lachlan Seary, have made representations that will be discussed with the @CBRBrave player's family https://t.co/n14bVYRm22 (8 minutes ago)