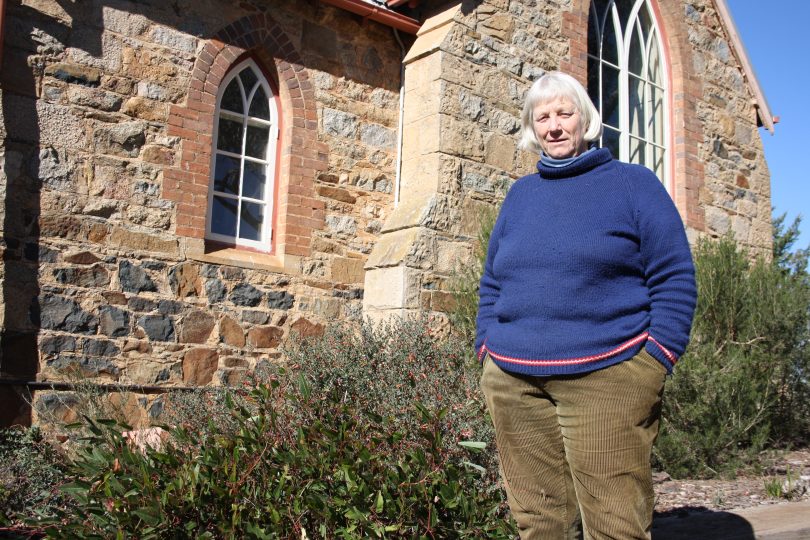 Australian native plant enthusiast Jenny Ashwell, outside the church she converted into a home which is surrounded by her native garden. Photo: Supplied.

Most of us understand the importance of nature conservation, but less is known about the native environment we live in and the plant species under threat or extinct in our area. It’s a sobering thought when we understand that without native habitats, our environment won’t survive.

However, thanks to a small band of dedicated ‘knowledge keepers’, who are willing to share their information as well as propagate native species for replanting, rehabilitating and maintaining the native environment, we can learn more about how to protect our own native environment.

The Australian Plant Society – Southern Tablelands (APSST) is a group of enthusiastic members with a passion for conserving and growing Australian natives and their habitats. In Goulburn, the APSST was acknowledged late last year as a Landcare Champion (South East) for its work planting natives in the Goulburn area, particularly the plants that helped to transform a former brick pit site into river wetlands.

“Our role is to promote awareness, recognition and the growing of native plants,” longtime APSST member, Jenny Ashwell said.

APSST members research, through field trips, and compile lists of native species to the area. This knowledge, which isn’t widely available elsewhere, is often passed onto National Parks, councils and residents who understand the critical role native species play in conserving and maintaining the local ecology.

“We have a diverse flora in the Goulburn region; from Bungonia at the top of the escarpment through to the western slopes’ species at Crookwell. By maintaining the native, and sometimes rare, species, we are giving frogs, insects, bees and other fauna a chance to survive and are really helping to conserve the whole ecosystem,” Jenny said.

“Our soils in Australia are ancient and much older than European soils. They’ve weathered over time. We have very different conditions here compared to the rest of the world, and that is why we have such different flora and why it’s important to maintain it.”

Threats to the ecosystem typically come from land clearing, chemicals and the establishment of ‘monocultures’ (single crop growing, for example), and urban development.

“Diversity is the thing that keeps ecosystems going,” Jenny said.

A member of the APSST for 15 years and a former biology teacher at Goulburn High School, Jenny’s love of plants and gardens dates back to a childhood spent in England.

“I used to go walking and identify the plants as a child growing up in the UK. Now I do it here. I appreciate the beauty of this country.” 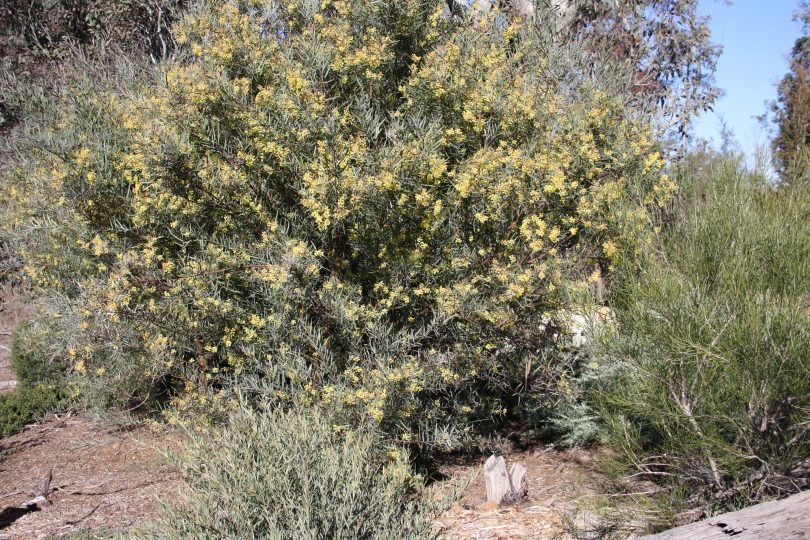 Wattle adds a hint of colour to Jenny’s garden, even in the middle of winter. Photo: Supplied.

Choosing native species over imported trees and shrubs is not difficult, she said. “Why would you plant Radiata Pines [from America] when you could plant wattles, and eucalypts between them, to give you a windbreak.”

Of particular interest to the APSST has been the establishment of native corridors which enable the local flora and fauna to move.

“Our climate is changing and these native corridors allow the necessary movement.”

“The ecology breaks down and biodiversity is reduced. When we have lots of different species, the flora supports the local bees. We have good Australian bee varieties in this region,” she said.

“If we want things to grow we have to look after the ecology, otherwise weed species take over. And it’s not that hard; natives are very easy to grow.”

“You have to look at the overall picture and the more native the habitat, the better.”

Aside from propagating native species common to the region for sale to the public and for use in local conservation projects, the APSST also has a role in sharing the research and information it gathers on native species. It has established a small public garden at the Goulburn Wetlands which demonstrates what plants grow in the area that can be used in gardens.

“You’re not just stuck with wattles, there are other plants that grow well here,” Jenny said.

The group is also holding a forum on local soils on Saturday, 7 July at the Goulburn Workers Club from 10am-12.30pm. The forum will identify the different soil types, including micro-environments, found in the local area, as well as establishing and growing native plants in these soils. The forum will also include what species are suitable in gardens for attracting local fauna.

If you are interested in learning more about your local environment and the native species that can keep it healthy, you can RSVP for the forum before 6 July to rcgalland1@bigpond.com. For more information on the APSST, head to the group’s website. 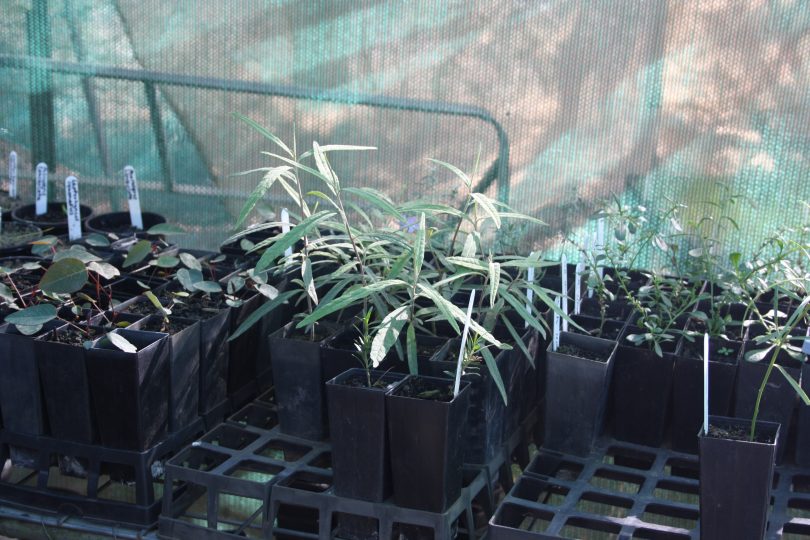 The APSST propagates native species for sale and distribution in the local area. Photo: Supplied.

Trade your garden weeds for native plants this weekend