If these walls could talk … historic Benedict House is on the market in Queanbeyan. All photos supplied by Kate Shelton.

An elegant ‘destination’ building associated with two former Prime Ministers is on the market in Queanbeyan and is steeped in history as well as business potential.

Two-storey ‘Benedict House’ was built as a convent in 1886 using locally made bricks and features 13 large rooms with a stylish residence upstairs and a versatile downstairs space suitable for a wide range of commercial purposes.

On the market for $1.8 million, the historic building is just 20 minutes’ drive from Parliament House and is awash with enthralling tales of those who have graced its premises. 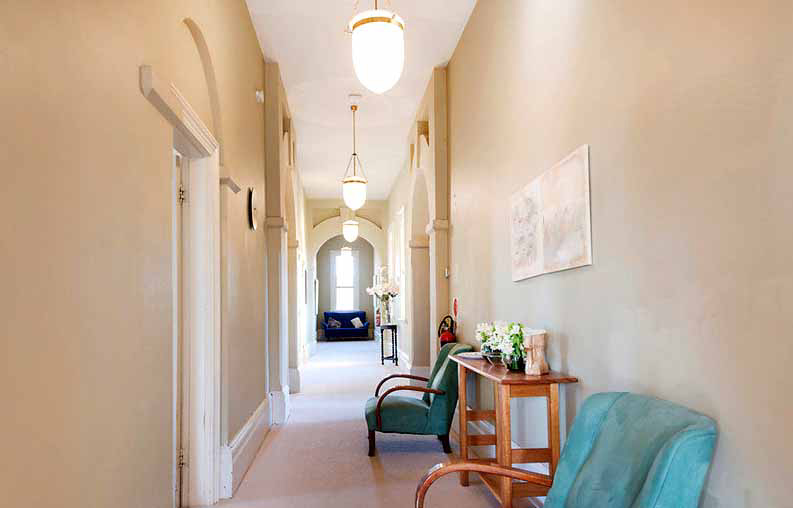 “Prime Ministers, musicians, artists, the religious, and celebrity chefs have all touched this building – or rather, the building has touched them,” said current owner and artist, Kate Shelton.

“It transcends all those who enter – timeless architecture that has integrity, meticulous brickwork, beautifully proportioned rooms, in a monastic atmosphere.

“Paul Keating attempted to convert it into a conservatorium of music, Ben Chifley was named after it, Kevin Rudd launched policies, concert pianist Geoffrey Tozer lived upstairs and played his baby grand downstairs, and operas have been launched in the cathedral-like courtyard,” said Ms Shelton who describes Benedict House as a “living building”.

She said the heritage-listed building is even going to be featured in a documentary film to be launched in August at the Melbourne Film Festival. 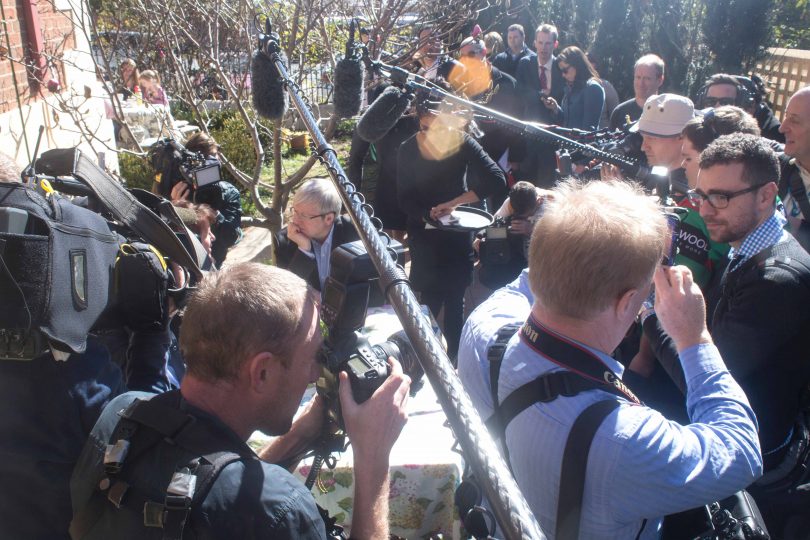 Ms Shelton bought the property in 2002 and used it as a residence as well as a cafe/gallery space and to run events ranging from weddings and twenty-firsts to art exhibitions, jazz performances and creative retreats.

Needing to slow down, Ms Shelton is reluctantly moving on but hopes to pass it on to new owners who will relish its business potential and keep it open to the public given its close connection to the community. 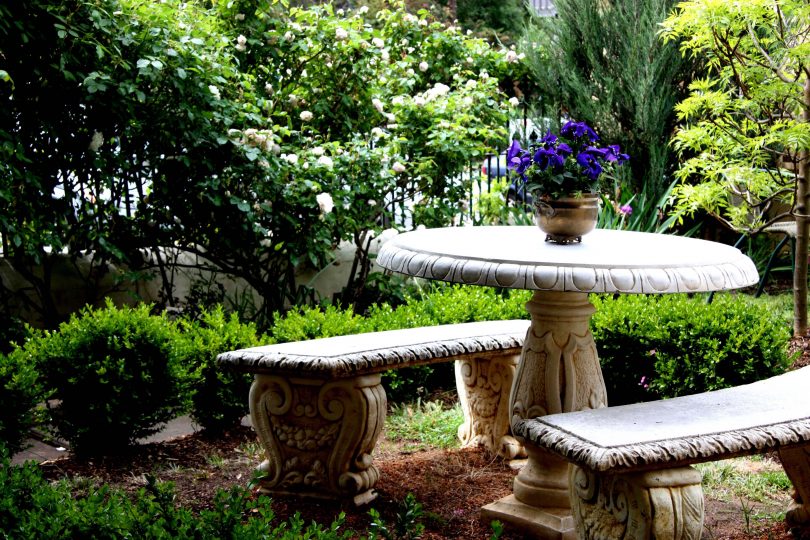 Under the Irish Strawberry Tree in the grounds of the property.

Located at 39 Isabella Street, the building benefits from a prime location near the river in an historic street.

The upstairs residence is classically proportioned, with a formal dining room, open kitchen, a large living room with a fireplace, three large bedrooms, two bathrooms and a third upstairs toilet. 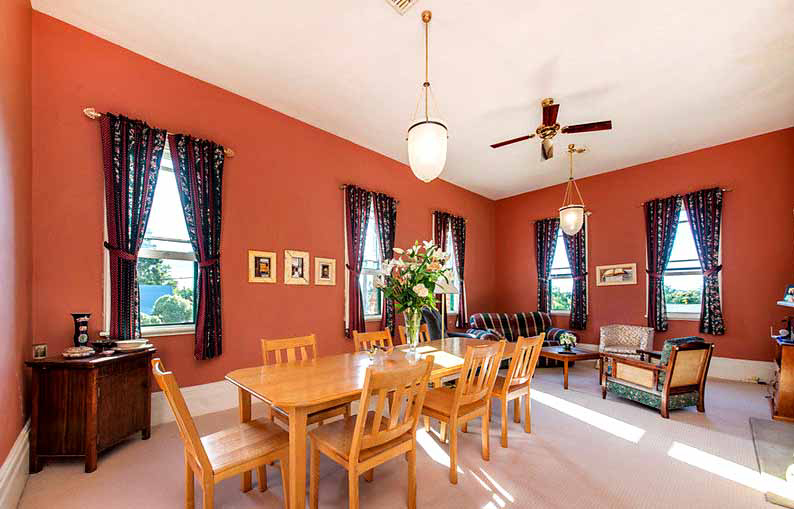 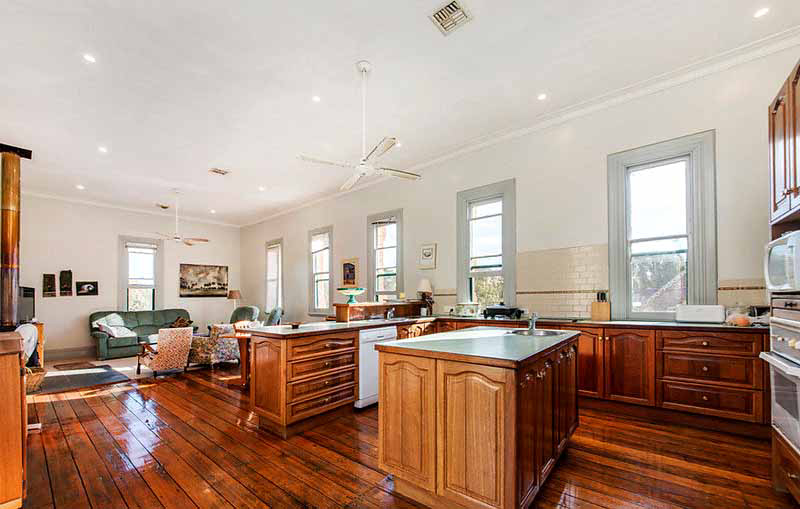 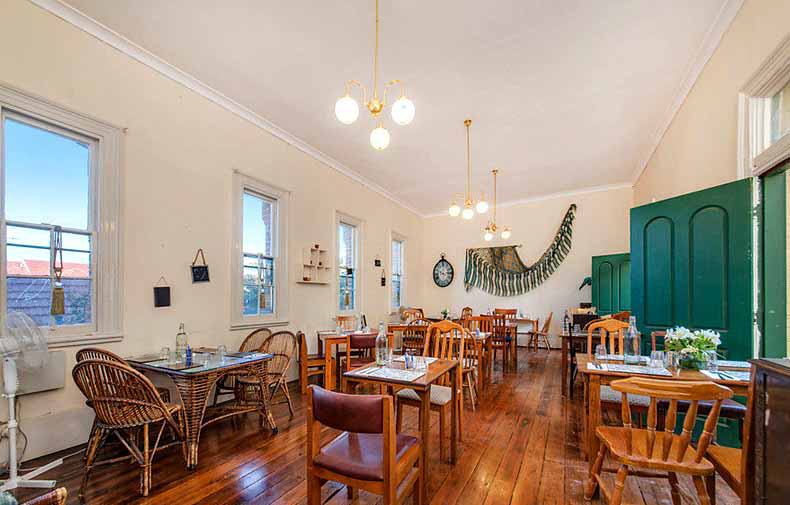 There is also a grand monastic courtyard which can be used for functions or events, secure car parking and lovely gardens. 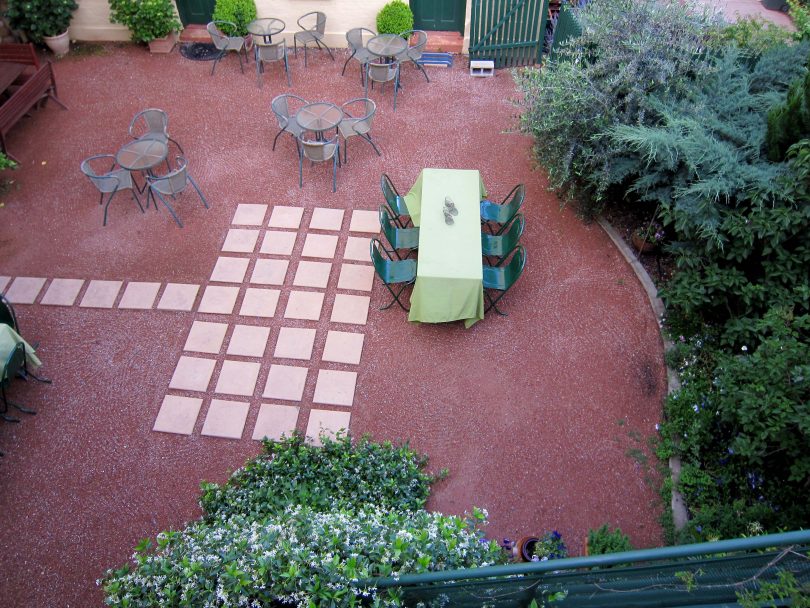 Adding to the appeal of the property is a stonemason’s cottage which could be used as a separate residence or studio and has a history all of its own. The cottage was the original kitchen and bedroom for the cooks, who were sometimes ‘wayward’ girls who were cared for by the nuns.

The history of the main building can also be traced back to four Irish nuns who arrived by sulky from Sydney in 1879. A local businessman donated three acres of land and a cottage to the nuns to build a convent and ‘Higher School for Young Ladies’.

A young Irish immigrant, Mary Anne Corrigan, lived with the Sisters for some time in the early 1880s. When she married and gave birth to a son, he was named after the convent. The son grew up to become the 16th Australian Prime Minister – Ben Chifley.

The story of the property’s interesting connections continues and Kate Shelton can provide prospective purchasers with the full details – as well as detailed information about the building and possible future uses.

The building’s special zoning allows a wide range of commercial operations to take place on the premises, from hospitality to retail, community use, recreation and more. 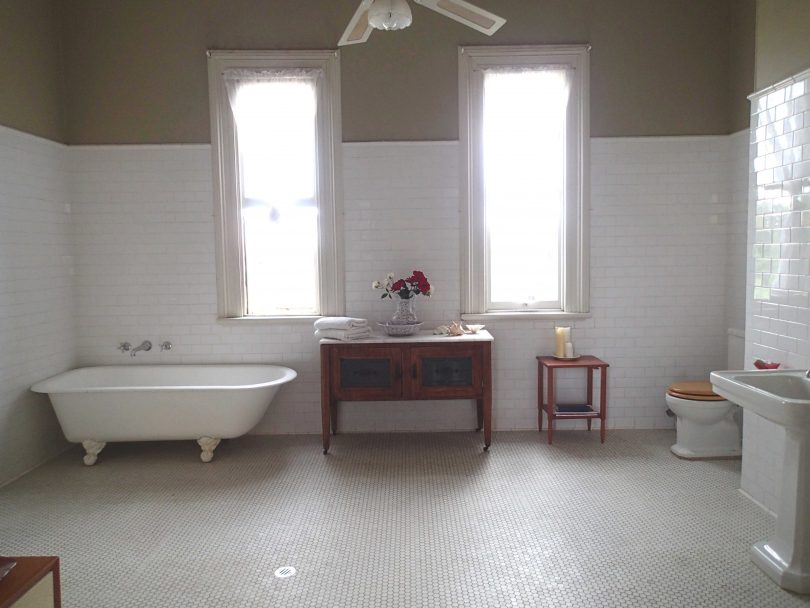 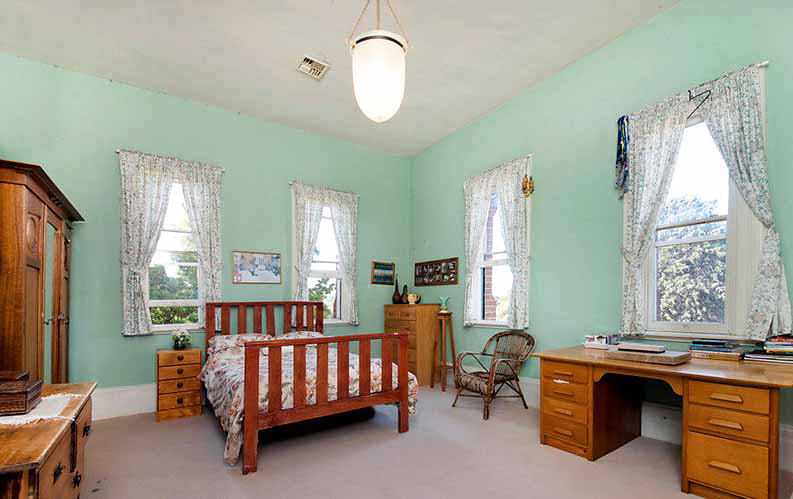 Christine Moulet - 5 minutes ago
why not? View
Kura Rakete - 14 minutes ago
I like Thips Pad Thai in Church offices Belconnen... it has authentic street hawker flavour but very restricted opening hours... View
Lin Van Oevelen - 2 hours ago
I am still looking for a great pad thai on the Northside. One of those simple dishes that requires real skill to get right, I... View
News 4

Tamara Curtis Gordon - 32 minutes ago
Ridiculous View
Tim Batten - 1 hour ago
What a absolute joke. View
Lori J Tas - 2 hours ago
Yup, to me it's just unfathomable that someone who holds a knife to their own child's throat gets a far lesser sentence than... View
News 9

Craig McPherson - 39 minutes ago
Tristan Melhuish oh yes, and hey I get this language from government - bureaucracy at its finest - but from a journalist - su... View
Tristan Melhuish - 48 minutes ago
Craig McPherson or signalising an intersection when they are installing traffic lights? 😂 View
Alby Mack - 1 hour ago
Simon Southwell this is separate to the bloody tram. That is still going through approval process and Barr wants to build it... View
Opinion 57

Elysia Su-Chien Fisher - 47 minutes ago
Melinda Gonczarek i met my best friend through work when i moved and subsequently my hubby. Yea ok I understand its not the e... View
Melinda Gonczarek - 1 hour ago
Elysia I'm one of the good ones lol Actually one of my closest friends and I met through work and she was from Melbourne (has... View
Laura Gilbert - 1 hour ago
I moved here 13 years ago. A lot of people mentioned this to me but I made new friends over time and those friends have evolv... View
Opinion 204

Thai is one of my favourite cuisines to cook and eat. Fresh humble ingredients perfectly balanced to achieve harmony between...
Opinion 24

Region Media Group Editor Genevieve Jacobs has been recognised in the Australia Day Honours for her service to broadcast media...
Opinion 57

@The_RiotACT @The_RiotACT
A former speechwriter for Charles Perkins and a former staffer for Christine Milne will fight the next federal election for the ACT Greens https://t.co/Stan0SQMlP (2 minutes ago)

@The_RiotACT @The_RiotACT
Businesses in Queanbeyan's industrial area are being urged to be aware of toxic runoff and not drain the health of local waterways https://t.co/Kvn264mwjs (1 hour ago)