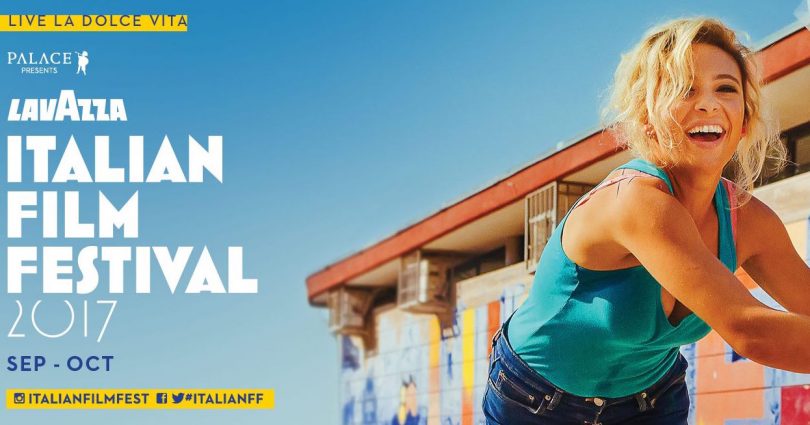 Spring into spring with some Italian fare.

In town from Sept 14 – Oct 8, you will have plenty of chances to indulge your Italian inclinations as the festival this year offers 28 features across two primary categories: “Comedy, Italian Style”, and “Lights, Drama, Action!”.

Canberra will also enjoy the inclusion of exciting Opening/Closing Nights, a Special Event midway through the festival and a rare Q+A Session with this year’s Festival Ambassador – Greta Scacchi.

With an illustrious and decorated career to date across stages, screens and languages, Scacchi will be familiar to Australian audiences for her Award-winning performance in Australian coming-of-age classic Looking For Alibrandi (2000).

Born in Milan, Italy, 1960, Scacchi and her family migrated to Perth, Australia, 1975. She would endear herself to Australian audiences over the years and make waves internationally both on stage and screen, eventually receiving an Italian knighthood – Cavaliere Ordine al Merito della Repubblica Italiana – for her services to the arts, at the Italian Embassy, London, 2013. This year, she stars in the multi-award winning festival inclusion Tenderness – a post-WWII drama set in Naples.

A debut for the festival is the Bulgari Critics’ Choice Award. Six featured films will contend for $10,000 prize-money and a tailor-made award from Bulgari, with the winner to be announced in Melbourne and decided by a six-member panel including film critics, local actors and aforementioned festival Ambassador Greta Scacchi.

Opening Night on Thursday 14 September gets proceedings off to a light start with the premiere of the 2017 Italian Golden Globe Winner for Best Comedy and Best Supporting Actress, Let Yourself Go!

Q+A Screening on Tuesday 19 September of Tenderness, followed by Q+A with Festival Ambassador and star of the film Greta Scacchi.

Special Event on 27th September will be the screening of rousing biopic Dalida which tells the story of the eponymous and legendary Italian disco queen who reigned supreme between the 50s and the 80s.

Closing Night crowns the award-winning line-up with a masterpiece. Life Is Beautiful (1997) will celebrate its 20th anniversary as part of the festival and Roberto Benigni’s masterwork demands to be seen. If you’ve seen it already, see it again. Having seen it 20 years ago upon local release at Electric Shadows, the chance beckons to be moved yet again by its message on the big screen. This Best Picture Oscar Winner is not just one the best Italian films ever made, it’s probably one of the best films ever made. Period.

Other choice picks for the festival include:

Naples ’44 – experimental documentary about the romantic resilience of the titular city, adapted from the military memoir of a British Intelligence Officer who experienced war-torn Naples in 1944 (Narrated by Benedict Cumberbatch)

With the festival running for three and half weeks, pencil in those flicks you want and see and make sure to get among the festivities. Keep your eyes peeled for ‘Best of the Fest’ sessions towards the end of the festival.

Pick up your program at Palace Electric or head to: www.italianfilmfestival.com.au for more information.

Tramcar Trev - 6 minutes ago
$162million for about 1km of light rail does seem excessive. why do they insist on laying the track inn concrete where the tr... View
Sally Greenaway - 7 minutes ago
Steve Manns but that can't be right. It's too expensive even for our rates... View
Steve Manns - 45 minutes ago
Sally Greenaway no. None. Not a cent comes from private investors. No ones going to invest in that. If you want to know where... View
Lifestyle 36

Clive John Trenton - 24 minutes ago
Come on people. It was replaced for a very good reason! As an old bridge it was likely costing a fortune to maintain due to i... View
Mitch Carrington - 49 minutes ago
Was fun riding over this for some reason Mark Humphrey Wheeler View
Greg Grant - 58 minutes ago
About time! View
News 244

Nanna Lola Apted - 29 minutes ago
Who will look after them and keep them tidy. Who will prune them back when they overhang the roads and block drivers vision. View
Geoff Jones - 1 hour ago
Money could be spent maintaining public spaces and mowing. View
Joy Gulliford - 2 hours ago
Not more dirty gum trees I hope. View
News 25

Yinan Zhang - 1 hour ago
Thank you for referring to the appropriate information source Rosie, I like the way you have approached this delimma. Yes and... View
News 27

chewy14 - 1 hour ago
JC, No spin here, just facts. Whatwik claims that others have had to backtrack on their plans. Except none of the other state... View
Opinion 50

billyates1955 - 7 hours ago
Thanks for the explanation. I would also like to know about the other green boxes that the posties seem to have access to. Gr... View
show more show less
*Results are based on activity within last 7 days