In uncertain times,
we give you certainty.
24 September 2021 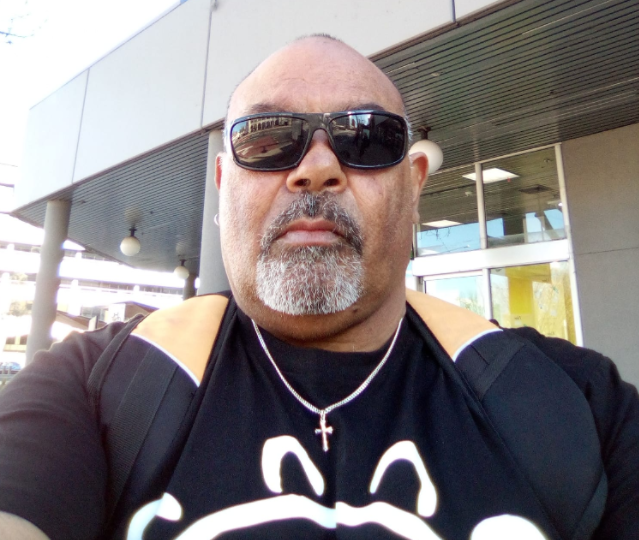 A self-identifying leader of the community who held a woman captive at his unit while throwing knives at her has been sentenced in the ACT Supreme Court.

According to a recent judgement, the victim and her friend saw Warwick Payne at a Woolworths on the afternoon of 26 June 2020, where he appeared to be in an argument with staff.

She tried to calm him down, and he invited her and the friend, whom he already knew, over to his unit in Hawker.

They drank beer and smoked cannabis for an hour before leaving, but the woman left her handbag behind.

The next evening she returned to the unit to collect it. But when she tried to leave, Payne pushed her to the ground to prevent her from going.

She tried to get up again, but he kept pushing her back down. He told her he would make her his “white b-tch”.

“Thinking that he was joking, the victim told the offender that she was blacker than him and that his ancestors would be ashamed of him,” Justice David Mossop said.

Payne then started to speak nonsense, including saying the victim had been sent there to kill him and asked who had sent her.

“She replied that no one had sent her and that she was just there to get her handbag,” Justice Mossop said.

Payne also said he was a hitman for the Comancheros motorcycle gang.

His behaviour escalated. He dragged her to the ground by her hair, punched her in the face, headbutted her while grabbing her around her throat, then threw her to the floor. He choked and headbutted her a second time.

After stopping her from leaving his unit for about an hour, Payne got knives from his kitchen and began throwing them at her.

“None of the knives hit the victim. Instead, they bounced off walls and landed on furniture,” Justice Mossop said.

When Payne swiped at the woman with a knife, he cut her hand, causing her to bleed.

“Oh, now you’re bleeding all over the f-king place,” he said.

The woman was later able to leave his unit and she went to the police the next day.

When police arrived at Payne’s unit later on 28 June, he asked them: “Is this about that girl from last night. Did she squeal?”

He told them he had been drinking whisky the night before and did not remember anything.

Payne was arrested and taken to Canberra Hospital where he hit a nurse, as well as spat at the nurse and a police officer.

Justice Mossop said the woman had been unable to leave his home for between about six and eight hours.

He said a pre-sentence report showed 53-year-old Payne is a Ngiyampaa man who worked in removals, carpentry, retail, farming and metal fabrication industries.

“He considers his Aboriginal heritage as important to him and considers that he is classed as a leader in the Aboriginal community,” Justice Mossop said.

In November 2020, he was assaulted by other detainees, after which he began suffering from feelings of anxiety and depression.

Justice Mossop said the motivation for the offending was not clear but appears to have been significantly contributed to by Payne’s voluntary use of cannabis.

He was sentenced to three years and three months in jail, with a non-parole period of two years and two months which means he is eligible to be released in September 2022 after taking into account time served.