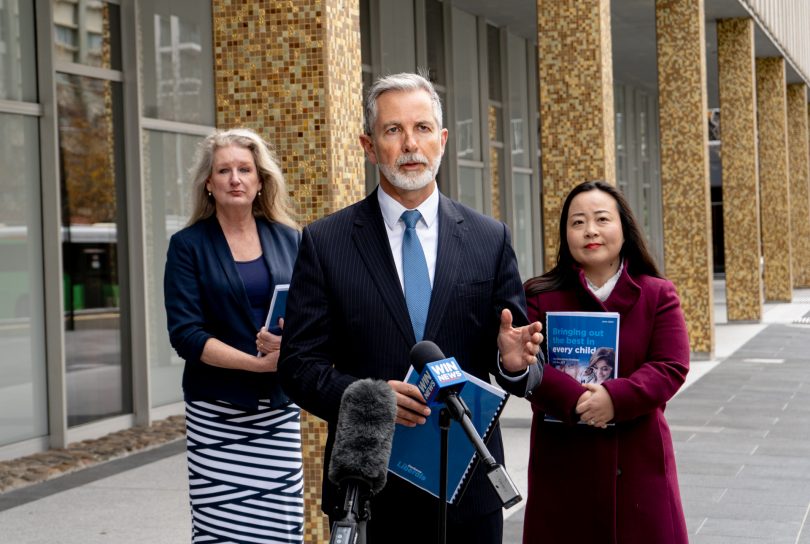 The Canberra Liberals are calling for a Gonski-style review of the ACT’s education system after the author of its new strategy said young children did not have the maturity to thrive in inquiry-based learning environments implemented in the Territory.

Education academic Dr Karen Macpherson – who is also the education advisor to Shadow Education Minister Jeremy Hanson – said the government’s strategy was leading to children falling behind in their formative years because they could not be expected to make choices about what and how they learned.

Dr Macpherson and Mr Hanson (17 June) released the Bringing out the best in every child education strategy today (17 June), committing the Canberra Liberals to an education system that would achieve “genuine equality” for students and avoid a one-size-fits-all approach.

The 86-page strategy references the external review of the Margaret Hendry School, saying it “illustrates clearly how following ‘politically attractive’ classroom practices can result in very poor learning and behaviour outcomes for students, even when staff are strongly committed”.

The Margaret Hendry School opened in early 2019 and was the first school to operate under the government’s Future of Education strategy, with classrooms built around student-centred learning principles. 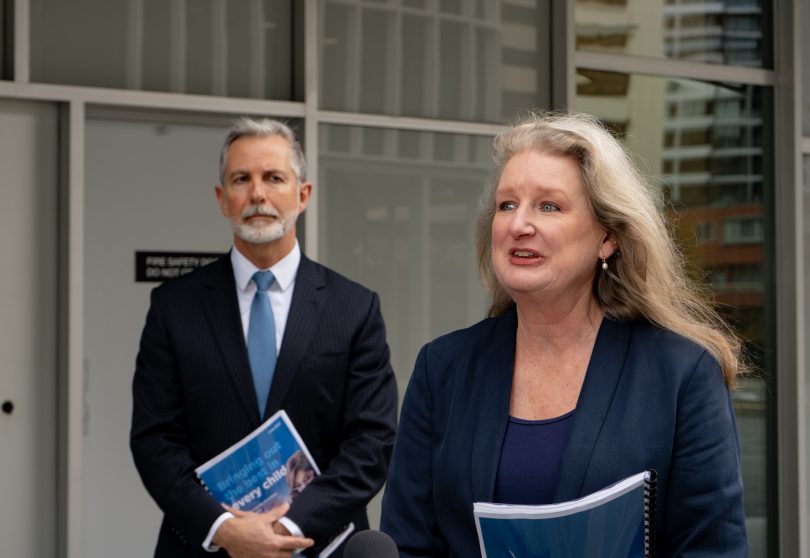 But a review of the school found a culture where bullying was exacerbated in the multi-aged classrooms, teachers were inexperienced and there was student confusion over learning outcomes.

Mr Hanson said external reviews of individual schools cannot be looked at in isolation, which was why a holistic, Gonksi-style analysis was needed.

“The Margaret Hendry School is just one, and I am not critical of the hard-working teachers there, that is why we are saying it is a problem with the system,” he said.

“I am not saying there is a problem with a [particular] school; there are some excellent schools out there.

“That is why we want to have that review and get someone like David Gonski to have a look at our school system and understand why it is we are falling behind in literacy and numeracy.”

Parents at the Margaret Hendry have complained that their children had not learned the basics of reading and writing and needed tutoring to catch up on their learning.

While Dr Macpherson and Mr Hanson support inquiry-based learning, which gives more autonomy to students, they argue that this learning style needs to be built on a foundation of basic skills and knowledge that children were not getting or did not have.

Mr Hanson said that no fewer than five independent research reports into the ACT’s long-term results in NAPLAN have concluded that Canberra children are between two and 16 months behind in learning, depending on the scope of the reports.

“Our analysis has shown that school governance and funding are sub-optimal and have declined in the past decade,” Mr Hanson said.

“The current ACT Government talks a lot about equity, but our school system lacks genuine equity for many students, and many are missing out on a quality education.” 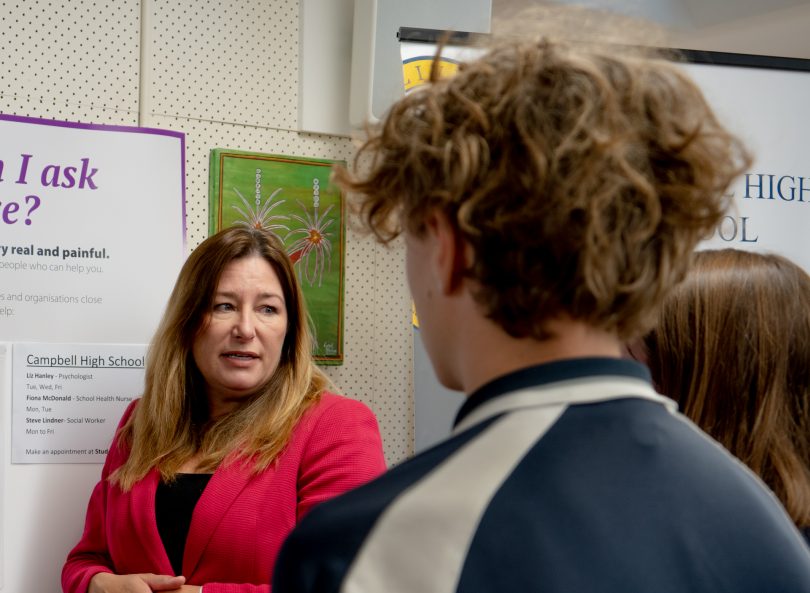 The Liberals want the government to review the current governance and autonomy structures in place, funding allocations, school culture, overcrowding and unsuitable infrastructure.

The considerations and terms of reference in the Canberra Liberals’ report will form the basis of a motion that will be moved in the Legislative Assembly next week.

Education Minister Yvette Berry has rejected claims that the ACT school system is underperforming, saying that NAPLAN, PISA and TIMSS assessments are all point-in-time data and do not adequately capture whether a child’s education is “fulsome”.

“It is one piece of data that is used in a teacher’s assessment of a child’s learning,” she said.

Ms Berry also rejected assertions that there were problems with the government’s rollout of its 2018 Future of Education Strategy and the implementation of inquiry-based learning at Margaret Hendry School.

“Teachers use a range of different pedagogy to deliver the Australian curriculum in all our schools across the ACT,” she said.

“That includes … explicit instruction that ensures children get a holistic approach to their education.

“Teachers assess children every day to see where they are going on their education journey and then make adjustments and apply pedagogy in the way they have been trained to deliver that.”

Those of us with long enough memory can remember in 1981 before self-government, how the Liberal Minister for the Capital Territory closed government schools in the ACT because he said that there were too many schools are not enough kids to fill them.

He then announced that a new private school called Radford College would then open and be subsidised by the government. It provided an illuminating glimpse into the priorities of a Liberal government. No to government schools, yes to private schools especially those pitched towards people with lots of money.

It is a novelty to see Liberals taking an interest in health and education, but I suppose the Liberals are so far away from ever forming government in the ACT that they have to try and explore every option they possibly can.

The Education Minister refers to a ‘fulsome’ education. That word might not mean what you think it means.

I can’t help but agree with those who have pointed out that Liberals talking education, when they pump money into independent and private schools is more than a bit rich!

My son went to an early childhood school years ago, funnily enough, one which was run by the current principal of Margaret Hendry school. He absolutely thrives there and got the best start he could.

He then moved in Year 3 to a new school and plummeted like a rock in terms of his education. Moved schools and hasn’t looked Nabokov. He’s now just started high school and again in thriving with the inquiry style learning which has students learning under a lot of their own steam.

The liberals conflate this style with not learning how to read, write or add up. I don’t think anything could be further from the truth. Kids aren’t automatons, they are individuals who will thrive when learning is tailored.

It’s not a model for everyone I admit, so schools do need to be flexible in their approach. But it’s far from broken. Education has to move into the 21st century and I know that many teachers are really trying. It’s liberal governments which try to hold them back.

NAPLAN is a joke and should have been scrapped 10 years ago. It’s a pathetic measure of education and makes things much worse.

Haha..sorry. find it hilarious that Liberals are calling for this. Given their record is pumping money into well off private schools and cutting funds to public ones. Next joke…

The situation in Australian schools is WAY bigger than Gonski. It would take generations and investment to improve. Finland had been the best educational system globally for years and we do not take on any of their practices.

Why not just implement gonski?