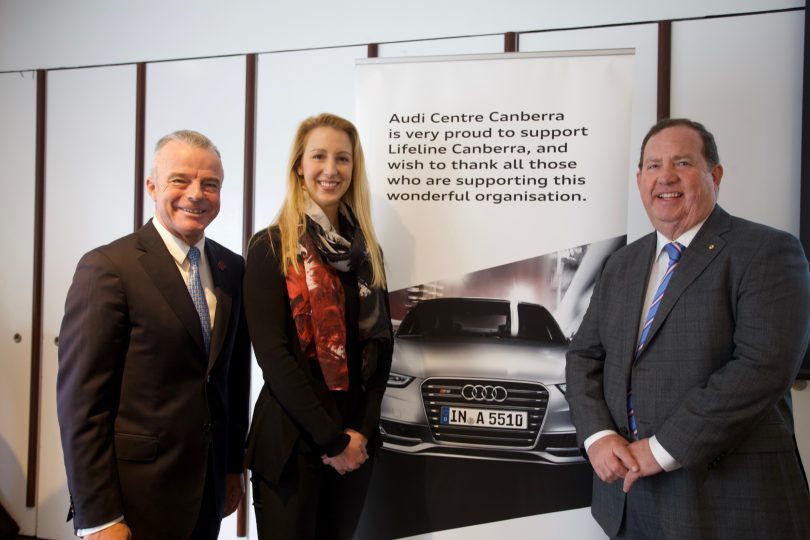 Lifeline Canberra has thanked local bosses for $65,000 in funds raised from their recent Lock up Your Boss campaign.

Lifeline Canberra CEO Carrie Leeson was extremely pleased with the outcome with close to 2000 calls being received and $65,000 raised. 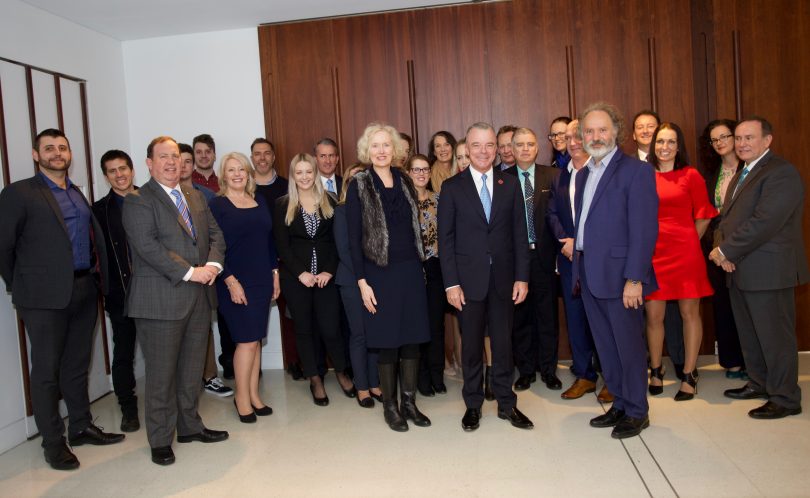 The top 15 fundraising ‘bosses’ for Lifeline Canberra Lock up Your Boss’ event in 2018 at the National Portrait Gallery.

“It is a privilege to say ‘thank you’ to the ‘bosses’ that participated. We are very appreciative to have people step up and take part in this event, and also advise us, support us and mentor us through our initiatives,” Ms Leeson said.

For only the second year, ‘bosses’ were locked in a ‘virtual’ prison, while staff, friends, family and strangers pledged ‘bail’ money to have them released.

“Over 30 ‘bosses’ took part this year. It was a great opportunity to engage with them, have a discussion around mental health and raise some much-needed funds for our organisation,” Ms Leeson explained.

According to Lifeline, we lose one person every week to suicide in Canberra alone. Lifeline Canberra fights to save those in our communities who are battling depression and suicidal thoughts, and offers support to help people change their lives for the better.

But running a free service requires time and money. Each call Lifeline Canberra answers costs the organisation $26. They take around 100 calls per day or 30,000 per year.

Lifeline patron and Director of the Australian War Memorial, Dr Brendan Nelson, acknowledged the efforts of everyone who took part in the Lock up Your Boss campaign, especially the top 15 fundraising ‘bosses’ who were present at the lunch.

“We appreciate the support given by all of the ‘bosses’. The most powerful of all human emotions is hope and that things will be better tomorrow. Lifeline is about giving that hope to people and we thank you for your support,” Dr Nelson said.

Cade Brown, Lifeline Canberra chair and partner at Callida Consulting, thanked the ‘bosses’ and recognised the work of the staff and volunteers.

“In addition to the generosity of all of the ‘bosses’ that took part I would like to recognise and thank the hard work and dedication of our staff of 10 and 690 volunteers,” Mr Brown said.

Lifeline Canberra has also had some great success with increasing the number of people in their recent intake of Crisis Supporters.

“As a result of people seeing the vehicle around Canberra our recent intake for crisis supporters has doubled. We are extremely pleased with this support and result,” Ms Leeson said. 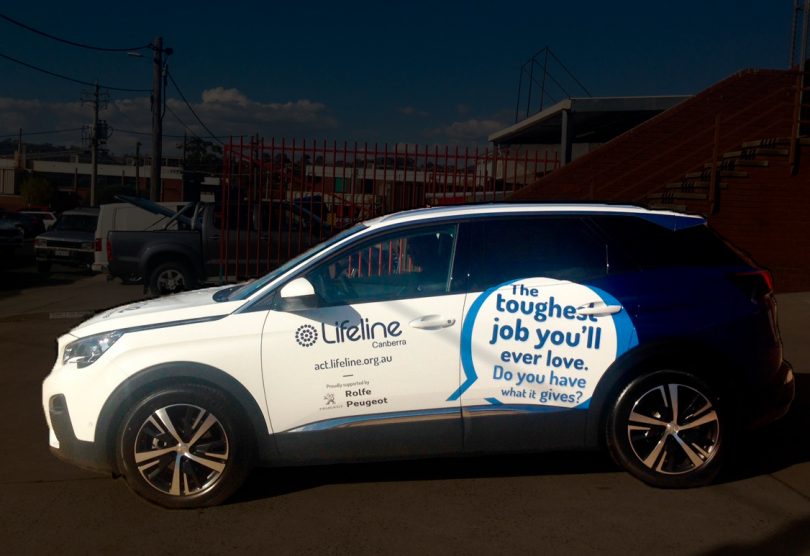 Lifeline patron Dr Nelson said he was involved with Lifeline Canberra because it was all about helping people.

“It is the things that you do in life that are about helping other people that give you the most satisfaction and this is what Lifeline is literally all about,” Dr Nelson said.

Lifeline Canberra Lock up You Boss thank you lunch

If you are thinking about suicide or experiencing a personal crisis help is available. No one needs to face their problems alone. Call Lifeline Canberra on 131114.

Sandra Stevenson - 22 minutes ago
Sylvana Whyte Good idea! View
Jennifer Blood - 3 hours ago
Very interesting explanation of how the buildings were constructed and leased, leading to the lack of uniform upkeep we see t... View
Iaian Ross - 4 hours ago
"To have time out, she would walk to Manuka Pool for a swim and walk back in time to be ready to cook the first breakfasts of... View
Lifestyle 8

Sarah Jane - 43 minutes ago
Shannon a day trip? View
Maya123 - 4 hours ago
Some gorgeous things there, but there are only so many cushions, vases, etc, you can have, before it becomes clutter. View
Rowan Bergin - 5 hours ago
I went back there last Wednesday and bought a ring for my daughter s birthday View
News 24