Like the dance of the seven veils, the Centenary starts to show off the goodies 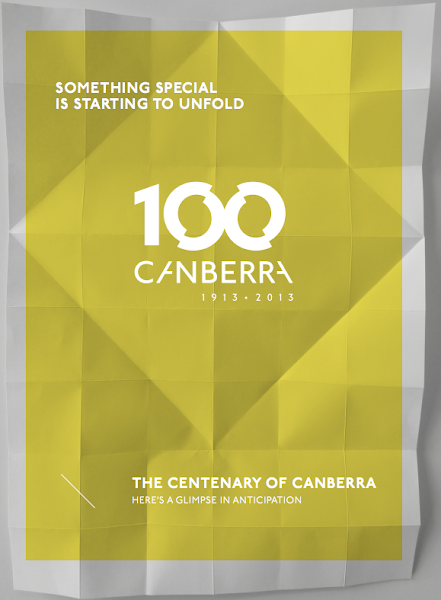 Canberra100 has announced the start of their big reveal for events in Canberra’s centenary year kicking off in 9 months.

2013 is a special celebration not only for Canberrans but for all Australians.

A special glimpse was launched on 12 March 2012 for Canberra’s 99th birthday.

The planned year-long program will include new and exciting projects, but equally it will showcase the very best of what goes on in Canberra each year.

2013 offers a one in a hundred year opportunity for myth-busting, revealing Canberra’s very full calendar of events and demonstrating what a lively active twenty-first century city Canberra is.

They tell us that due to partnership agreements (and possibly a sense of drama) there’s still a lot to come.

There’s a dirty big pdf to get you started.

One Response to Like the dance of the seven veils, the Centenary starts to show off the goodies
Filter
Showing only Website comments

Desperate, boring, and completely unengaging except perhaps for a highbrow minority. Can’t we do better than this? Exactly what you would expect from who they’ve put in charge of it. And in the meantime, Melbourne gets the ex-Canberra Birdman Rally.

Buck Johno - 48 minutes ago
From what I remember of night rider busses it was only over summer. View
PE TE - 9 hours ago
Sean Bishop but the Uber rapes have increased View
Kim Rumble-Kozjak - 20 hours ago
Jacqleequack it was all good fun until the two hour wait in the cab line, in stilettos, without a jacket in -2 🥶❄️ View
Property 28

Daniel Lesky - 7 hours ago
Jason Malcolm could be worse not like she needs to go to charnwood View
Lisa LaMaitre - 10 hours ago
No-one pays attention to crime in Canberra until it impacts them! We closed a Gungahlin based business over 10 years ago afte... View
Food & Wine 25

Lihuan Panda - 7 hours ago
from the conversations and interviews, I think some players chose not to turn up for the briefings and missed out on informat... View
Hugo Walker - 10 hours ago
Penny Ford But isn’t he rich, famous and self-entitled? Surely that should persuade the authorities to cave in to his tantr... View
Pia Kivela - 13 hours ago
Personally we are in a pandemic so we should not be having this tournament View
News 5

Colleen Alchin - 19 hours ago
This situation is appalling! Forty minutes from the national capital and you need to buy bottled water to drink and wash clot... View
Tegan Gilchrist - 1 day ago
Amy LD and the clothes!!! Swapped out all out white sheets for greys. Blazer ruined. I now fill up bottles of water from my p... View
Community 1

Lifeline Canberra - 19 hours ago
We love Sarge! Thank you for continuing to support the vital work we do in the Canberra community. Bring on Jan 30! View
show more show less
*Results are based on activity within last 7 days