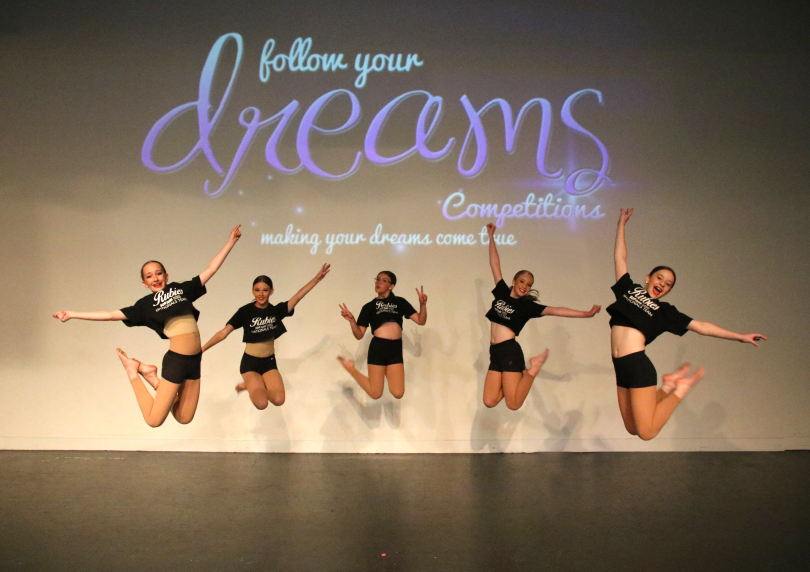 An enthusiastic group of young dancers has proved that distance is no obstacle to success. When they were denied access to the national titles in South Australia they still managed to win two national championships after performing their routines via Zoom.

Despite there being no travel restrictions on Canberrans entering South Australia, the five young dancers, just one kilometre over the ACT border in Jerrabomberra, were blocked from attending their national dance championship in Adelaide last week.

The five dancers from Bom Funk Dance Studio all live in Jerrabomberra, and because South Australia closed its borders to anyone who had been to NSW in the previous 14 days, competing in the Follow Your Dreams national dance championships seemed impossible.

(One desperate dancer even tried to convince Premier Steven Marshall to change his mind with chocolates and more followers on Instagram but to no avail.)

SA border restrictions eased for NSW residents two days before the day of the competition, but the dancers had already cancelled their transport and accommodation and were unable to rebook. But they were extremely grateful for the opportunity to still compete via Zoom.

Competition organiser Kylie Drew was determined to have troupes compete on the last day of the competition and arranged the Zoom option for studios unable to attend in person.

The dancers competed via a live web camera link projected onto the Adelaide stage so the judges could assess their performances in real-time at the competition. 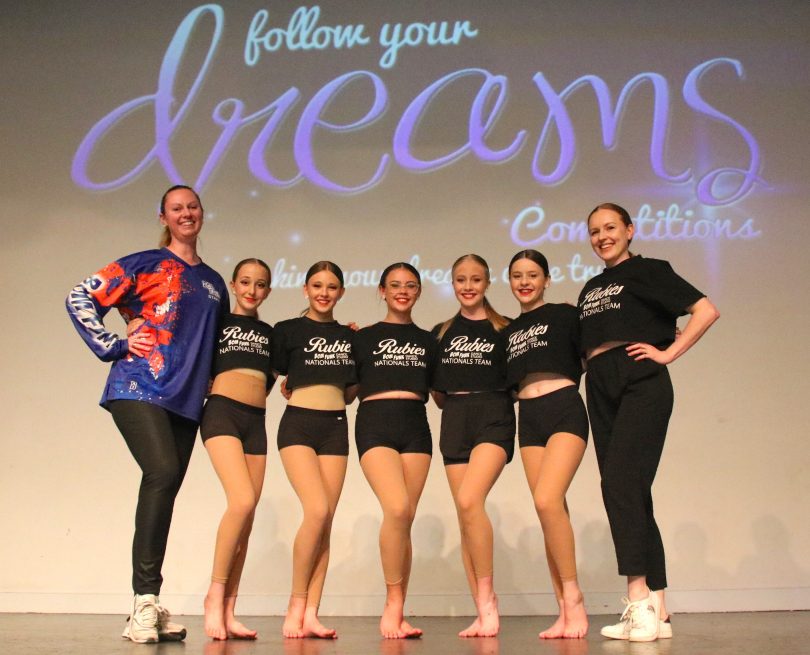 Director of Bom Funk Dance Studio Kym Degenhart said she was completely blown away by their performances, particularly under challenging circumstances.

“The routines they were up against were technically superb, but I believe that our dancers’ artistry and brilliant choreography by Amy Orman was what got them their results, along with their sheer determination and strong work ethic,” she said.

Kym hired the Canberra College of Performing Arts Centre and a professional AV set up through Sidestage Productions Services so that the dancers could compete under similar circumstances as the Adelaide competition.

“I knew that competing online against face-to-face dancers was going to be a challenge and I wanted to make sure they had the best chance of success by arranging a professional set up and space for the day,” she said.

“We had to set the lighting at a level that didn’t wash out their faces via Zoom and connect the sound input directly so that there was no lag.

“It was stressful managing the technical aspects of the day in conjunction with the competition organisers. I was juggling four screens and devices to manage the sound and Zoom while also watching the live stream of the competition on a separate device so that we knew what routine they were up to,” Kym said.

MC of the competition Chantal Flemming, a Canberra region local, messaged updates to the team saying that the judges were in stitches during their musical theatre routine and had tears during their contemporary.

“I take my hat off to you, the girls and your beautiful Bom Funk Dance Family for making this happen for them,” Chantal said via a text message.

The dancers invited close friends, family, and teachers to watch and cheer them on during the competition and 11-year-old soloist Georgie Lynch performed her routines for the small audience while the troupe dancers were changing. Georgie also missed attending the competition due to the border closures, and unfortunately, a Zoom option was not possible for soloists.

Two Bom Funk dancers who were ACT residents were able to travel to Adelaide to compete. Letisha Newell received honourable mentions for three routines, and Sarita Res placed second in her student choreography and received an honourable mention and a star award.