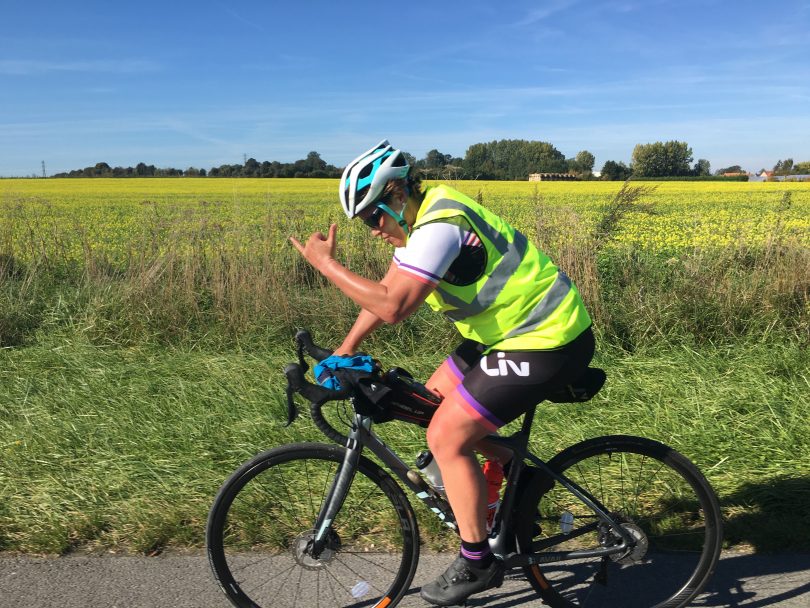 There is no shortage of stories that inspire in this world. You can find them in the most obvious places, in people whose lives have been on public display and whose stories have been transformed into pages of a screenplay.

But, more often than not, you find them in your local community. In a classroom, where a teacher’s accomplishment proves that inspiration is in no short stock in our nation’s capital.

Four weeks ago, Karabar High school teacher Laura Marshall became the first solo Australian woman to complete the Enduroman Arch to Arc – a triathlon from London to Paris which involves a 140km run from the Marble Arch in London to the coast of Dover, a 35km swim across the English Channel and a 300km cycle from Calais to the Arc de Triomphe in Paris. It is the world’s toughest ultra-endurance triathlons, and completing it is an extraordinary feat that is hard to comprehend.

81 hours and 28 minutes after she left the Marble Arch, Marshall crossed the finish line and become the first ever solo Australian woman to finish the triathlon while breaking the world record for fastest woman to do the event with a non-wetsuit swim leg.

Along with those two records, she also became the 35th solo athlete and only the ninth woman to ever complete the event.

People might shake their heads and wonder – why in the world is this woman putting herself through 81-and-a -half hours of torture?

As it turns out, the event meant much more than simply crossing the finish line. By completing the gruelling event, Marshall hoped to inspire others and to show them that the only limits we have are the ones that we set ourselves.

“To give the Arch to Arc more purpose, I did it to raise money for beyondblue, which has been a big part of my life,” she shared. “I have my struggles with depression as do my family so taking part in the event made it more worthwhile.

“More than the records, the thing I am most proud of is the $4,5000 that we have been able to raise for beyondblue that will hopefully make a difference in the lives of people who are affected by anxiety, depression or suicide.” 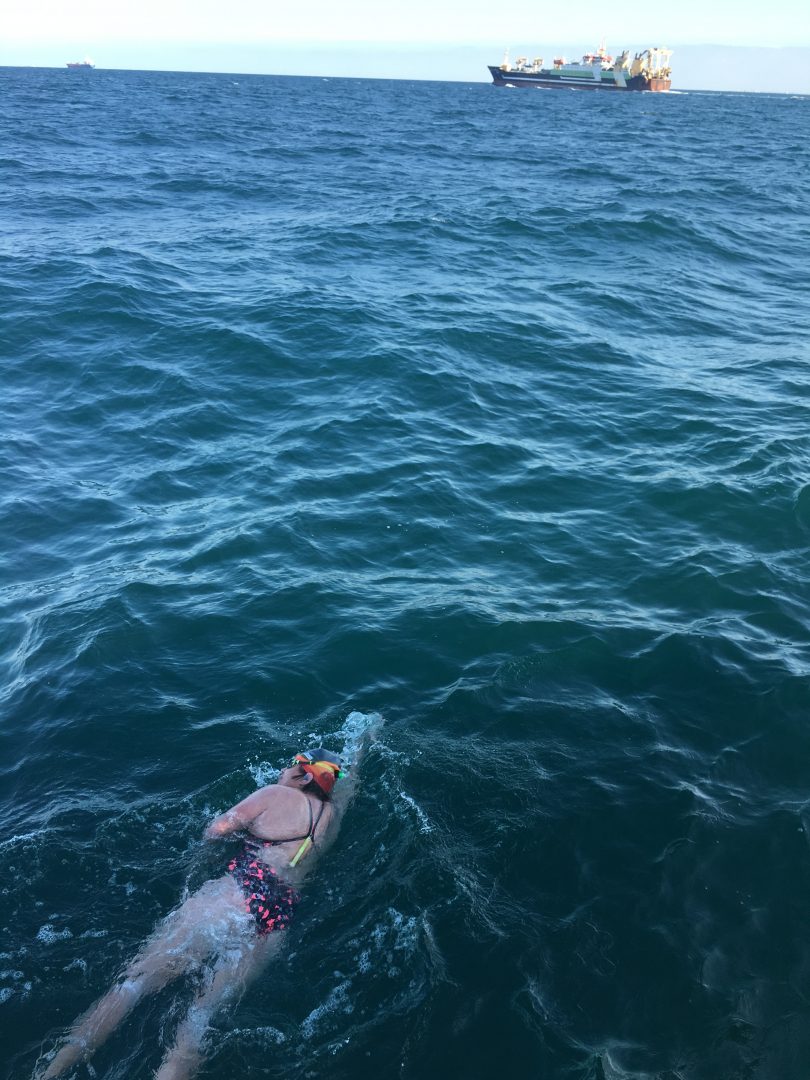 She first heard about the Enduroman when she read about it in a book she was given five years ago and has had her heart set on it since. As one can imagine, the preparation going into a triathlon of that magnitude is draining, with multiple laps swimming across Lake Burley Griffin and running loops around the lake.

There were moments during the event when she felt like giving up, but her purpose behind the 465-kilometre trek spurred her on.

“After the first 10 miles in London, it was around 8 pm at night and I was running alone,” she said. “As I ran past houses, I could see families sitting down for dinner or getting ready to go to bed and I started to question what I was doing. Why was I putting myself through all this pain? But I knew I was doing it for a purpose so that spurred me on.

“There were moments where I was overwhelmed by it, especially in the swim, but I managed to break it down and develop strategies on how to keep going.”

Sport and endurance racing has always been a coping mechanism for the Canberra local, who uses the physical exertion to keep herself balanced and to stop her from falling back into unhealthy thought patterns. She encourages others who struggle to get out of an unhealthy mindset to find their coping mechanism.

“Sport isn’t everyone’s cup of tea, but once you find the thing that works for you, it’s gold,” she said. “Running is something that I really, really love and I am not even that good at it. Sometimes it is a struggle to walk out the door but once I do, even if it is only for 20 minutes, I feel much better about me and I can tackle the day and I can stand in front of a class of kids.”

” Running is something that I really, really love and I am not even that good at it”. Not that good at it? I beg to differ. That is an amazing feat and one very modest competitor. Congratulations.

You are inspirational Laura! #nolimits

Robbie Munday - 14 minutes ago
How are there noise complaints? They literally built it the middle of nowhere. View
Chris May - 5 hours ago
I grew up in Port Pirie in SA Their moto cross track was out of town, about 3kms, in a old quarry. Some bright spark opened a... View
Viviean Laycock - 8 hours ago
I don't think I understand. The track was running vintage cars, which no one seemed to have a problem with, so why is it unwo... View
News 6

Kalo Arepo - 28 minutes ago
Food should never be thrown away -except in very very rare circumstances ! View
Motoring 50

Clare Hyden - 2 hours ago
Mark Rogers ummm 20,000 through the gate each day. View
James Kelly - 8 hours ago
Health minister impressed… bro I got covid there View
Mark Rogers - 9 hours ago
The event organisers clearly stated it was not limited to 20,000 a day. It was 80,000 overall. So some percentage of that was... View
Opinion 375

chewy14 - 7 hours ago
Astro, And I'm commenting on the people who are using the red herring of spending on roads to justify wasteful spending on un... View
chewy14 - 7 hours ago
"Public transport is a perfect example. Except for a few locations in the world of public transport of any type including bus... View
Clinton Berry - 8 hours ago
Nada Krstin so you’re saying you know how to stop rain? View
Breaking 6

local1 - 8 hours ago
The BOM weather app gives me a tsunami warning in Narrabundah... View
News 54