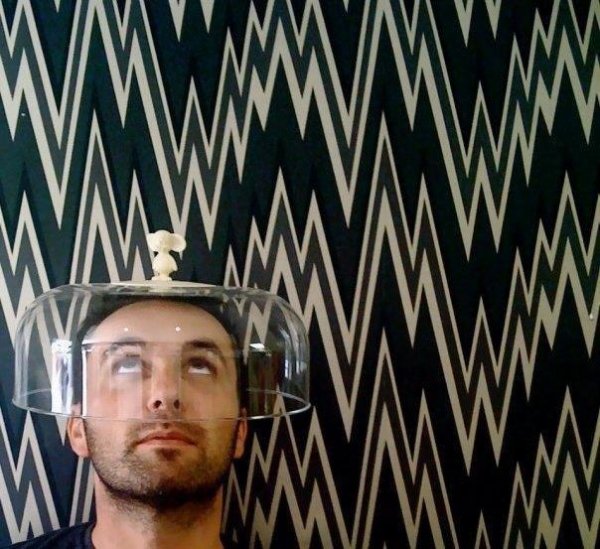 Nik Bulum is credited with transforming Braddon’s Lonsdale Street from a grungy strip filled with car yards and empty buildings into a buzzing city hub.

He is the founder of Lonsdale Street Traders, founder and owner of Unit Concepts and creative director at Bulum Group, which is the property development company behind Braddon developments Ori and Palko.

“When you do what you love, it’s exciting, especially when you get great responses from people on the street and visitors to Canberra. It’s totally different to 10 years ago when people used to say Canberra was boring,” he says.

“Now the same people come to Canberra and say that they love walking down Lonsdale Street and seeing the energy and people doing things differently. It’s raw, it’s fresh and it’s fun.”

But while he loves what Lonsdale Street has become, Nik wasn’t always enamoured by the area. He reluctantly returned to Canberra from Sydney a decade ago and describes the Canberra of the time as “clean and sterile”.

“My Dad [builder Ivan Bulum] had a building on Lonsdale Street and the area was horrible. It was empty, all of the buildings were for lease, and I thought, this is a great strip. It’s close to the city and there’s a beautiful park at the other end. It should have restaurants and galleries and shops,” he says.

Inspired, he and two others opened retail stores on Lonsdale Street and tried unusual tactics to attract shoppers.

“We’d give out free champagne, we bought a bubble machine and let bubbles flow down the street on Saturdays. We’d sit on banana lounges with wigs. We tried everything to be noticed, and the mechanics would look at us like weirdos. But you know what? It worked. That buzz that we created inspired other people like us and it became a little infection and started spreading,” he says.

He hopes that this “infection” continues to spread down Lonsdale Street, past Gus’ Café and into the Sydney Building.

“The last thing we want is a city that’s a big mall.”

Nik’s favourite Braddon restaurants include eightysix, the newly opened Eighty/Twenty and Italian & Sons. Apart from Braddon, Nik is also a fan of New Acton, which he says “was pretty much just dead space and now they’ve made something beautiful”.

If he were chief minister, Nik would prioritise supporting small, local businesses instead of encouraging retail giants like IKEA to take up residence in the capital.

He’d also allow property developers more creative freedom when it comes to building design, give Canberra an international airport and scrap the Capital Metro light rail project in favour of a bullet train running between Canberra, Melbourne and Sydney.

Instead of placing residential developments on Lake Burley Griffin, Nik says he would make the area an international tourist destination with lots of public spaces.

“The lake is kind of like the Central Park of Canberra, so why would we build it up with apartments and block that space out to the public? Why not put in a world-class casino and a theatre, and attract international artists?

“People from the coast and the country are jumping to Sydney or Melbourne. We do that too. We could make Canberra that destination instead,” he says.

Braddon is on the up and up It’s really happening, I love this guys Unit concept store many a Birthday or gift for family and friends bought here. Cute, cheeky and practical.

Helena Geyer - 1 minute ago
Shaz Ray USA, UK, Canada and EU View
Archie Mac - 1 hour ago
So if you don’t have it - are you putting anyone else at risk? View
Judy Robinson - 3 hours ago
What are the side effects??? Medical trials haven’t been 18 months, like other drugs. Give it to the PM first and see what... View
News 17

Margarita Bianchi - 20 minutes ago
Yep if we made it all social housing it would be all crime ?! If we make it all private, it’s just called tax minimisation.... View
Karl Hock - 34 minutes ago
Toni Isaacson if the whole thing was housing it woden would become the new crime alley. As Hamish Lardi said they do intermix... View
Daniel Bryan - 8 hours ago
This, Oaks, A+A, Grand Central, Ivy, and Trilogy definitely bringing more residents into the Woden valley isn't a bad thing.... View
Property 28

Cube Starr - 31 minutes ago
Being from the Southside and not a fan of horse racing, l say fill the area with high rise apartments! View
Elroy Jones - 12 hours ago
Peter Bee there are a lot of places it could go. Majura the most recent I’ve heard. View
Christopher Cuba Rabanal - 12 hours ago
Better lighting around the carpark View
Community 36

Nick Antic - 7 hours ago
Wait..why would you freeze yourself when you die? Shouldn't you do it before you die?? View
Timothy Ingold - 13 hours ago
Michael Dolan what’s wrong with you? View
Ray Pemberton - 13 hours ago
Aidan Pemberton I'm good. View
Food & Wine 4

Josh van Limbeek - 12 hours ago
What a great article! My Mum is a Red Hatter and she has so much fun too ❤❤ View
Jo Jo Joey - 12 hours ago
Barbara Bennett, I love how much enjoyment your ‘red hatters’ gives you’ 🎈💜❤️💜 View
News 17

Theresa Rowan - 14 hours ago
Margaret Smith was in my class at St Clare's a gentle soul RIP. View
show more show less
*Results are based on activity within last 7 days

The evolution of Lonsdale Street Roasters

Discover New York-style penthouse living in the heart of Braddon

Braddon could be your second home

@The_RiotACT @The_RiotACT
Canberra Airport boss Stephen Byron is one of many Canberrans recognised in the Australia Day Honours List https://t.co/nHHrGpMyXc (2 hours ago)

@The_RiotACT @The_RiotACT
Michelle Heyman's stunning return to football began with a simple question on Instagram: “Hands up if I should make a comeback to the W-League?" https://t.co/UNn8rDWuj3 (11 hours ago)