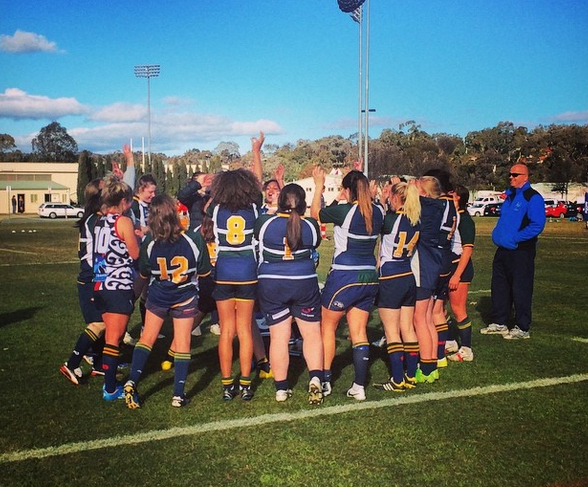 When it comes to women’s rugby, few Canberra teams are as formidable as the Uni-Norths Owls women’s team, which won both the ACT premiership and minor premiership double in 2014.

Uni-Norths Owls president Jason Smith says the club’s women’s team is one of its most successful teams in several years.

“We have quite a few of the girls make ACT and representative teams, year in and year out. Our other focus is our Colts [under 20s] team. We had six of those guys selected in the ACT under 20s side earlier this year, which is a great achievement for the club,” he says. 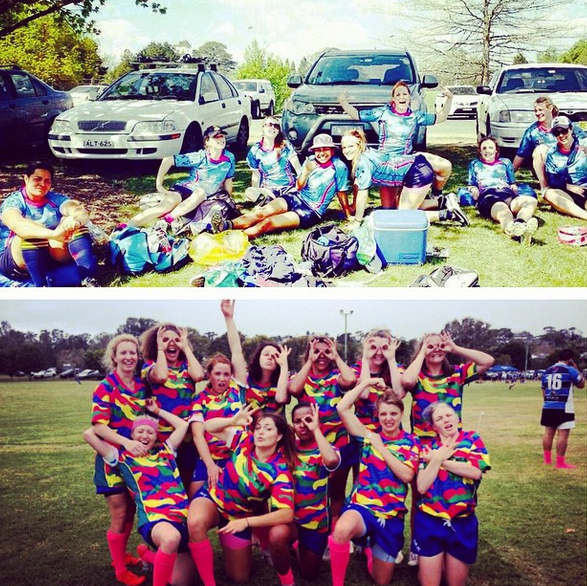 Uni-Norths Owls is one of seven premier rugby clubs in the ACT Premier Division, with four senior men’s teams, an under 20s side, one women’s team and a junior club with teams from under 7s to under 18s.

This is Jason’s second year as Uni-Norths Owls president, but he’s been involved with the club for around 20 years as a player, administrator and coach. He says that Uni-Norths’ long and diverse history is what differentiates the club from others in Canberra. (Uni-Norths was formed as the result of a merger between the ANU and University of Canberra rugby clubs on 1998, with Northern Suburbs joining in 2001.)

“Norths and ANU, which both started in 1938, are two of the oldest rugby clubs in Canberra. There’s a lot of history there,” he says.

“Obviously in modern times we’ve joined with UC and having that large student population gives the club a real vibrancy and keeps some of us older blokes young at heart. We have a great mix of younger students, recent graduates and a strong old boys network.” 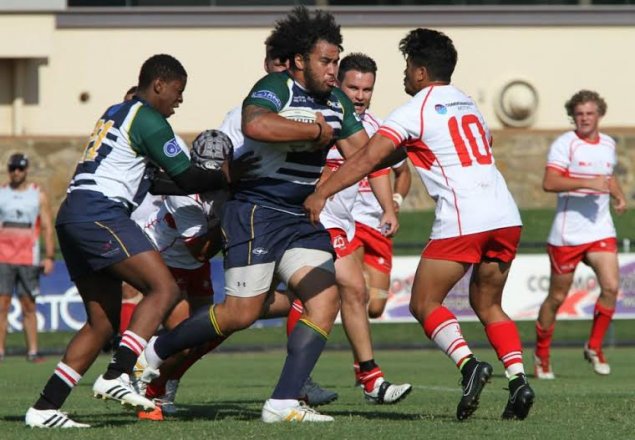 Coach Joe Hedger says that goals for the 2015 season include achieving improved results across all grades while also establishing a standard of performance for new recruits to work towards over the coming months.

“We expect to see a strong, competitive and at times unpredictable competition which will throw up some interesting results and surprises. We also expect to see our very strong women’s side go from strength to strength this season and look to further their credentials as one of the powerhouse sides in the ACT women’s competition,” he says.

Jason adds that he’d like to see the men’s first grade team make finals this season.

“We’ve been on the improvement. Our first grade team is improving every year, so we’d like to make the finals this year. We’re also looking to repeat the women’s grand final win, and we’d like the see the Colts in the grand final and potentially win the premiership. In the other grades, we’re keen to see improved results from last season.” 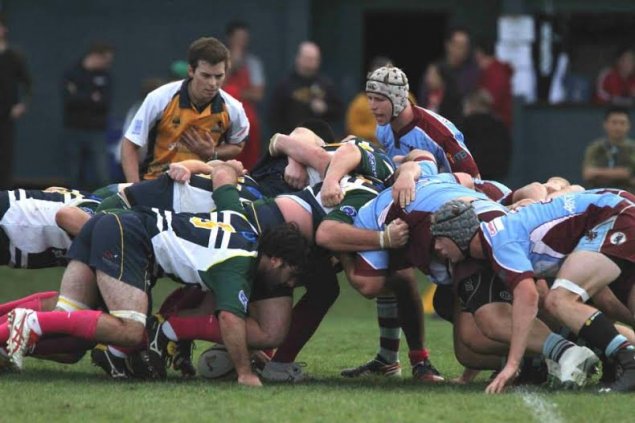 The Owls’ next home game is on Saturday 2 May at ANU’s North Oval.

My wife wants to play rugby this year. When does training start? She doesn’t mind which club, just wants to be competitive and get out there.

John Tozer - 3 minutes ago
Kevin Hingston - Happy to share the windfall profits from price rises too? No? Didn’t think so…! So why do they get to sh... View
Alex Kerr - 59 minutes ago
Jack aye look at that View
Kevin Hingston - 1 hour ago
Shane Jasprizza it’s not just pure greed. The supply side cost has gone through the roof last two years. I’m told the inc... View
Sport 3

Michelle O'Donoghue Sweeny - 41 minutes ago
Nicole Thomas thanks 🙏 heaps didn’t see this ! View
Nicole Thomas - 1 hour ago
Michelle Bailey is in this article along with Zach. 👍 View
News 9

Paul Leins - 48 minutes ago
Typical of the Libs - sideline the elected representatives and put it in the hands of a bureaucrat. Any angle to try and unde... View
Lea Powell - 48 minutes ago
Brian McKenzie indeed but not on teacher conditions. Teaching is a nightmare unto itself in terms of hours of work done vs wh... View
Paul Leins - 52 minutes ago
Like a Liberal government ever increased a workforce? 😂 Federal aps staffing caps are gone and yet departments are still p... View
Breaking 2

Chris Cummins - 3 hours ago
Rob Calvert priorities vs funding. Complain to government. You complain of poor service - I gave you Ann important example of... View
Rob Calvert - 3 hours ago
Chris Cummins What's that got to do with the failure of the the police to respond to burglary, minor assaults, their failure... View
News 19

Paul Magarey - 4 hours ago
If they can pay tax, they should get to vote. No taxation without representation! View
Capital Retro - 4 hours ago
"Most of the boomers on FB have no clue how the world works." Typical of the contempt we receive from young people these days... View
Geoff Roberts - 5 hours ago
Just an overt ploy to ensure the Greenies increase their vote and power. Absolutely NOT. View
News 36

I have a friend who is perpetually single. She lives overseas, and we catch up almost daily via voice notes...
*Results are based on activity within last 7 days

@the_riotact @The_RiotACT
Meet (or should that be meat?) Jamie Sangster of online meat #delivery and #education platform, Meating You https://t.co/CPNnnh7bUb (35 minutes ago)