5 May 2021 | Dominic Giannini
Start the conversation

Sexual assault survivors being unable to access support in a timely manner when reaching out, and low prosecution rates after court processes which can re-traumatise victims, have been identified as major barriers to justice.

ACT Victims of Crime Commissioner Heidi Yates said despite a 50 per cent increase in police complaints relating to sexual assault in the Territory, only four per cent proceeded to prosecution in the five years to 2019.

While reform is needed to make people feel safe when making formal complaints, police also need to be adequately resourced to investigate all matters and pass the evidence on to the Director of Public Prosecutions, said Ms Yates.

“We still have so far to go in terms of making that process accessible and just for witnesses in sexual assault matters,” she said.

One woman, who spoke to Region Media on the condition of anonymity about her experience regarding sexual assault and ‘stealthing’ – where a condom is removed without consent – said her experience with the justice system meant she would not go through court for anything less than rape.

The woman was a witness in an alleged assault against her former housemate and was accused on the stand of flirting with the man who punched her housemate, and was criticised for what she wore.

“They had the assault on camera and lots of witnesses saying they had seen this guy punch my friend,” she said.

“I was put on the stand, and his lawyers said I kissed this guy, led him on, and that basically I was also having sex with my roommate and he got defensive.

“I was told I was too drunk to remember my version of the events, that my skirt was too short, and that I wanted the attention in front of a whole courtroom full of people.”

Ms Yates said that while new mechanisms have been put in place to help victims/survivors testify and go through court processes, more needed to be done in the area.

“Undoubtedly, the additional trauma of giving evidence in our criminal justice system operates as a barrier to people choosing to come forward and talk about what has happened to them,” she said. 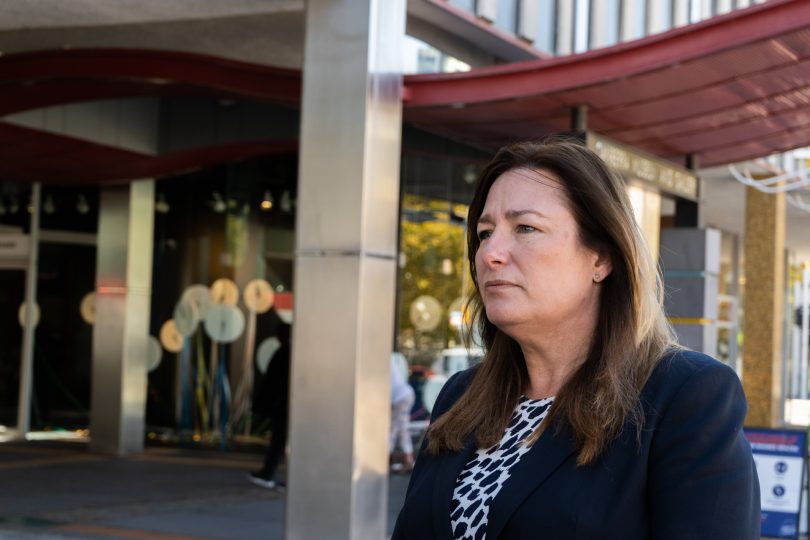 ACT Minister for Women Yvette Berry said while legislative reform is being considered, it is “one part of this story”.

She said gaps in the support system are already becoming apparent following a roundtable of all responsible ministers, all political parties, relevant directors-general of ACT Directorates, the Chief of Police and advocate groups.

Preliminary findings from a Women’s Centre for Health Matters survey, which is exploring experiences of sexual assault in the ACT, were presented at the roundtable and showed women are not immediately seeking a justice response.

Many women were scared they would be labelled or would not be believed or feel heard when they came forward, and long waitlists for support services when they did come forward is a significant deterrence that needs to be addressed, said Ms Berry.

“What we are hearing from the sector is it is not as easy as law reform,” she said. “Sexual assault and violence is complicated and it needs a very considered response.

“This needs an evidence-based approach that reflects the lived experience to understand that the nature of sexual assault has changed over time, and what supports are currently in place across the system to support victim/survivors to prevent and respond to this serious issue.”

Three working groups to focus on sexual assault prevention, response and law reform will be established following the roundtable.

Dates for when the working groups will meet are yet to be set.

If this story has brought up any issues, you can call the 24-hour national sexual assault, family and domestic violence counselling line on 1800 RESPECT (1800 737 732).

You can contact the Canberra Rape Crisis Centre’s support line on 02 6247 2525 between 7:00 am and 11:00 pm for all counselling-related enquiries, including all appointments and referrals.