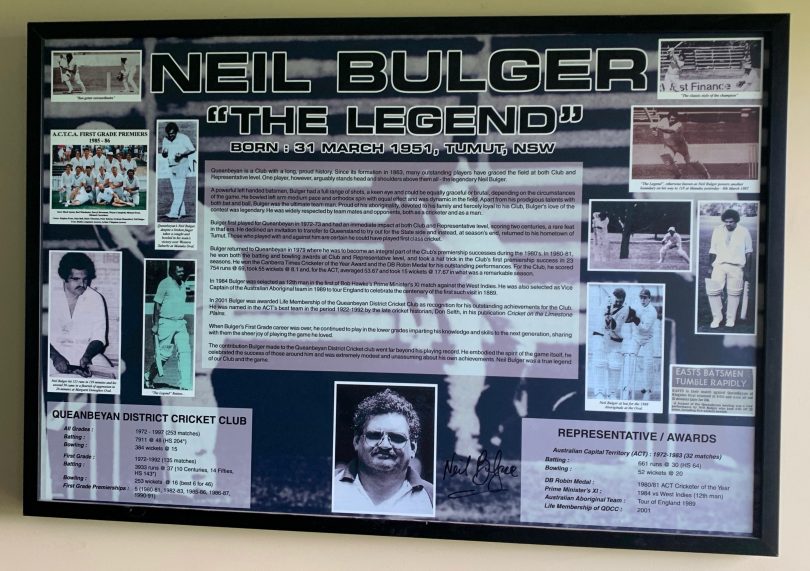 Peter Solway has no doubt Neil Bulger had the talent to play for Australia had he taken up the opportunity to play for Queensland in the late 1970s.

Instead, Neil focused his attention on leading Queanbeyan to multiple ACT Cricket titles and establishing himself as the region’s premier all-rounder.

A left-handed batter and left-arm medium-pace bowler, Bulger’s record speaks for itself. He was named the ACT First Grade Player of the Year three times, the ACT Representative Player of the Year twice, won the NSW Country Cricketer of the Year, and was appointed vice-captain of the Australian Indigenous team which toured England, one of the proudest moments in his 25-year career. 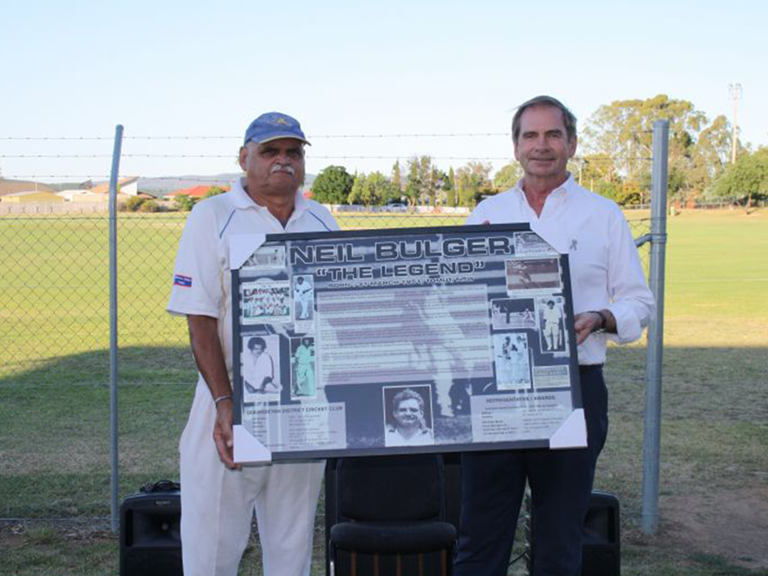 But it was with the Queanbeyan Cricket Club that he made the most significant impression. He was incredibly influential, leading the Club to premiership after premiership.

Hailing from Tumut, he came to Canberra in 1972 to play rugby league but ended up playing cricket for Queanbeyan. He was named ACT Player of the Year in 1972, as well as making his debut for the ACT in the same season. In the wake of his performance for the ACT, he was approached by Queensland but returned to Tumut to play rugby league.

In 1978, Neil again returned to Queanbeyan. In the 1978-79 season, he won the ACT First Grade Player of the Year for a second time.

Peter Solway, himself regarded as one of the region’s luminary players, says Bulger was up there alongside Australian squad member, Mark Higgs, as the greatest players to play for Queanbeyan.

“When I made my first-grade debut at 16 years of age, Neil was incredibly supportive,” remembers Peter. “He could do anything with bat or ball. He was a great competitor and played the game in great spirit. I can’t speak highly enough of him as a person and for his impact on our club.”

Peter Solway says he has no doubt Neil Bulger could have gone all the way in Australian cricket had he taken up the opportunity to play with the Queensland State team.

“He would have played state cricket no doubt. He was good enough to play Shield cricket and who knows how far he could have gone.”

As a testament to his impact on Queanbeyan cricket, an oval was named in his honour in Queanbeyan in 2015.

He was a member of the Queanbeyan side for 25 seasons, scoring 7911 runs and taking 384 wickets while also being a part of five premierships.

His passing at the age of 70 years has provided the opportunity to reflect on an incredible career. His nickname, ‘The Legend’, couldn’t be more apt. 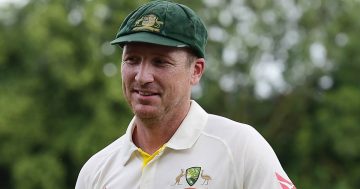 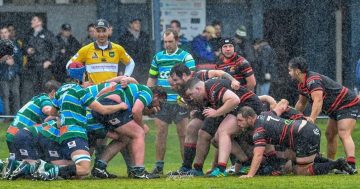