Slobodan Novakovic, 42, is accused of trying to smuggle items into the Alexander Maconochie Centre. Photo: File.

A man allegedly spotted trying to smuggle drugs into Canberra’s jail while already on bail has appeared in court to face fresh charges, during which a magistrate reprimanded him for his interruptions.

Pushed into the ACT Magistrates Court in a wheelchair, Slobodan Novakovic remarked, “wow,” when a charge of making a threat to inflict grievous bodily harm was read out to him on Monday (31 October).

“He’s lying,” the 42-year-old said of the complainant in the charge.

“It’s so frustrating when you continue to interrupt me,” Magistrate Robert Cook snapped back.

Previously, ACT Policing said officers saw a person wearing black pants and a black hoodie pulled over their head walking across the grounds of the Alexander Maconochie Centre (AMC) at about 11:15 pm on Sunday night (30 October).

When the person spotted police, they allegedly ran towards the Monaro Highway, but were arrested after a short pursuit on foot.

In court, Mr Novakovic was alleged to have tried to take a 24 cm chisel and orange strips suspected to be buprenorphine into the AMC.

He was handed charges of trafficking buprenorphine, trying to take buprenorphine and a chisel into the AMC, possessing an offensive weapon, making a threat to inflict grievous bodily harm and trespassing on government premises.

He had spoken up again when one of the above-mentioned charges – attempting to take an offensive weapon, being a chisel, into the AMC – was read out.

“No, I don’t understand that charge,” he said.

“It’s not an offensive weapon.”

“I’m not making it up. That’s what the Act says,” Magistrate Cook replied.

Mr Novakovic didn’t apply for bail or enter pleas and was remanded in custody to 21 November.

He also appeared in the Supreme Court that afternoon, where Acting Justice Richard Refshauge revoked the bail for the case against him in the higher court and listed that matter for mention in November as well. 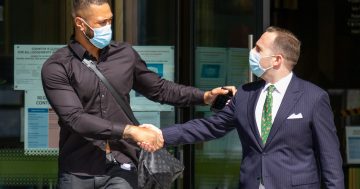 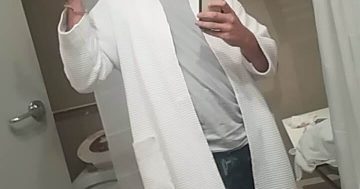