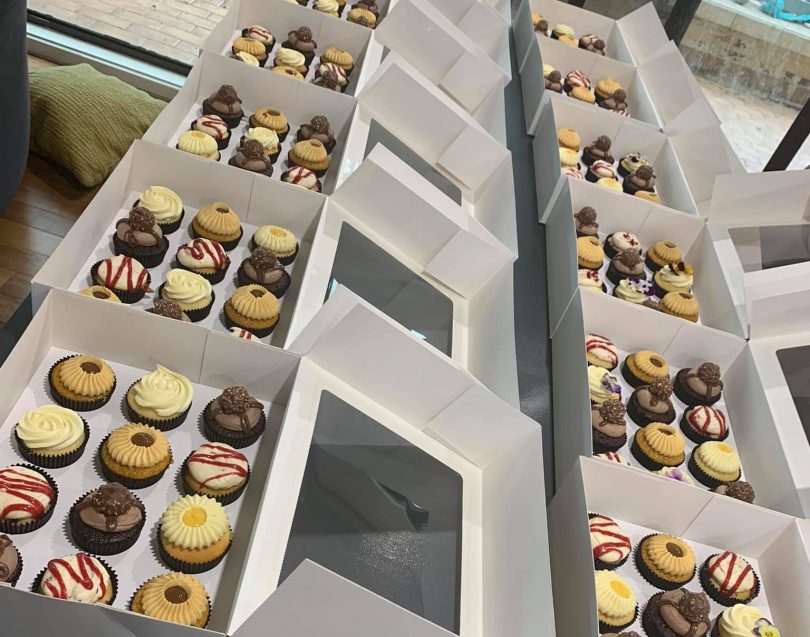 Ashley made over 800 cupcakes to raise funds for those with autism. Photo: Ashley Markovic.

That’s the way. Sit down with a cup of tea and put your feet up. After all, it’s Saturday, and you got up at 10 am and you’ve already cooked breakfast and mowed the lawn.

Except if you’re Ashley Markovic, you don’t.

You get up at 6 am, bake over 800 cupcakes and then sell them to raise money to support people living with autism.

“I woke up and started at 6 am on Saturday and basically baked all through the day until 4 am the next morning. I then slept for two hours before finishing a couple of them off and then did deliveries for about seven to eight hours.”

Ashley is a disability support worker, assisting individuals with “very complex disabilities”, including autism. Her partner’s cousin also lives with autism, and as her whole life “revolves around the disability sector”, she feels compelled to help in any way she can.

All up, she raised $2036 for Autism Spectrum Australia. A box of 12 lovingly decorated cupcakes sold for $50 and six for $30. Over 70 boxes, or more than 800 cupcakes, were paid for online and then delivered to members of the Canberra community. 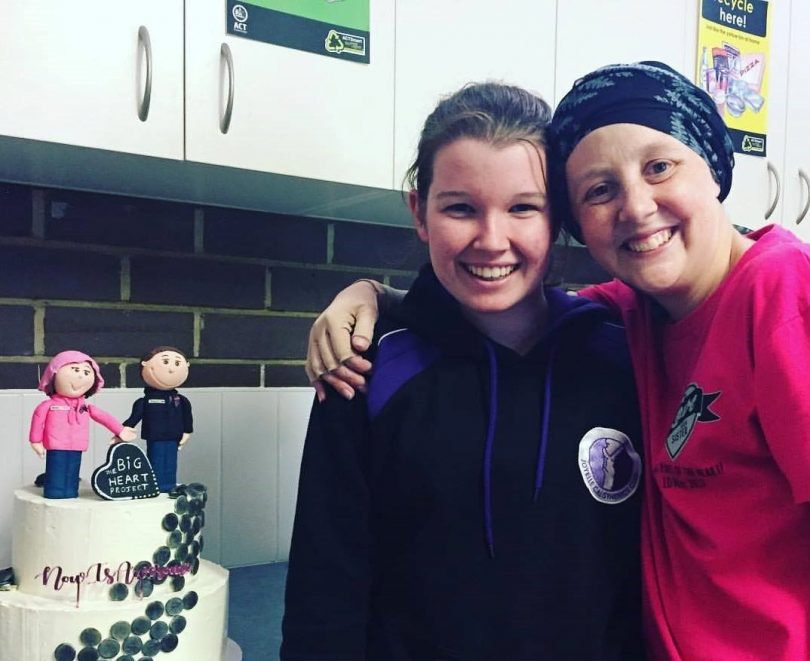 Needless to say, it’s a big investment for Ashley.

“I had to take three days off work to be able to do it,” she says. “Not only the weekend, but I also spent hours shopping beforehand.”

She describes how no single grocery store had the stock to fulfil her click and collect orders.

“I needed 48 bars of white chocolate at one point, so I had to place five different click and collect orders because one store wouldn’t have enough each time.”

For previous fundraisers, Ashley has used her father’s kitchen which is equipped with two ovens. This time, however, it was her own. 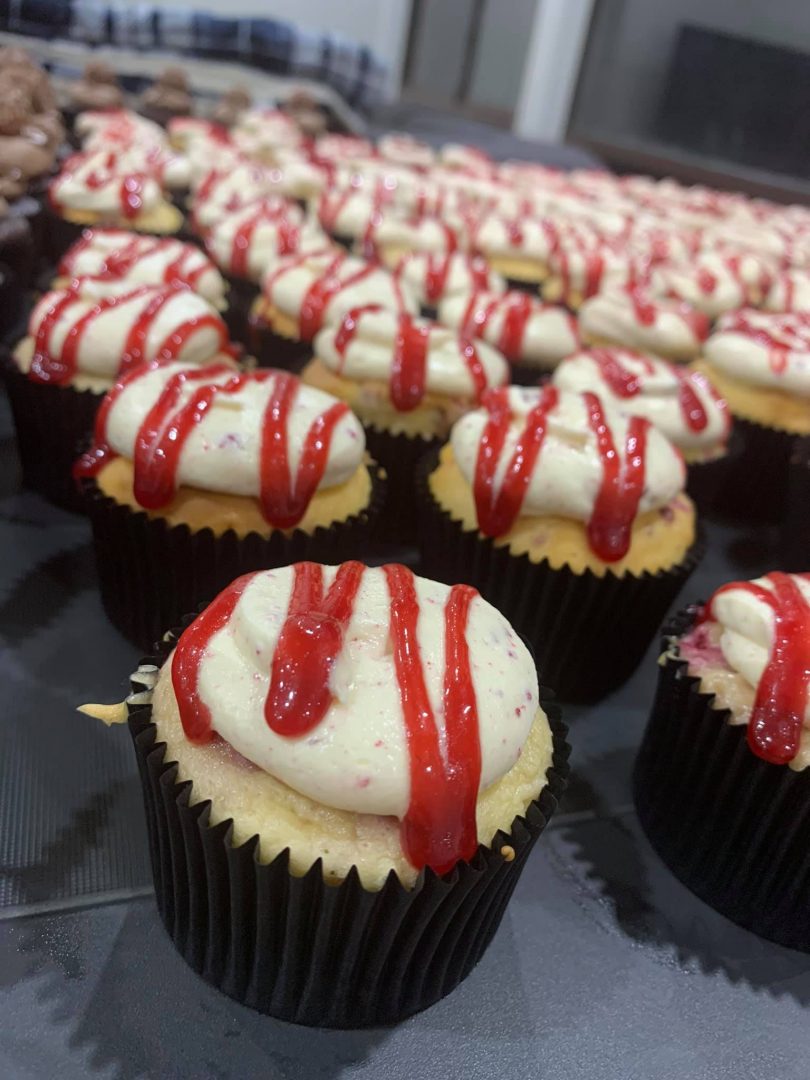 Cupcakes as far as the eye can see, and all baked in one oven with no buttons left on it. Photo: Ashley Markovic.

“We have one oven, which is not the best oven,” Ashley admits. “It was on for 17 hours straight so it had a bit of a beating – I’m honestly surprised it still works. It has no buttons on it anymore.”

Her mixer is now also “making a weird noise”, but by the end of her marathon effort, her table was sprawling with lavish cupcakes. Then it was a quick nap before she and her partner set out to deliver them.

“I had posted them up on my Facebook profile, Facebook Marketplace and the Canberra Notice Board Group, and there was also a fair bit of word of mouth that helped.”

Due to the current COVID-19 situation, she said people paid online rather than in cash and the deliveries were done in a drop-on-the-doorstep fashion. Several orders were repeat customers from her previous fundraisers.

“In the past couple of years, I helped raise money for a young man and his assistance dog, for Buy a Bale during that hot and dry summer drought, and for the World’s Greatest Shave. So I’ve always had the same sort of mission, just not quite as big as this one. A couple of people recognised me from these and jumped on board pretty quick.” 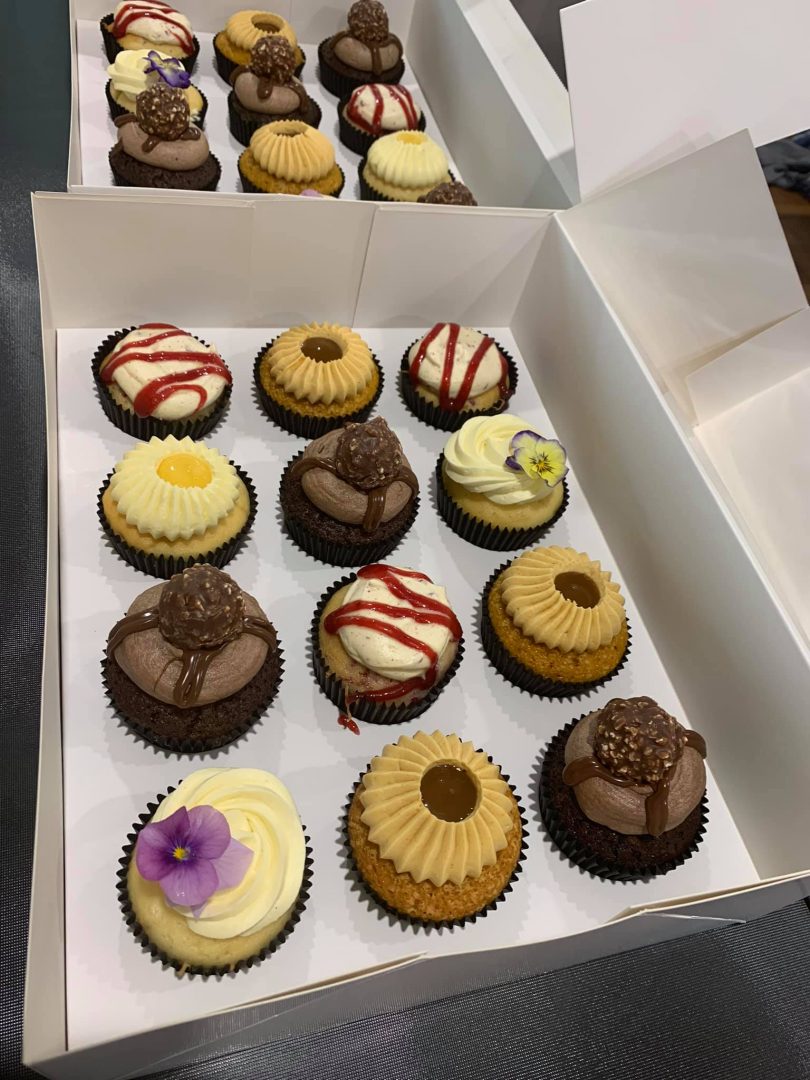 Ashley says plans are already in place for her next effort, Autism Spectrum Australia’s ‘Run for Autism’ later this year.

“A few close friends and I are participating this year by running 42.2 km between 31 October and 7 November. Our training is well underway.”

In a further effort to raise money, Ashley will return to the kitchen to cook more cupcakes. She’s currently accepting orders on Facebook.

“Individuals with cerebral palsy receive support from the Cerebral Palsy Alliance, and so on,” she says. “These support networks are all not-for-profit, they’re all run by donations, and this is what I can do to help support our community. It’s trying to give what I can.”

Super impressed, Ashley, with the effort and fund you raised! Will keep an eye out for the next fundraiser. Kind regards, Paul (know your mum from school)

Ashley is a truly amazing girl. Not only does she make meticulous looking and delicious to eat cupcakes (damn, she could open a store!) but she is also the most thoughtful, caring and wonderful carer (and friend) for our daughter Saskia. She’s a keeper. Keep being awesome Ash!

Ashley you are doing a great job

Your amazing Ashley Markovic The cupcakes were delicious xo