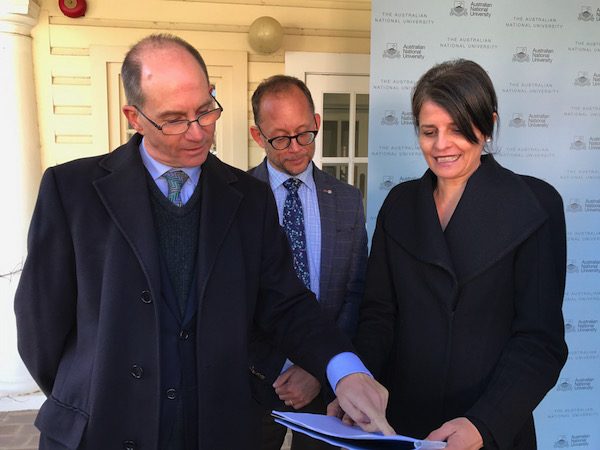 The final stage of an ANU study into the health impacts of living with loose-fill asbestos insulation has found that the rate of mesothelioma in men who have lived in Mr Fluffy homes is two and a half times higher compared to men who have not lived in affected residences.

The report, commissioned by the ACT Government in 2015, found no mesothelioma cases among women, but did find elevated rates of colorectal cancer in both men (32 per cent higher) and women (73 per cent higher) who had lived at a Mr Fluffy house. These were higher than expected but could be related to unavoidable limitations in the study’s design rather than a direct connection to Mr Fluffy, researchers said.

The ACT’s Chief Health Officer, Dr Paul Kelly, has recommended that Canberrans who are concerned for their physical or mental health as a result of learning of the findings see their general practitioner. He has today written to all ACT GPs to alert them to the ANU’s report’s contents. 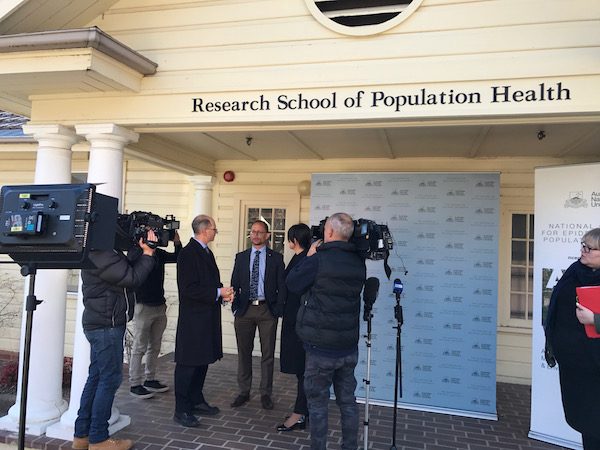 Study leader Dr Rosemary Korda noted that the report, which was based on data linkage, found the risk of contracting mesothelioma was low, but living in a Mr Fluffy house was associated with an increased risk for men.

“We found that the rate of mesothelioma in men living in Mr Fluffy homes was two and a half times higher than in men not living in these houses,” she said.

Catch up on our live coverage of the press conference at the ANU National Centre for Epidemiology and Population Health (NCEPH) this morning:

The study’s Chief Investigator, Associate Professor Martyn Kirk, said the higher rates of mesothelioma among men who lived in Mr Fluffy homes could be due to men doing more of the repairs or renovations.

“It may be that men were more often entering the roof space of their house, where there was loose-fill asbestos, or making renovations to their house,” he said.

However, Associate Professor Kirk said higher rates of colorectal and prostate cancer might not be due to asbestos exposure.

“These results were somewhat unexpected and may be due to unavoidable limitations in the design of the study, rather than exposure to loose-fill asbestos insulation,” he said.

The findings are part of the fourth and final report of its ACT Asbestos Health Study into the health impacts of having lived in a house with loose-fill asbestos.

It covered the period from November 1983 to December 2013 and found around 17,000 people had lived in a Mr Fluffy house in Canberra, representing 1.7 per cent of the population.

In total, 285 current and former residents of the ACT were diagnosed with mesothelioma over the study period. Only seven of these residents had lived in a Mr Fluffy house before their mesothelioma was diagnosed.

Four more cases of mesothelioma than expected occurred in men who had lived in a Mr Fluffy house.

The association between living in a Mr Fluffy house and mesothelioma was much weaker than that seen in studies where people were exposed to asbestos through their work.

Dr Korda noted that the delay between exposure to asbestos and the onset of mesothelioma can be of between 10 and 50 years.

Co-researcher Emeritus Professor Bruce Armstrong from the University of Sydney said it would be useful to extend the study to include more years of data, and to possibly extend it to other Australian jurisdictions.

“Using Medicare data to identify people who had ever lived in specific houses in the ACT was novel and provides an excellent new way of doing research into the effects of people’s residential environment on their health,” he said.

In 2015, the ACT Government commissioned the ANU National Centre for Epidemiology and Population Health to undertake a two-year study to improve understanding of the health risks of Mr Fluffy loose-fill asbestos insulation.

The study can be found here.

A series of frequenty asked questions can be found here.