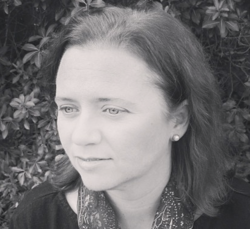 Charlotte is Consulting Editor to the RiotACT team. She was Editor from September 2015 till March 2017 and Editor-at-Large from March 2017 till July 2017, when she took up an editing position in the Federal public service.

Charlotte was born in Canberra and went to school and uni here while working as a waitress, notetaker for disabled students, ad sales rep and campus reporter for ANU student paper Woroni and intern to Bronwyn Bishop back when Bronwyn was considered a potential PM. That was a long time ago, and Charlotte's political views have changed many times over since, much as Bronwyn's political fortunes have, really.

One thing Charlotte hasn't changed her mind about is Canberra. She left for a decade but always knew she'd be back so her kids could ride their bikes around the lake, play backyard cricket and splash around at Manuka Pool growing up.

Charlotte began her journalism career as technology writer and went on to become a (shared) Walkley Award-winning web producer (for her contribution to The Sydney Morning Herald’s online coverage of the 2000 Olympics), literary editor of The South China Morning Post in Hong Kong and later publisher of Management Today magazine. At The Canberra Times, she was variously chief sub-editor, features, online editor, and editor of firstly the Saturday news features section and then the Sunday magazine.

In 2012, she founded digital first book publishing business Editia, for which she won a Walkley Grant for Innovation in Journalism in 2015.

Charlotte holds a Postgraduate Diploma in Editing and Publishing from Macquarie University. Her own book, Weird Wild Web, was published in 1999.

How the public sector fares in the Budget

Only one real option for City to Woden light rail route

Pure Zen pod bath like floating on a cloud

Virgin to fly CBR-Perth in sitting weeks from August

Don’t be an April Fool; do turn your clocks back

Zorica Burns - 5 minutes ago
You are all legends, God bless. View
Margaret Tuckwell - 12 hours ago
It was a great initiative set up by lovely country folk. View
News 18

Shannon Crocker - 8 minutes ago
How is comparing bikie violence to 'all crime' useful. How about comparing bikie crime now to 5 or 10 years ago? View
Julian Hayes - 11 hours ago
Canberra has never been serious on crime look at the jail its a methadone clinic and holiday home. View
Grant Binoya Pt II - 12 hours ago
Professor Terry Goldsworthy is a known leftie civil libertarian in Queensland. He opposes anything that remotely suggests giv... View
Opinion 28

Ashley Wright - 3 hours ago
Randy Goldberg satnavs and maps get their information from monitoring mobile phones on roads, it then uses that data to deter... View
Ashley Wright - 3 hours ago
Michael Roy so how do you fix it then? Where do you bulldoze to put in these alternative routes? View
HiddenDragon - 14 hours ago
"Not surprising really in a growing city, and minor when compared with daily traffic jams experienced in Sydney or Melbourne.... View
Property 1

Ashley Wright - 3 hours ago
Sharvi Tinnlonga QBN people can agitate all they like, but I am sure the NSW government isn’t going to provide one cent for... View
Ashley Wright - 3 hours ago
Alan Dalling where have you seen plans to say the T2 lanes will disappear? Everything I’ve seen shows it using the median s... View
JC - 3 hours ago
Stage 1 cost is very much in public record. And buses may well be able to do more except one thing. Carry a shed load of peop... View
Community 2

Mathew Ryan - 12 hours ago
Yep, what's he scared of, the truth? View
Jim Hosie - 13 hours ago
Robyn Holder really? So why won’t Victoria release it’s fuel load management plans? Don’t stress so much Robyn, all wil... View
Robyn Holder - 13 hours ago
Jim Hosie it had been said again and again and again during the fires by people who know: IT WAS NOTHING TO DO WITH LACK OF H... View
Opinion 2

bd84 - 13 hours ago
It’s not the system that sets children on the path of lifelong disadvantage, trauma and instability it’s the drop kick pa... View
Lifestyle 7

Rebecca Mary - 14 hours ago
Crez Jamee oh I want to watch a midsummers nights dream but I don't know if we will get there in time :( View
show more show less
*Results are based on activity within last 7 days

UPDATED: The Bureau of Meteorology (BOM) has forecast possible large hail and severe thunderstorms across the ACT and southern region...
News 156

As the ACT Government prepares for Stage 2 of light rail, fasten your seatbelts because it promises to be a...
News 27

It’s not easy to strike the balance between special occasion restaurant and beloved local eatery but under the guidance of...
News 33

Six new fire and smoke detection cameras that can identify threats behind hills and in forests will be rolled out...
News 17

@The_RiotACT @The_RiotACT
Keen to downsize, or seeking a great holiday location to retreat to? Look no further than this neat cottage in #Adaminaby https://t.co/hGp8jSTMr1 (2 hours ago)

@The_RiotACT @The_RiotACT
Under police escort from #Bungendore to #Canberra, a humble fridge received a hero’s welcome when it arrived at @nma today https://t.co/BojPcIj9kU (12 hours ago)