Defence and security mentoring event proves a hit with women 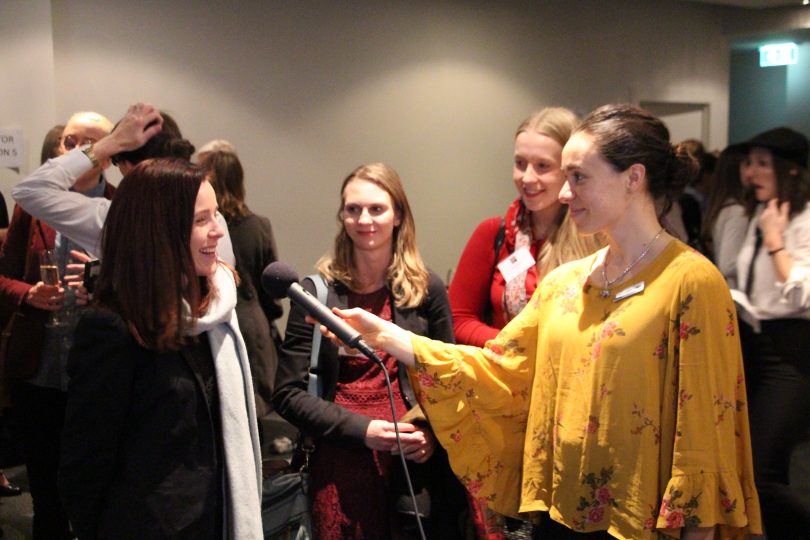 I had no idea that mentoring was in such hot demand for young professionals and high school students in Canberra until I was invited to take part in a speed mentoring event.

Now I know I was out of touch with modern trends.

Their event, a ‘speed mentoring’ session with senior professionals in the defence and security sector was booked out within 24 hours, and moved to a bigger venue on the night, with nearly 300 people attending.

If only political and community organisations could garner such an audience!

The WDSN is a forum affiliated with the Australian Strategic Policy Institute (ASPI) and supports the careers of women in the defence and security industry. 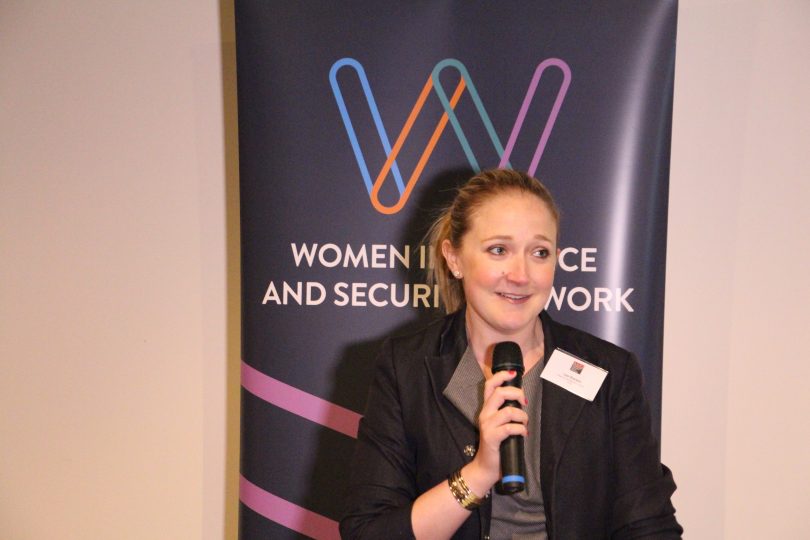 The event was organised by Madeleine Nyst, Communications and Events officer at ASPI.

“Within about 24 hours of the event going live, we had sold out of tickets. This is incredibly rare for an ASPI event, and even more so for an ASPI WDSN one,” Ms Nyst said.

“I was getting inundated with calls and emails from people wanting to be placed on the waitlist and when that hit around the 30 mark, we started discussing alternative venue options.”

The decision was taken to move the function from the ASPI office to the major city venue of QT Canberra because numbers were so large.

Head of the International Program at ASPI and event host Lisa Sharland said women’s under-representation in the defence and security sector often meant there was a strong appetite for events where they could meet and hear from other women.

“An event like this, where individuals rotate and try and meet with others in a semi-structured format, essentially gives mentees a platform to ask some pretty direct and targeted questions of mentors in a short time-frame rather than trying to reach out and set up targeted meetings with individuals, which can be time-consuming and difficult,” she said.

“Everyone in the room knew why they were there, so it took away any awkwardness about asking for career advice,” she said.

As a young professional, Ms Nyst said these events were important to her personally as well.

“Working in the national security and defence industry, I find myself thinking about issues of representation constantly. And I know I am not alone in this,” she said.

“I recently attended a security conference and, despite running for an entire day, heard from just one woman. Working at the Australian Strategic Policy Institute, I can name 10 women right now who could (and should) have been speaking at that conference.

“So, I find myself wondering: why are women being overlooked for such speaking opportunities? How do we create a pipeline of women for the future of this industry? And I’ve come to the conclusion that if there is one thing that women must do to encourage more women to pursue careers in the defence and security field, it’s to mentor them.” 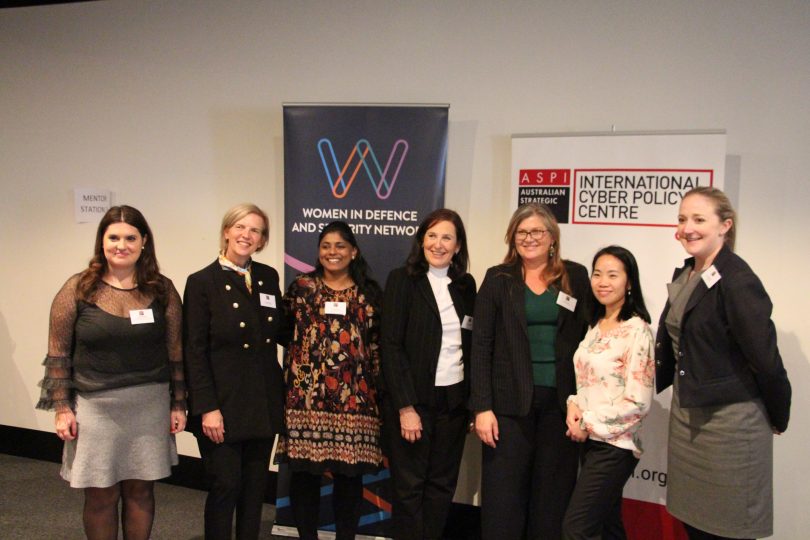 “Hearing from people who have had incredible career success can open up your horizons as to what’s possible and provide a shot of adrenaline to spur you on. If you’re facing challenges, it can also be helpful to know other people are experiencing the same thing and to learn about how they have dealt with the challenge,” he said.

I was a mentor speaking about communications and the media. It was a great night.

Ms Nyst was thrilled with its success.

“What I found particularly wonderful was that a lot of the women who approached me after the event were either just starting out their university careers or where even younger – we had an awesome amount of interest from high school students,” she said.

For next time, Ms Sharland said organisers were aiming higher.

‘We need to do the event again and on a regular basis, not only in Canberra, but in cities around Australia. We’re looking at how we might take this forward,” she said.

Ms Nyst and the team are now actively looking at taking the Women in Defence and Security Network’s speed mentoring event to other Australian cities.

@The_RiotACT @The_RiotACT
With access to industry, research and retail, a new Poplars Innovation Precinct deal is set to open opportunities for @UniCanberra students https://t.co/aRsFLTnv3Q (53 minutes ago)