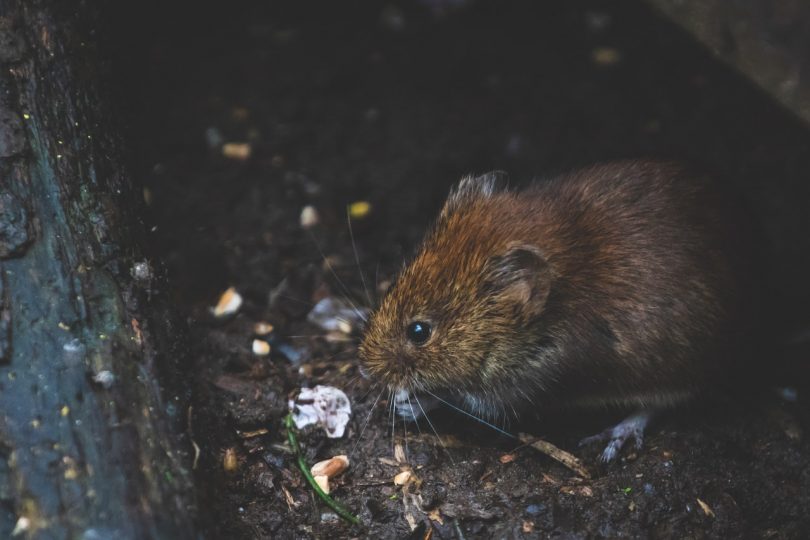 Have you ever sniffed out a mouse in your car? Photo: File.

Following a report of mice activity in one Gungahlin resident’s vehicle, which led to costly repairs and damaged electrics, local mechanics and pest control services say while it is irritating, it is nothing unusual.

It’s the kind of thing mechanics tend to see annually, and generally throughout winter.

Hall Village Motors mechanic Josh Kemp says mice are often a problem in vehicles at this time of year.

“They tend to go in there because it’s warm and comfortable,” he says.

But in terms of this year’s mouse plague arriving in Canberra, Josh says he’s yet to see it materialise.

He explains it’s more of an annual issue for his customers, and this includes people who live in the suburbs as well as those who live in rural areas such as Murrumbateman and Yass.

“Generally, mice cause a drama because they chew through wires and destroy the electrical work in the car, or cause it to short circuit,” says Josh. 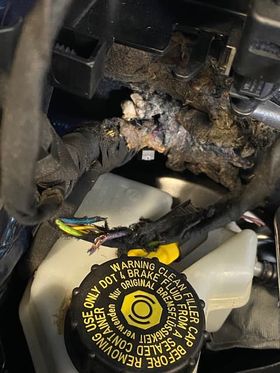 A damaged vehicle after rodents invaded it. Photo: Supplied.

He adds that the kind of damage mice cause can be both costly and irritating for customers.

He agrees with Josh, saying his workshop hasn’t really dealt with an increase in customers coming through with mice issues.

“Normally it’s people who live rurally who find electrical issues with their car where mice have wreaked havoc,” says Kieran.

“Then an auto electrician will have to come along and rewire the problem areas.”

Kieran says he expects a few more issues to arise during winter, but is unsure how many at this stage.

Canberra Pest Control service manager Matt Finlay says that unfortunately by the time rodents have made it into your vehicle, it’s almost too late to do much about them.

He explains it’s very much a case of prevention being better than cure.

“We actually can’t bait in vehicles so the only option is to bait in the garage to try to discourage rodents from going into the car,” says Matt.

Baits can’t be installed in cars due to space restrictions and because mouse baits are toxic to all mammals.

“It means if we put a bait loose in a car and a small child comes across it, it could result in a pretty bad outcome,” he says.

If mice are chewing through wires, Matt says it’s generally because they are really hungry so putting some peanut butter or cheese on traps might work.

“At the very least, this might fill them up a bit so they stop chewing through your car’s wires,” he adds.

While Matt says he hasn’t noticed an increase in calls about mice in cars yet this winter, he does say it’s the kind of thing that increases as the weather worsens and mice seek somewhere warm.

In terms of general mice activity, he doesn’t think there has been much more than a small increase in the ACT, and says it has been hard to distinguish between the paranoia fuelled by reports of the mouse plague on its way and genuine rodent issues.

Furthermore, Matt says often people who live in rural areas react less to mice as they tend to accept them as inevitable, unlike suburban dwellers.

Natural mice traps may still be an option for people dealing with a rodent problem in their vehicles.

How do I prevent this?

Maybe we, as an educated species, could look into WHY the mice are chewing through electrical wires… And create a wire coating that they are repulsed by? For all our testing on the critters to understand their biology in order to kill them/test on them…

Yep, happened twice to me – once in the work carpark – tastes like liquorice 🙄

I hope that doesn’t mean you have tasted it Erica!