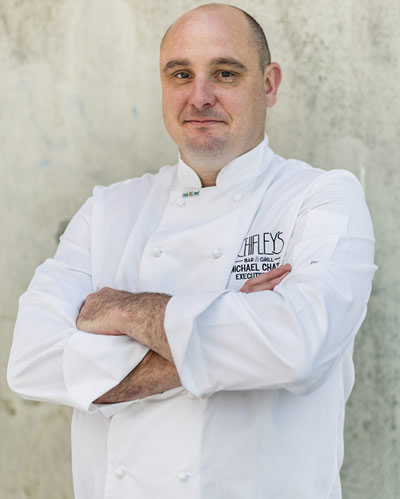 Chifley’s Bar & Grill, a new steakhouse and bar within the historic Hotel Kurrajong Canberra located in Barton, ACT, will open its doors on Tuesday 16 December 2014, with Michael Chatto leading the kitchen.

Chifley’s is named after the sixteenth Prime Minister of Australia, Ben Chifley. According to the hotel’s historical records, Mr Chifley made Hotel Kurrajong his residence of choice, and dined in the original restaurant up to three times a day, during his 11 years in office (1940’s and early 1950’s).

With a strong focus on premium beef, Chifley’s features a stand-alone steak menu, where customers can choose from 18 different cuts including David Blackmore Wagyu and Cape Grim Black Angus, each listed with its weight, origin and marble scores. The quality of the product on offer will set a new standard in Canberra due to the grade of the beef – determined by marbling and age of animal – and the number of different cuts available.

Chifley’s Executive Chef Michael Chatto, formally of Italian & Sons (Canberra), Artespresso (Canberra), and Pier (Sydney) is recognised for his work over the past 10 years attracting Australia’s top producers to supply the nation’s capital. He said sourcing high-grade beef and seafood to ACT is a challenge, due to its location and cost of freight.

“Historically getting Australia’s best producers to supply Canberra has been quite complicated. Logistics and costs have driven supply down even when demand exists. Now we’re really starting to gain traction.

“We have secured suppliers like Sydney butchers Victor Churchill and Andrews Meats for specialty cuts, and Sydney Fish Market for hand- picked seafood, which is air freighted direct to Canberra each morning.

“Whether its harnessing nationally recognised top quality beef, or locally sourced fruit and vegetables, I truly believe we have set a benchmark to be reckoned with in the ACT,” said Chatto.

Chifley’s wine list features a selection over 120 local and international premium reds and whites, overseen by Catherine Sharland. Formerly of Rockpool Bar & Grill Perth and Must Wine Bar, Catherine will relocate from the west coast to become Restaurant and Bar Manager at Chifley’s.

Chifley’s design and decor is inspired by New York steakhouse institutions Peter Luger and Keen’s Steakhouse, with a focus on the 1920’s era. With architectural design by Peck Von Hartel and interiors by SJB, the property has been transformed into a warm, timeless and understated space featuring rich mahogany timbers, leather banquettes and chandeliers.

Chifley’s Bar & Grill will seat 120 in the restaurant, 40 in the bar, and has several private dining areas for up to 12 people. Reservations are welcome. 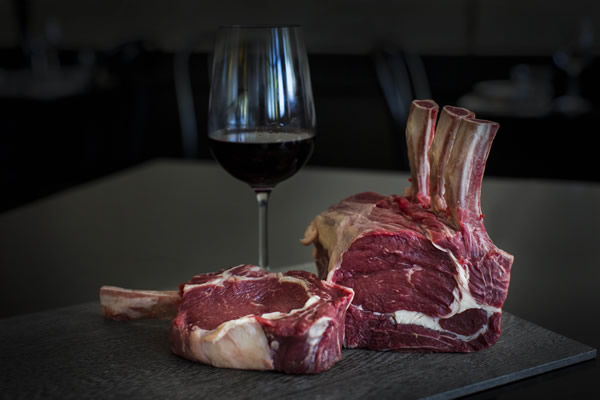 Mick is one of the best in town, and very much looking forward to having an entree of his signature sashmi and a nice steak medium rare!

Looking forward to finding a place in the ACT that cooks a great piece of beef really well, or better than i can cook it at the very least.

Judith White - 2 hours ago
While speaking about racism to a friend whose skin is very, very dark, she said '" Ï don't see colour ." Does that make my f... View
Aaron Still - 13 hours ago
Rob Thomas clever way of putting it 👍 View
Business 38

Bronwyn Tolley - 9 hours ago
Karin Hagel Prince Phillip at Buckingham Palace, July 20th 1969. The day man landed on the moon ! View
Maya123 - 10 hours ago
LOL, I have about nine pairs of shoes I wear away from the house. Plus two handbags, which I haven't used for about two years... View
Tig Beswick - 12 hours ago
Robyn Lynette Pierce - when I was a little girl, I went to the NSW Governor General’s house because my dad had been invited... View
Breaking 1

@The_RiotACT @The_RiotACT
Mothers and children are being forced to sleep in their car as access to emergency housing in Canberra reaches a crisis point, says the @WomensLegalACT https://t.co/xdyOQdAxb5 (38 minutes ago)