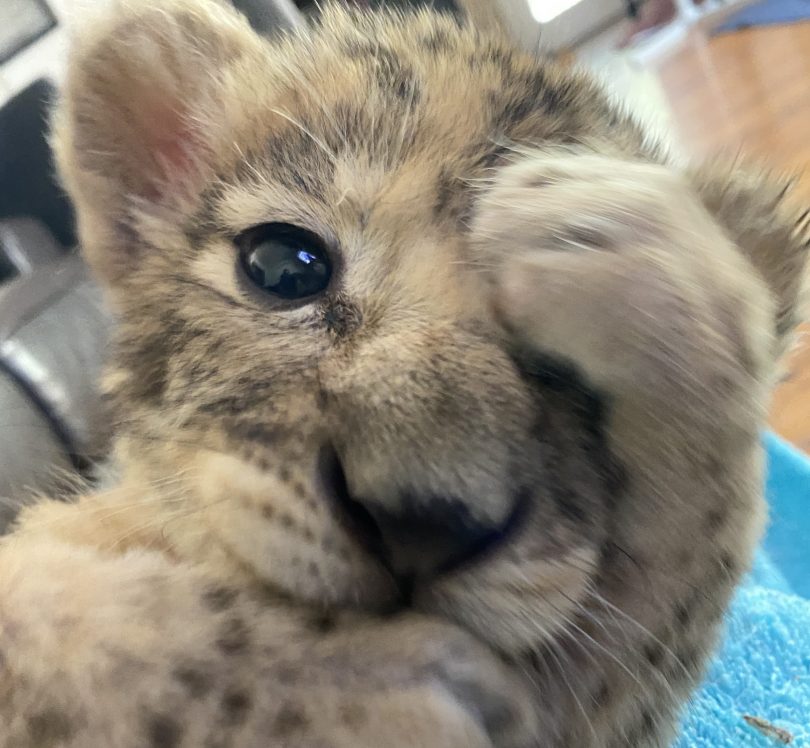 The zoo’s director Chad Staples has been taking care of the girl cubs at his house since their mother Zuri and siblings tragically died, and was given the honour of naming them.

“I wanted names that worked as a pair and paid tribute to the cubs’ heritage,” Chad said. 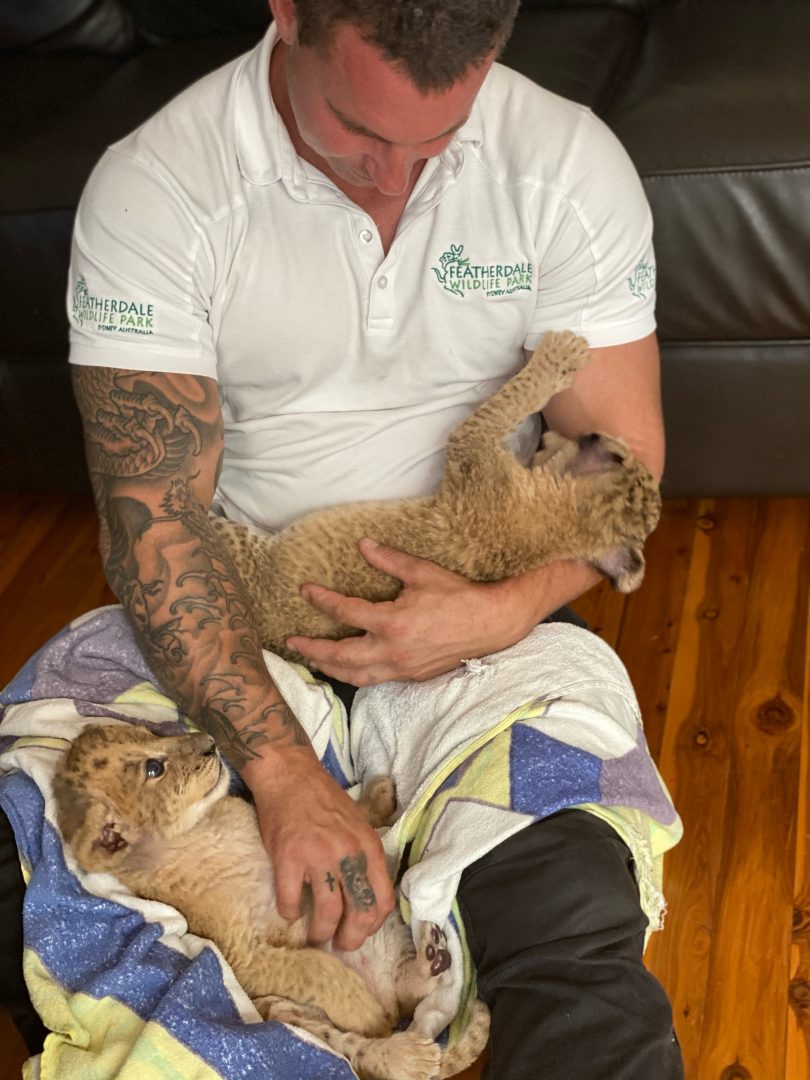 Mogo Wildlife Park director Chad Staples has taken care of Moto and Maji at his house for the past month. Photo: Supplied.

By coincidence, Moto is the more courageous, firey cub of the pair, while Maji is a lot calmer and relaxed.

“I gave the cubs their names a bit over a week ago to see if they suited and it’s funny how they do,” Chad said.

Playing mum soon after Moto and Maji were born on 8 December has been hard work. However, Chad said it’s also been a rewarding experience.

“They’re amazing little clubs. They’re feeding and growing really well and starting to play a lot,” Chad said. “Like anyone who’s looked after a baby or cared for anything young, you feel like you’re living on fumes, but it’s the most rewarding thing you’ll ever do.”

Moto and Maji’s favourite thing to do at the moment is sucking on each other’s ears!

“They’re very tight. When I’m feeding one, the other one cries out, and they hate being left alone,” he said.

The pair is still being fed milk from a bottle every three to four hours but will be introduced to small pieces of white meat in about two to three weeks.

They weighed just under 1.2 kilograms when Chad took them on and now weigh 3kg. Eventually, they will grow to weigh around 140 kg – the size of their mother before she died. 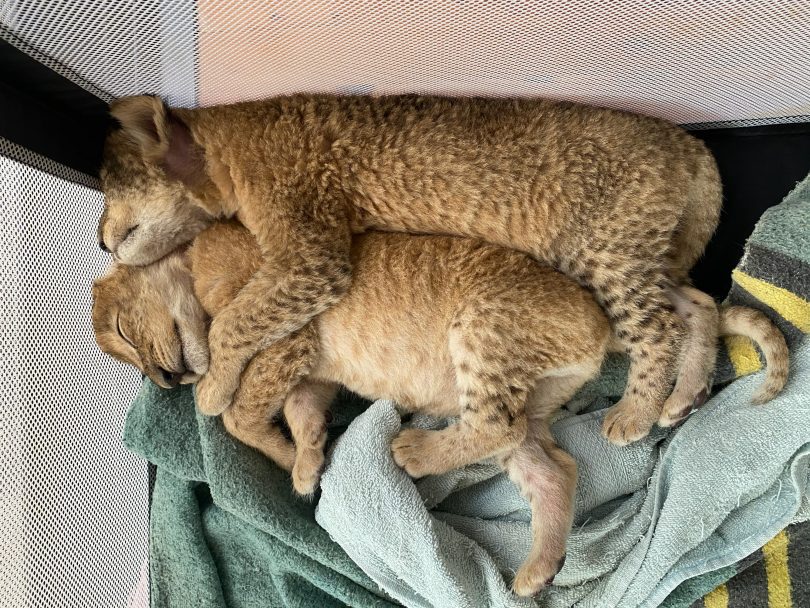 Moto and Maji love to cuddle each other and hate being alone. Photo: Supplied.

However, it will be a while before Mogo Wildlife Park visitors get a chance to see Moto and Maji as they have much growing to do and many vaccinations to receive before they can go into their own enclosure.

“The girls will need a lot of help for a long time. The one benefit is that they’ve been hand raised, so they’re very good around people and at some point, they will have to start seeing lions again,” Chad said. “We will wait to see. In a lot of ways, you let them tell you when it’s time to cut the apron strings.”

In the meantime, Chad is posting updates and photos of Moto and Maji on his Instagram (zookeeper_chad) and Facebook (@zookeeperchad) pages. 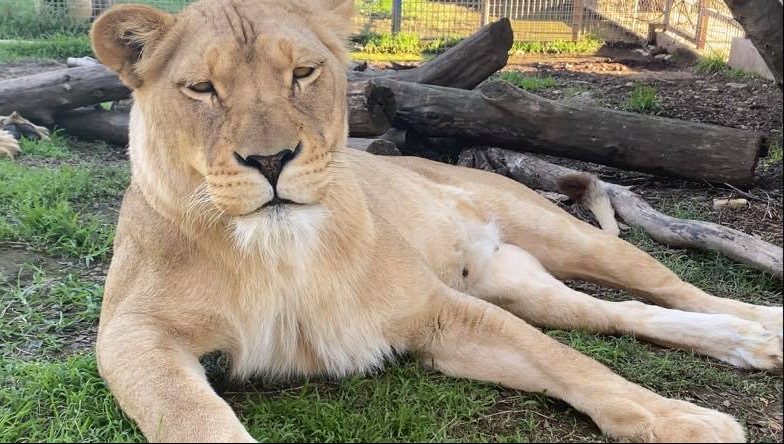