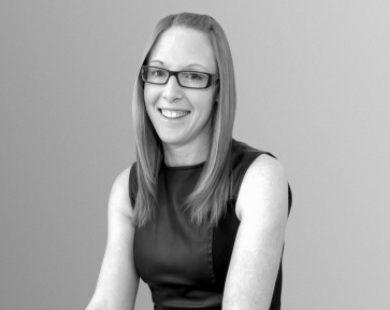 Charges will be dropped against Bridie Harders on Monday. Photo: Aulich.

One charge against her boss Benjamin Joseph Aulich was also withdrawn, but he still faces charges of conspiracy and recruiting people to engage in criminal activity to which he has pleaded not guilty.

In court, when requesting a four-week adjournment, Aulich managing partner Peter Woodhouse said a “voluminous brief” regarding Mr Aulich’s matter had been served and he was still processing it.

He said once that was done he expected to be in a position to progress the matter.

Magistrate Glenn Theakston accepted the withdrawal of the charges, continued Mr Aulich’s bail and adjourned his matter to 10 May.

9 April, 2:40 pm: Prosecutors have given notice they will drop charges against Canberra lawyer Bridie Harders, who was charged with conspiracy to deal with the proceeds of crime in December last year alongside her boss, lawyer Ben Aulich.

An accountant was also arrested following the police investigation.

Ms Bridie and Mr Aulich were charged with conspiracy to deal with the proceeds of crime exceeding $100,000. Mr Aulich was also charged with recruiting people to engage in criminal activity.

It is understood charges against Ms Bridie will be formally dropped next week as there is little chance of a successful prosecution.

The news was welcomed by the law firm, Aulich, which issued a statement indicating the matter would be withdrawn on Monday (12 April).

“It has always been our position that there was insufficient evidence to bring a charge against Bridie in the first place. Naturally, we are all very pleased with this outcome for Bridie and it comes as a great relief to her and the Aulich team,” managing partner Peter Woodhouse said.

“The defence of Ben’s matter continues and we remain hopeful of the same outcome.”

Mr Aulich is due to appear in court on Monday.

Lewis P Owlay - 8 minutes ago
Nicholas Adam Ill-k I’m assuming you’re all over this? Mi goreng one looks like the truth View
Peter Chamberlain - 27 minutes ago
Best toasted sandwiches in town!!! View
Shane Westmore - 2 hours ago
funnily enough, a craft beer pub in Collingwood (Melbs) i was at last weekend was doing choose your own fillings: ham, chedda... View
News 17

HiddenDragon - 3 hours ago
Why stop with repatriation flights? The logical conclusion to the economies of scale argument (which is equally relevant to j... View
Capital Retro - 6 hours ago
Forget the "the significant costs and operational requirements associated with the program." being the reasons. The risk is u... View
ChrisinTurner - 7 hours ago
It is amazing how the number wishing to return home has remained constant despite over 100,000 returns. View
Sport 4

Fortress Epiphany - 10 hours ago
Skye Rutherford, this explains a bit. View
whatwik - 11 hours ago
"And when these materials do arrive, they have been going missing from job sites, builders told Region Media" When our renova... View
Karen Feng - 11 hours ago
I rather they declined than do a terrible job. I rather they declined than work themselves or their employees to death.... View
Property 1

A father allegedly hit his 16-year-old son in the back of the head before threatening to slit his throat after...

@The_RiotACT @The_RiotACT
Supergroup debuts, homegrown talent and indie punk - check out the #GigGuide for what's in store! https://t.co/2G4Dlxv24m (37 minutes ago)