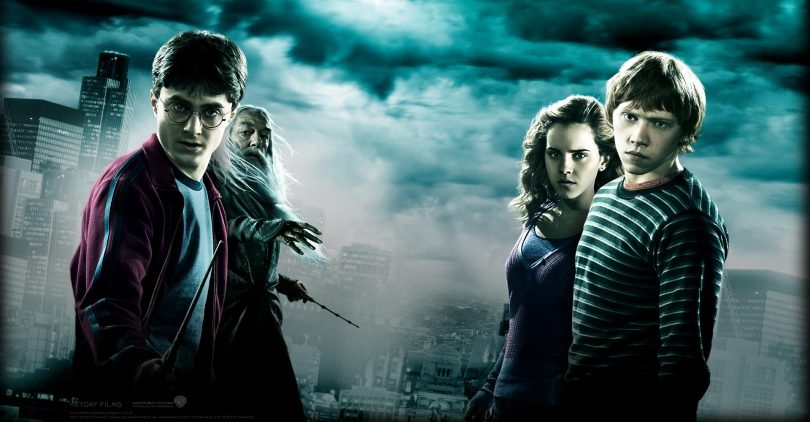 It’s going to be a magical weekend with Potterfest marathon at Palace Electric.

Just in case your schedule wasn’t already filled to the brim with films, Palace Electric Cinemas are set to host two massive movie marathons over the coming weekends – one full of magic and wonder; the other, terror and suspense.

This Saturday, October 20, muggles and mudbloods unite for POTTERFEST. With more Harry Potter than you can poke a wand at, the all-day event gets underway from 11 am. All EIGHT films from the Harry Potter franchise will be screening back-to-back throughout the day and well into the evening. For the uninitiated (unlikely) who may be attending, that means:

As if that wasn’t already enough, Fantastic Beasts and Where To Find Them will also be included to whet the appetite for the upcoming Fantastic Beasts: Crimes of Grindelwald due out November 15.

This wizard-bender pretty much sells itself but on the off-chance this article has cast a spell on you and you’re now an interested party yet to pick up a ticket, there are still some available. You can purchase them at the Palace Electric box-office or online. $40 for members / $45 non-members. Next weekend, Palace Electric plays host to a second movie marathon in as many weeks with Spooktacular: The Night He Came Home – 40 Years of Halloween. Writer/director David Gordon Green (Stronger; Joe; Pineapple Express) has recently completed work on the soon-to-be-released and latest instalment in the legendary horror franchise. Get prepped and sharpen the senses with this harrowing movie marathon of all EIGHT previous films screening through the night of Saturday, October 27.

Just in time for the release of the sequel to end all sequels (unofficial – more sequels will probably ensue), this marathon to end all marathons arrives right on cue as Halloween (2018) hits theatres October 25. You would swear the whole thing was planned what with Halloween at the end of the month! Frighteningly good marketing.

The marathon will include all films from the original series thus far:

*Writer/director Rob Zombie’s 2007 remake and 2009 sequel will not screen as part of the marathon.

The unrest commences at 7:30 pm. Tickets are $40 for members/$45 for non-members. Purchase tickets at Palace Electric or online. Sink your metaphorical knives in and celebrate the 40th anniversary of one of the most enduring film franchises – horror or otherwise – ever.

kenbehrens - 25 minutes ago
Difficult question. I've often thought that fines are inequitable with those on higher incomes not adversely impacted. Yet th... View
domenic - 2 hours ago
Penalising people differently based on their ability to either do well for themselves or not is a socialist ideology that I d... View
Spiral - 4 hours ago
It destroys my faith in the system when I know he has been pulled over several times while driving unlicensed and just allowe... View
News 4

bj_ACT - 44 minutes ago
Tuggeranong’s water quality has not been getting better. I didn’t know you were such an easy marker on the score of ACT g... View
chewy14 - 2 hours ago
BJ, The problem is that short of getting rid of the Lake entirely, there is no easy (or cheap) solution. Most of the problems... View
Mikey Moore - 3 hours ago
Turning an artificial pollution trap into a clean waterway with actual amenity is a huge ask with countless unknowns. It was... View
News 1

Billious Odie - 7 hours ago
I guess it’s better than a few busted commodores View
Peter Bucke - 7 hours ago
Has it been booked for parking on the nature strip ? View
News 44