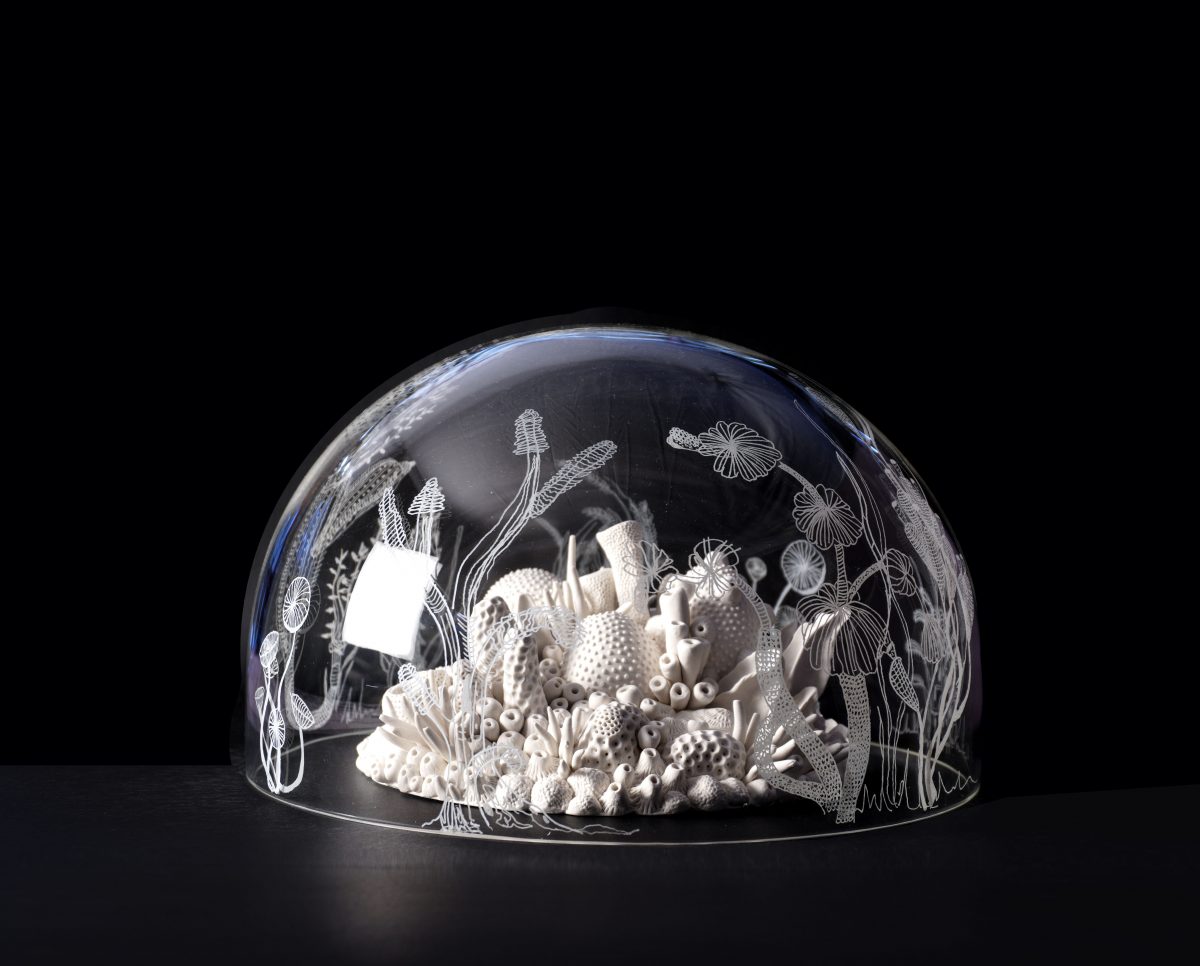 Surface Beneath, by Alexandra Hirst and Mirjana Dobson, was highly commended in the Emerging Artists section of the 2022 Waterhouse Art Prize. Photo: National Archives of Australia.

Not all records of our history have to be dry, old documents: if you’re lucky, according to the director-general of the National Archives of Australia (NAA), Simon Froude, they can also come in a form that takes your breath away.

For Mr Froude, it’s an exhibition of the 2022 Waterhouse Natural Science Art Prize, which has just opened at the NAA in Canberra.

The Waterhouse prize, a travelling exhibition from the South Australian Museum, has been running for the past 20 years. Artists are invited, through their work, to make a statement about the scientific issues facing our planet, giving them a national platform to contribute to the environmental debate.

Mr Froude, director and state archivist at the State Records of South Australia prior to taking up the top job at the NAA in May this year, said he had watched the prestigious art prize grow. 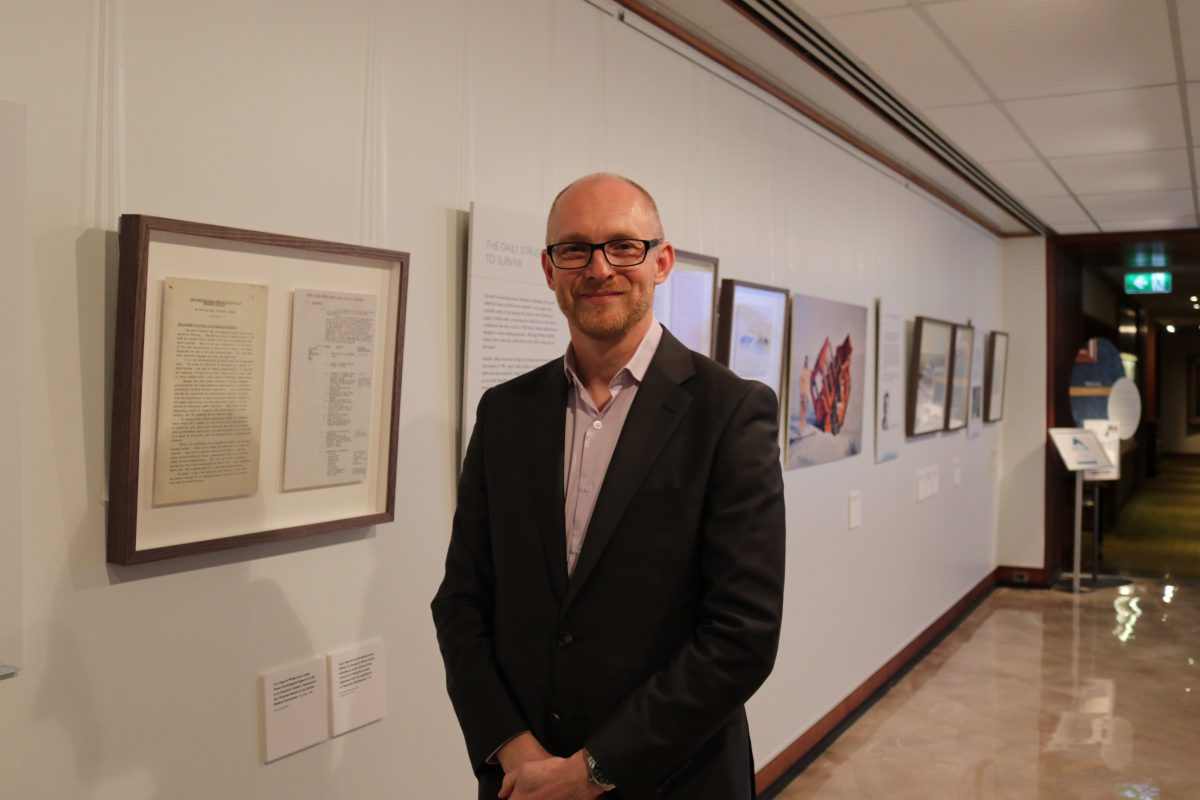 “It’s quite a unique art prize,” he said, “because it brings thoughts and thinking around the natural science and art worlds, with some quite rare species on display. Many of them are such beautiful pieces that make you think of how we as humans interact with the natural world.”

Mr Froude said the stories told through the Waterhouse were not a million miles from those already told at the NAA.

“Our collection here at the National Archives tells the stories and holds the memories of the nation,” he said. “We do that through holding records and other items – but they’re not all just paper records. We have photographs, film, unique pieces that either singularly or collectively talk about how society is feeling at a time through interaction with people.”

More than 20 entries for this year’s Waterhouse were curated for the NAA exhibition with a number of strong Canberra connections.

Artist Anne Hayes collaborated with the Australian Botanical Gardens in Canberra to select specimens for her submission – Banksia seritafolia.

“I’ve always been fascinated by banksia seed cones,” she said. “They are the perfect specimen to paint and draw with all their detail and unique shapes. They also provide a wonderful challenge with so much detail to capture.”

Mr Froude also paid tribute to the team at the NAA who installed the exhibition – “I’d like to give them a shout-out because of the way this has been curated. It’s very powerful and evocative when you walk through it. 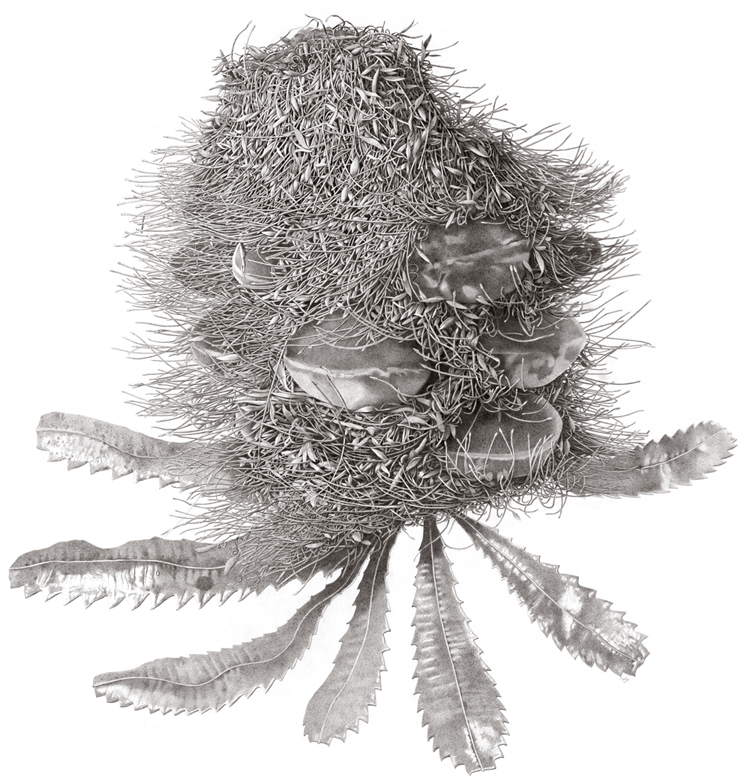 Banksia seritafolia, by Anne Hayes, whose work was inspired by specimens from the National Botanic Gardens in Canberra. Photo: National Archives of Australia.

“I think everyone will find a piece that resonates with them.”

Asked if there were one in particular he’d love to hang in his office, Mr Froude said it would be Endangered by Cathy Gray, which won a People’s Choice award. 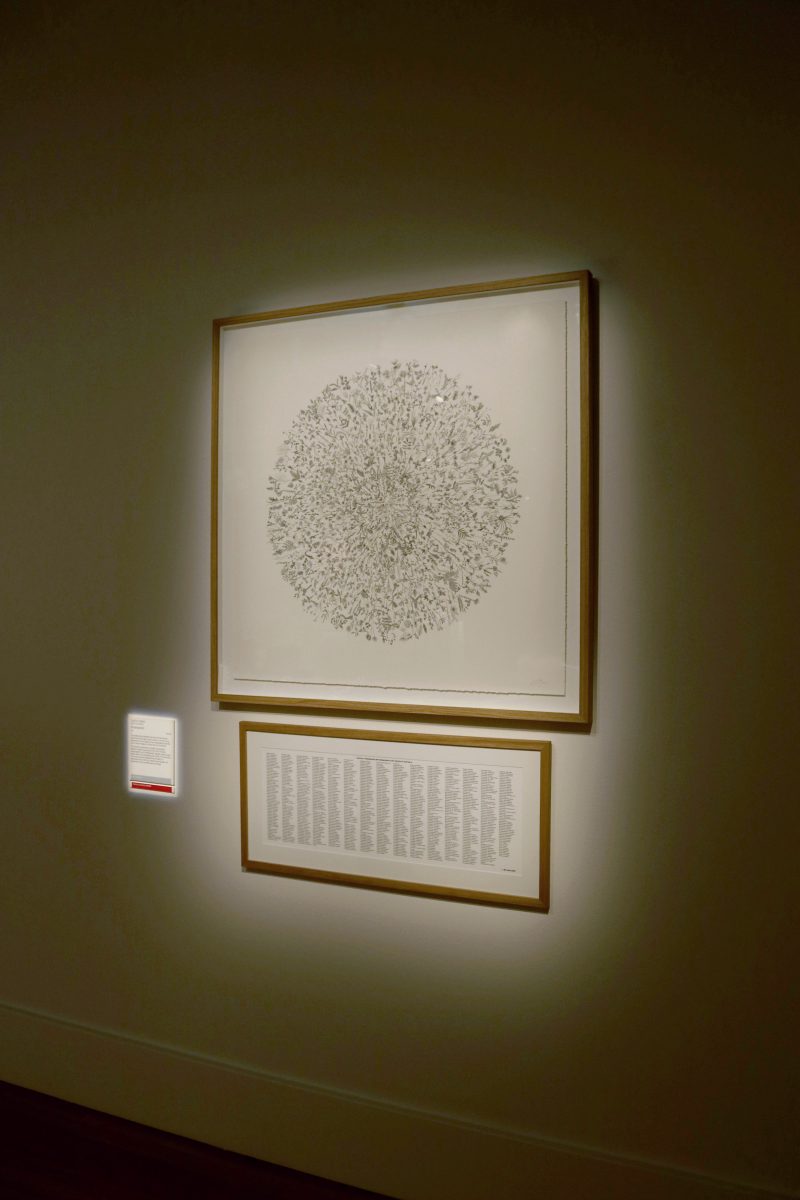 NAA director-general Simon Froude said one of his favourite images in this year’s Waterhouse prize was this piece by Cathy Gray, Endangered. Photo: National Archives of Australia.

“It is a breathtaking, detailed pen and ink mandala showing 757 of the 758 critically endangered Australian plants,” he said. “It’s a very detailed and beautiful piece that both draws you in and pushes you away. It resonates on how humans have impacted on nature and how we need to take a step back, take care of our environment and not repeat what we’ve done in the past.”

Gray’s piece was also highly commended by the judges.

The Waterhouse Natural Science Prize is on show at the National Archives of Australia until 13 November, 2022. Free admission. Open daily. 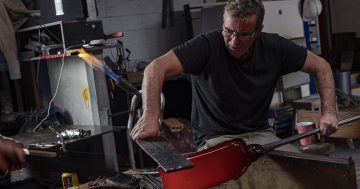