Nerd or Geek? Which side do I sit on? Linux.conf.au

I went to register at linux.conf.au tonight. If I had my life together I’d have been able to frolic through linuxy goodness all through the day but instead I had to get just a taste and scurry off. Hopefully other days will bring other joys and the final Saturday will certainly be able to enjoy my full attention.

Walking into the Manning Clarke complex at ANU I was first struck by all the laptops. The hallway was filled with couches and (mostly) men on the couches with laptops, many of them were showing small crowds what they were doing on their laptops.

My own 12â€ iBook is currently on order (might arrive next week) and even if it had arrived this week I doubt i’d have had time to get a linux dual boot on by now. In any event, without a laptop I had no chance of fitting in. Even worse I was not wearing the conf uniform of jeans and t-shirt. Work shirt (with french cuffs worse luck) and suit pants were not an â€œinâ€ look.

I found the information desk and (after producing photo ID) was gifted a pass and, on request, a schedule.

The pass decribes me as â€œa mysteriously allegorical analysisâ€ which might be intended as an insult but I intend to wear as a red badge of courage on behalf of all the mysterious allegorists of the world. It also contains what looks like login information for a wireless network (I could be wrong)

Under my description is a cryptic line

That brings up an empty jed screen on RiotACT’s server (but how did they know we use the relatively obscure jed?).

Having got my pass I wandered into the lecture theatre.

A quiz show was in session. The two teams were called â€œnerdsâ€ and â€œgeeksâ€. The master of ceremonies was a pudgey brit in a sequined emerald jacket. The contestants were apparently uber-geeks of some description but I’d missed the start.

The quiz involved something about programming languages, and challenges from the competing teams included such gems as â€œHow can you say bash and csh are too similar when you allowed C and C++???â€

I got at least half the jokes everyone else was laughing at.

People sometimes questioned if the programming languages being quoted were, in fact, real. No-one at least claimed to have written it themselves that morning.

This hilarity (and I’ll confess to enjoying the atmosphere and *gasp* the pretty girls in the room) soon wound up with victory being erroneously awarded to one side and then, after a re-count was demanded, another.

It was now time for BOFS.

OK, what the freak are BOFS?

Hundreds gathered around a notice board, and so I did likewise. Hmmm. â€œBirds Of A Featherâ€ There was one on electronic music in theatre 3.

I walked in, some guys were clustered in a corner watching a laptop at work. A guy was sitting behind the front desk and asked me what I wanted to listen to. Ummm, no preference. He put on a loop of doof doof doof. A particularly uncool nerd couple came in and complained that they’d been expecting music. I waited ten minutes and nothing happened apart from a particularly nerdly conversation.

â€œIs that [insert forgettable name of doof practitioner]â€
â€œWhy yes it is, do you know which album?â€
â€œummmâ€

This is nerd one-upmanship at its finest.

After ten minutes of inactivity I decided I really had to be getting on.

I did a couple of laps of the crowd, mostly people deciding if the Wig and Pen or the Phoenix was a better bet, and then walked out into exactly what I’d come there for.

A guy was dressed up in a virtual reality rig with a laptop strapped to his back, a satellite communications pillar rising over his shoulder, and a small toy plastic gun in his hand.

A game of Quake was being interlaced with the real world around him and he was trying to shoot monsters as they leapt out of the undergrowth of ANU at him.

A crowd was following around behind him watching his torments on the laptop screen on his back.

Unfortunately it seems Canberra has inadequate satellites (?) so he could only stand on the spot.

P.S. Word has it that Andrew Tridgell was sighted gathering supporters and legal advice. His keynote is tomorrow. Hopefully I can get someone to report it.

i love nerds and geeks. There’s something about those glasses with reflections of computers in them that just makes me hot!

My understanding (and operational belief) is that a Nerd knows a whole bunch of esoteric knowledge. A geek knows what to do with that knowledge. Hence why nerds can cross over to being geeks – someone who needs an answer asks them a question, and gets the answer they wants.

The difference to me is that Nerds are socially inept Geeks. I’ve also noticed that most nerds cross over a couple of years into a professional career.

dont you guys all remember the FreeBSD She-Devil?

She helped write part of the system to my knowledge, this was a few years ago mind you.. but my god, neck to toe in red latex, with a pair of cute lil horns on her head.. size 10 C, she was the symbol of hope for all nerds out there that there are hot chicks into unix… well back then.. atleast 1

I think the thing that seperates nerds with geeks… is that geeks are interlectually (i bet i mispelt that) smart, nerds are computer/technology smart.

Im actually in the process of setting up a solaris 9 network at home, maybe about 4 PC’s for now.. ive been staying faithful with knoppix on the work laptop, but i havnt really got around to setting up a dual boot setup. i couldnt be stuffed to tell the truth.

I always thought a BOF was a Boring Old Fart?

Spectra – I have confidence you will rise to it.

Blossy – very true – once you reach that stage, either nothing can make you smile, or everything is hilarious. I’ve watched the sun rise from those labs 🙁
Johnboy – arg – suddenly I have this massive sense of responsibility 🙂

For the record, I saw few females at all in that building at 3am.

Thanks Spectra, I have other contacts but I’ll leave it in your hands.

I’m guessing that when you’re searching for a single typo in thousands of lines of code, at 3am before an assignment is due, and on lots of Coke and no sleep, “Tridge the Fridge” is really funny…

I’ll try to cobble together some notes from the keynote, if you don’t know anyone else who’ll be there.
And sk8er – I can vouch for the fact there were indeed a few pretty girls there – though the ratio of them to guys was not what you might have called “favourable”.

Oh, how silly of me.

It’s a fridge. With “Tridge the Fridge” written on it. Those comp sci guys know a good joke when they come up with it. (If anyone claims I was one, I’ll deny all knowledge…)

Its just that – a fridge. In the bowels of the Computer Science and Information Technology buildin at the ANU, there is a fridge, on which someone (for reasons totally unknown) has written “Tridge the Fridge, ‘coz he is cool” with permanent marker.

trying for a pass grade???

Tell us more of this Tridge the Fridge?

Actually I’m not really a geek, I didn’t buy this computer originally nor install linux on it. I don’t even know how to use it. My claim to Tridgell fame is seeing the “Tridge the Fridge” fridge in one of the breakouts in the computer science building at uni.

oh yes, and a pretty girly geek at that 😉

I have a crappy iMac with a fading screen, but its running yellow dog. Oh, and there is a stuffed Tux toy sitting on top.

do I count as a geek?

The pretty girls I saw were mostly talking to each other. But they were smiling and waving to guys they seemed to know.

I knew a pretty girl who asked me to install linux for her in 1999. But I’ll admit in retrospect that might have had more to do with getting me to come round to her place on a regular basis than an enthusiasm for the software.

Well colour me purple and erase my iPod, who woulda thunk? Is this a sign of the apocalypse, or that Linux really is mainstream?
Oh, and did any of the nerds actually talk to the pretty girls?

I swear to you they were there.

My running commentary on your commentary…
Men – hah!
Linux on an iBook – double hah! Not even his holyness Tridge could get me to ditch O-Sex.
Geeks & jokes, don’t worry about it, not even they understand the humour.
Pretty girls, now we know you’re daydreaming.
BOFs, yeah, silly acronym looking for a purpose. Sometimes good (when they get a stripper), sometimes not (when they don’t).
Geek with a laptop surgically attached, yeah, that’s the next greatest thing, don’t you read /. ?

Jan McElligott Jan - you do understand that there are two chambers in the federal parliament, don't you?… View 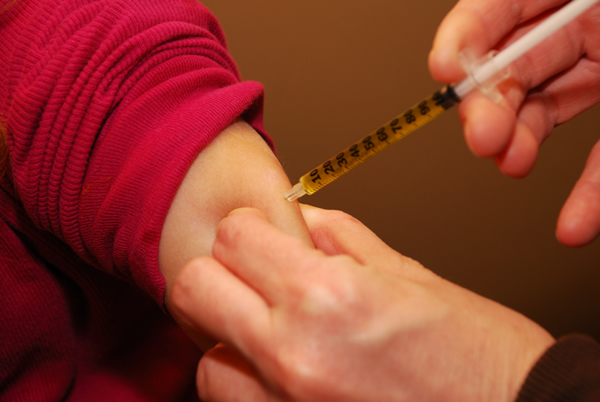